Be sure to have your sound on to fully experience this awwdorably magical moment - a pup's awoo! What is an 'awoo' you might be asking, and good question! An 'awoo' is a replacement for the word howling, the 'awoo' is the sound of a howl and therefore has been more commonly used to describe a dog's howling instead of simply saying, "Check out those wolves howling!"

Awoo's are simply the cutest, and watching a pup really get into an awoo is too much cute for us simpletons to handle. The awoo's are all different and we're head over heels in love with them all. Truly, we have no favorite when it comes to a pup's awoo. Get ready to feel all that warmth fluff instead of you because this is guaranteed to bring up those serotonin levels! 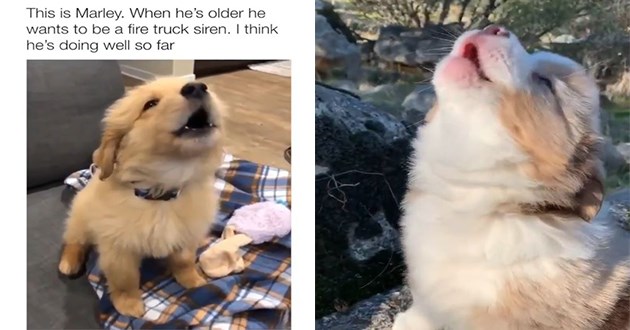 For five years, this Twitter account has brought so much joy and happiness to the world and for years we've followed and fallen in love with each and every dog rating, and today we celebrate with fresh new dog ratings! For anyone going through a difficult time or just looking for good news, 'We Rate Dogs' will deliver you the boost of uplifting wholesomeness you seek.

And we will also be celebrating with older dog rates to continue this heartwarming and wholesome moment! Nothing quite lifts our spirits than a good ol' fashion dog rating.

Thank you, 'We Rate Dogs', the world will always need you. 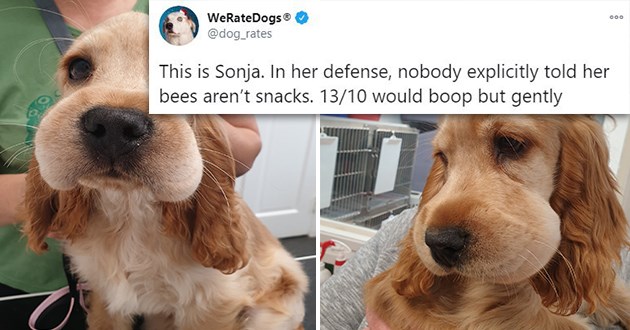 Doggo snaps are just pure happiness and love rolled into a single image. Dogs are undeniably wholesome and adorable, their energy is unmatched. If you are in the presence of any pup, we guarantee you they have the power to make you smile. Dogs are the answer the happiness, just like all pets are.

We simply cannot get our fill of doggo snaps, they provide us with happy feels and we want to hold onto that feeling as long as possible. If for some reason, this hearty collection doesn't fill your happiness meter, you are more than welcome to recharge further with last week's gallery! There is always enough juice to go around! 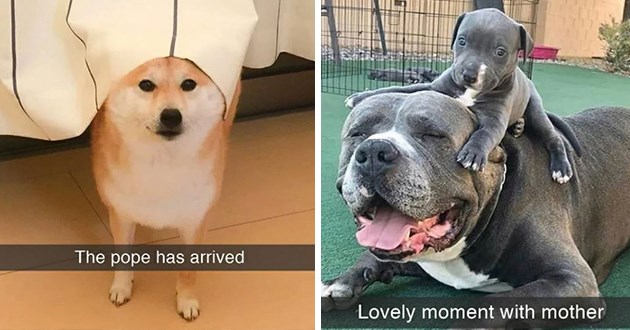 What is 'Butter Dog,' you may be asking. It's a good question and thankfully we have Know Your Meme to rely on. 'Butter Dog' is the nickname given to a dog in a now-viral video. The video showcases the dog with an individual pack of butter on top of its head. Then the dog is seen thrashing around while the user recording says, "Dog with the butter on him, dog with the butter." It originated from a video posted by iFunny and quickly went viral on TikTok, and other platforms. It has seen become the subject of wholesome memes in the following weeks.

We don't know much about 'Butter Dog' but we do know that we can trust him and that he has already won our hearts. Users from various platforms have also drawn fanart of 'Butter Dog' which is simply delightful. 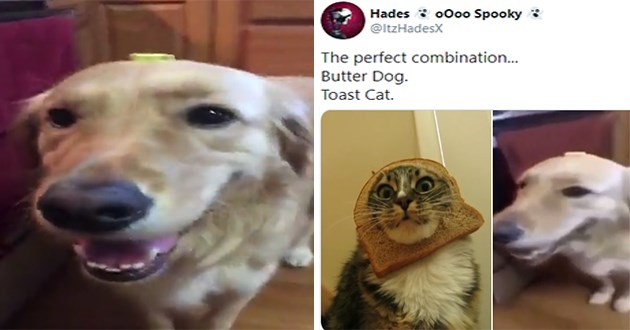 Great Danes are so freakin' adorable because they don't realize just how big they are. They are huge with equally huge hearts and so they simply act as if they're small enough to sit on your lap. They aren't small enough and they won't fit, as hard as they try and boy, do they try!

We have a great appreciation for these giant puppers, they are often the most gentle of dogs. Giant dogs do not understand their size just adds to their overall adorableness and their gentleness.

A common misconception is that Great Danes are called that due to their size. In reality, they're called that because they're all great.

Get yourself situated for these big ol' boofers! 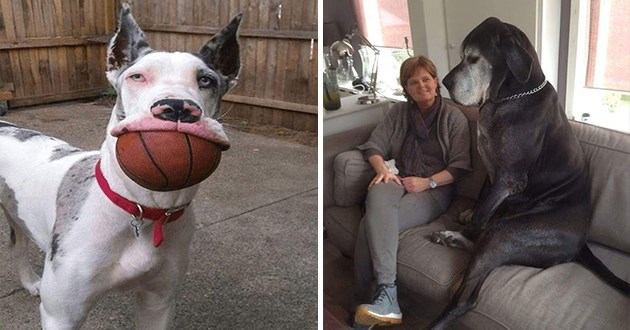 So many good boys and girls all in one post! We obviously get a good fill of cat snaps on the weekly basis but we also need some pure doggo goodness to help set balance to the force. Dogs are magical animals who bring us so much happiness and joy, it's hard to capture it within a photo but these snaps do a heckin' good job!

These weeks have been tough and we have no idea when things will get better so we have to drown out the negativity with wholesomeness. And that wholesomeness can come in the form of memes, tweets, or just photos of animals. Animals have a way of uplifting spirits and doggos tend to lead that pack.

Get ready to submerge yourself in some doggo goodness, and don't worry, take your time. There is no rush. 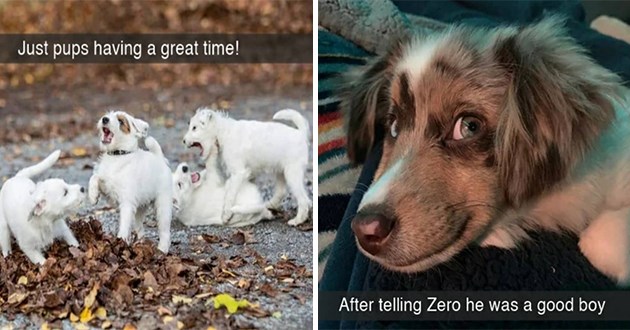 Twitter user @soapachu brings up a really solid point, "a corgi crossed with any other breed just ends up looking like a corgi disguised as the other dog." And after seeing the proof below, there's just no denying the truth.

Corgis crossed with other dog breeds do indeed just look like a corgi donning a costume. And they do it wonderfully. Our Spooktober continues with corgis disguised as other dog breeds, just in time for the Halloweenie feels! The best part? Each photo below is probably just the cutest thing we've ever witnessed. Corgis are already known for the cuteness, heck, all dogs in general just scream adorableness. But for each breed to have the miniature-ness of a corgi? We're melting. 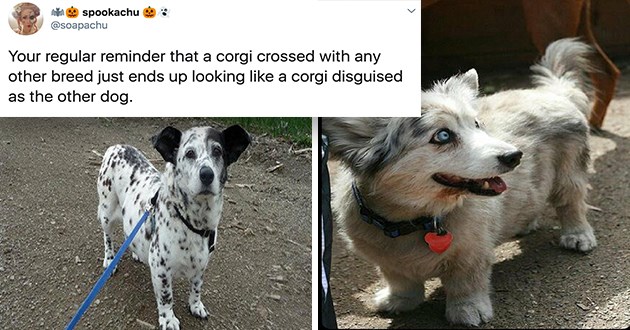 Doggo snaps are always a pleasure! Dogs, in general, are just the goofiest, giant (or small) waves of energy and happiness. When you come across a random dog on the street, you bet you can't help but smile, right? We know, we're the same way. We can just see their happiness and it somehow infects us, even if we don't know the pup.

Dogs are love. They ooze love and we're just here to beak in their beautiful energy. Doggo snaps harvest that energy and help us spread that joy around. If you feel like you need some extra lovin' today, you've found yourself in the exact right place. 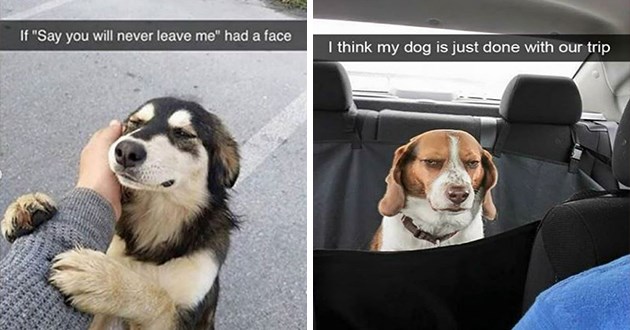 Cat snaps are always delightful but doggo snaps bring some major hilarious antics to the mix! Often, doggo snaps are utterly wholesome and make our hearts feel like they're being squeezed by pure love. This time, however, we managed to scrape up the silliness that makes doggos such a joy to the world.

Don't worry, we still sprinkled in a dash of wholesomeness, we know what you like. Get ready for some rootin' tootin' doggo snaps because they're coming your way and they're coming in fast! 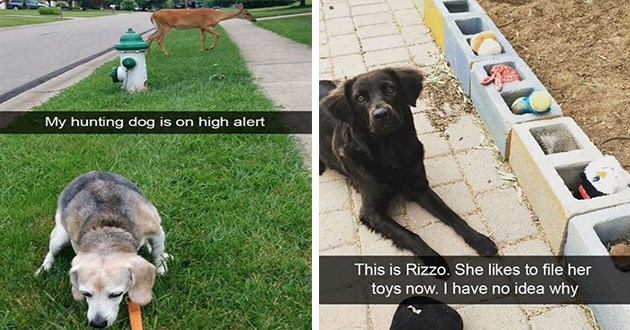 Or "Shoebill" dog. Get it? Because of the giant beak and the name has 'shoe' in it... nevermind.

This new breed of dog isn't as rare as you think! You've probably had even seen the magnificent dog-platypus hybrid and didn't even realize it! We should all be on the lookout from now on for these beauties. They are undeniably a work of art and anyone who says differently can still do so because we all have individual thoughts and freedom of speech.

Enjoy some footage of the newest dog breed! 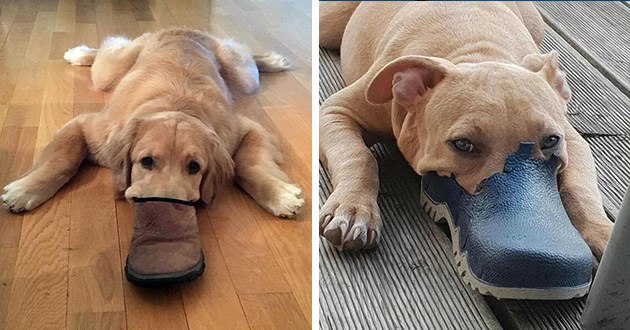 We love German Shepherds! They are majestic yet goofy at the same time. Which is really the most adorable combo there is! Not only are they loyal and trustworthy, but they've got those big floppy ears that they hardly grow into.

They are also one of the most intelligent dog breeds around! These noble animals are simply one of the best and we need to paws and appreciate their beauty and silliness.

If you feel the need to further your appreciation for doggos, we also have a wonderful gallery of huskies that deserve attention. 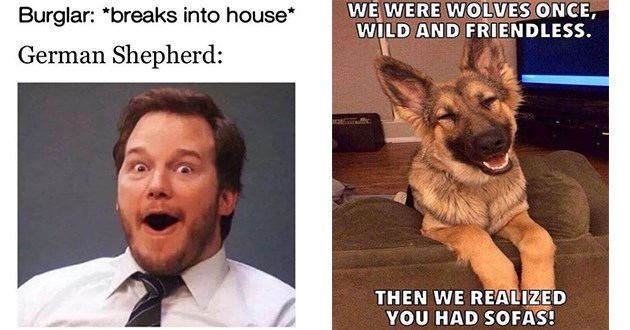 You might need to prepare mentally for this next collection of pictures... because you're either going to be incredibly intimidated by doggos who are clearly smarter than all of us, or you're going to get weak in the knees because of all the cute. Dogs in glasses. Yes, they are 100% more intelligent than us. Why would they be wearing these glasses if they weren't? Duh.

Dapper and absolutely adorkable. Some of them are even smart enough to give you their paw and let you shake their hand when you ask for it. What other proof could you possibly need of their genius? They even figured out how to use toilet paper as a toy. Like- they're basically Einsteins, all of them. And these cats in glasses too. All animals wearing glasses are inherently smarter than any professor. Obviously. Like we even need to explain that. 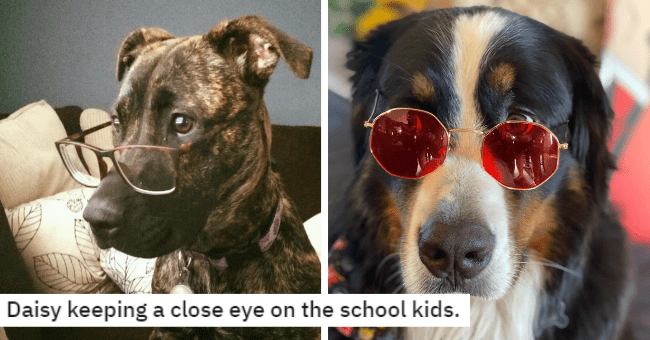 Delivery! Come get your good boy and girl memes, fresh out of the internet oven!

Oh boi, oh boi, what a delicious round-up we have for you all! A little bit of wholesomeness, and a whole bunch of silliness -- the perfect blend of doggo goodness!

Come and get 'em while they're hot! 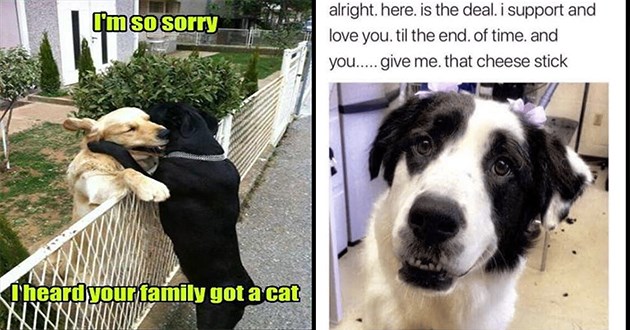 Wholesome Pups Who Brought The Feels This Year

Where would we be without dogs in our lives? Don't answer, we don't want to know. We don't even want to imagine such a world.

Dogs are the epitome of wholesomeness. They are just so good and so pure, the thought of them just makes us tear up. And while this year has been hard on everyone, dogs have always and continue to lift our spirits, our hearts, and our love.

To all the good boys and girls out there, this is for you! 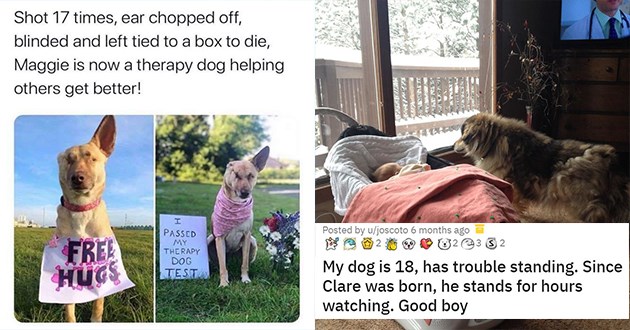 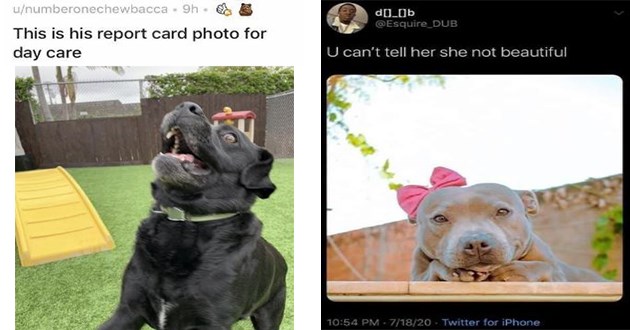 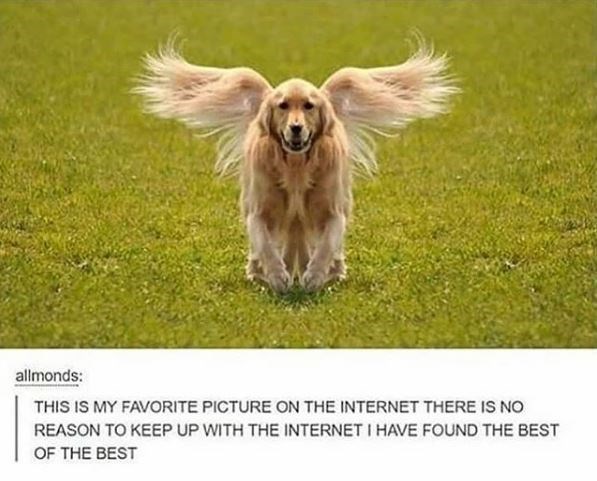