One of the downsides of being a pet owner without a vehicle at your disposal is that getting around in a pinch typically means you're at the mercy of someone willing to transport the two of you in good faith. Uber knows this can be tricky, and it's launching a new pilot, Uber Pet, to help ease this process for all involved parties—assuming everyone's on their best behavior.

According to Uber, the latest offering will allow riders to "communicate to a driver that you'll be bringing a furry friend onboard your Uber trip." 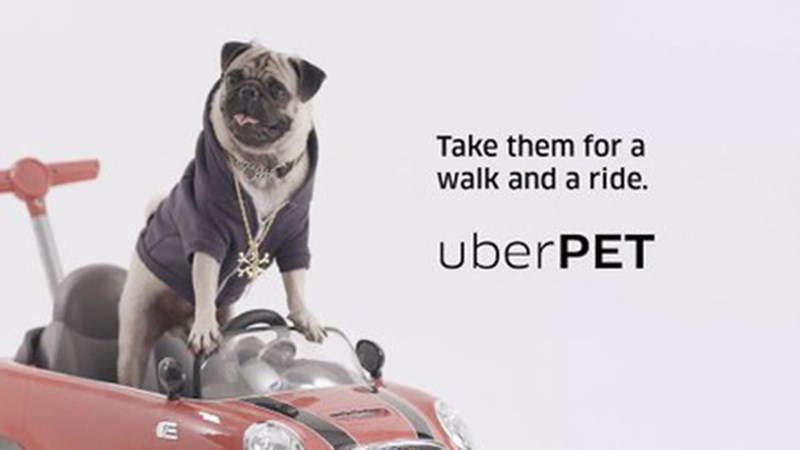 Injured Bird Shows Up At Wildlife Center Alone In An Uber

Last weekend, a bird showed up at the Wildlife Rehabilitation Center of Northern Utah (WRCNU) in the most unusual, and until now unheard of, way -- in an Uber... completely alone.

Apparently, the people who found the injured bird, a two-week-old Lesser Goldfinch, had been drinking and didn't want to drive. They sent an image of the bird to the WRCNU asking whether or not the center would be able to help the bird out, the center told them to bring it in.

Unable to drive, they came up to the conclusion that they should call an Uber for the bird.

"At first it was a joke, like, 'Hey, maybe we should just call Uber!' said Tim Crowley, one of the people who rescued the baby Goldfinch. "Then we were like, 'No, really. Why not? We're paying them.'"

They called an Uber and after explaining their unique situation to the driver, the driver canceled on them. So they decided to try again, called up a second Uber, and this time they only told the driver the situation after she pulled up.

"Like, 'What? Are you kidding? Okay, sure,'" Tim said was the driver's reaction.

But thanks to Crowley and the others who came up with this plan, the saved that little birds life. According to Buz Marthaler, the center's chairman, the bird would have died had it not gotten help or been able to be put back into its nest.

Thankfully, Petey — as Crowley and his other rescuers called the bird — is doing well. Marthaler told FOX13 that the bird even have a friend sharing its cage! The center is still unsure if the bird is a boy or girl yet and have decided to call the bird, "Uber" or "Petey Uber." Marthaler also confirmed that the center will be able to release Petey by the end of summer, just before the migration.

13 Animals Who Are Using The Uber Services (Memes) 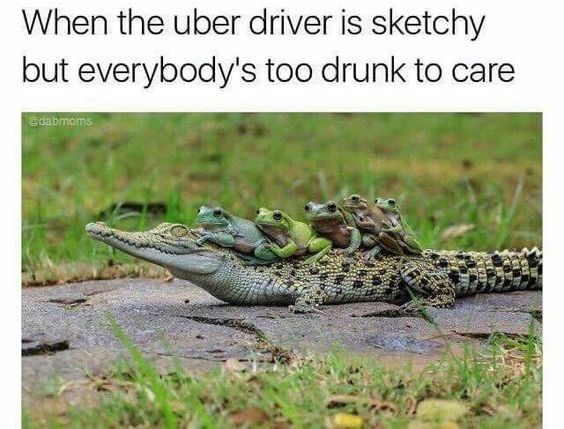 The Third Shot of Tequila is Always a Mistake

This Guy Looks Sketchy, but What's the Worst That Could Happen? 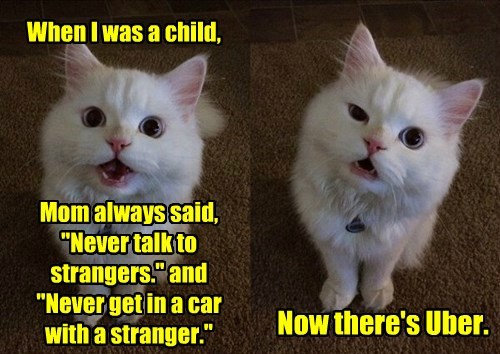 Groupon is revolutionizing way we get around with Grøüber, a car service in which the vehicles are driven by cats. Laser-guided of course.

“Our drivers are spayed, neutered and have no reason to curl up in your lap and make it awkward,” the site says. 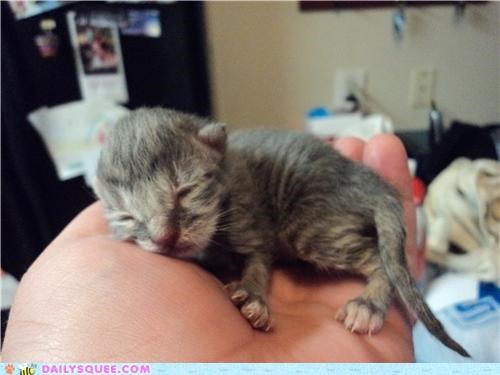