Just A Bunch Of Frog In Hats

Just a bunch of frogs in hats, nothing more and nothing less.

Yes, it's no secret that we here at I Can Has Cheezburger have a strange and deep love for seeing animals dressed up in tiny hats. It's odd but adorable and we're totally here for it. We've seen rabbits in hats, cats in hats, and just about every other animal donning hats as well. What more could there possibly be? A lot more, actually. 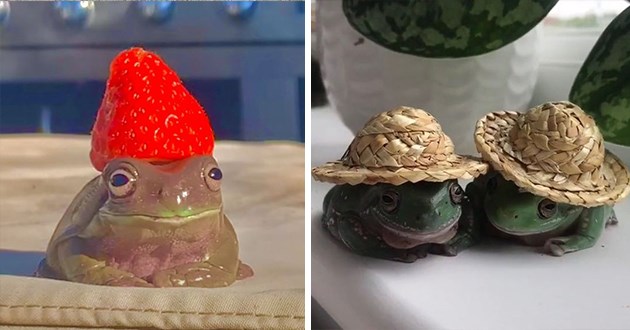 It's been a while since we've seen such an abundance of froggo memes circulating the web but here we are with some of the strangest (and some oddly wholesome) frog memes.

Did you know that frogs have roamed the Earth for as long as the dinosaurs have? Yet no one seems to ever talk about it -- frogs are essentially dinosaurs! The earliest known frog appeared 190 million years ago -- during the late Jurassic period. That's pretty wild if you stop to think about it.

Frogs can be quite mysterious creatures, some can change colors, some are poisonous, and unlike humans, their tongue isn't actually attached to the back of their mouth, it's attached to the front of their mouth instead. All around, frogs are weird yet strangely fascinating and we think frog memes provide that strangeness with a bit of wonder. We don't know about you but sometimes frogs can be heckin' cute. 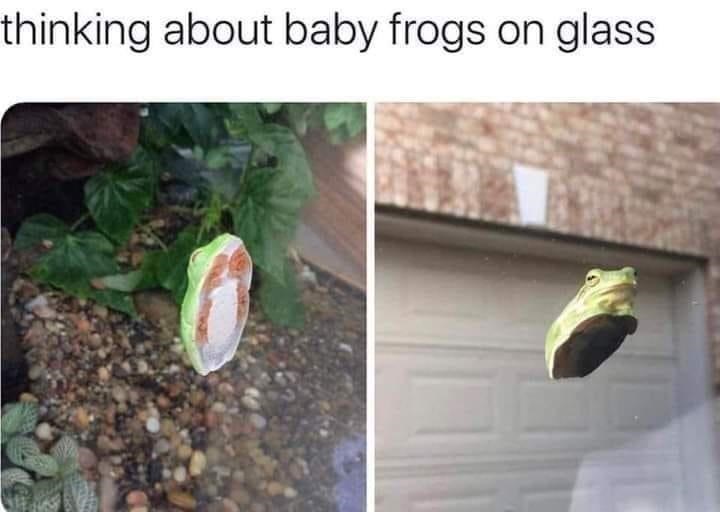 It's kind of weird when you leave a meme list learning something new. For example, we had no idea an army of frogs is in fact called an "army".

Amphibians are interesting creatures, they can be found almost anywhere in the world! Except Antarctica due to it being insanely freezing. Good call on that one, froggos of the world. These interesting gloobs of green goo deserve a spotlight every now and then.

And we're here to give it to them! Please, everyone, give our green friends some of your attention. It would mean a lot to them. 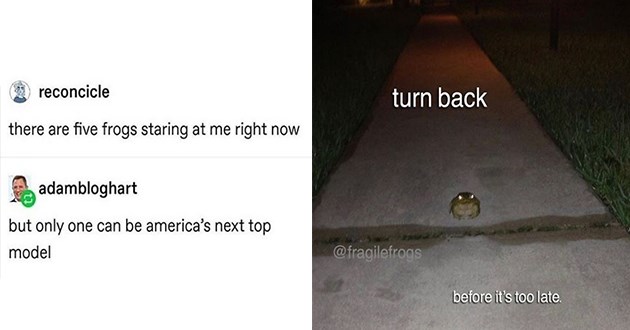 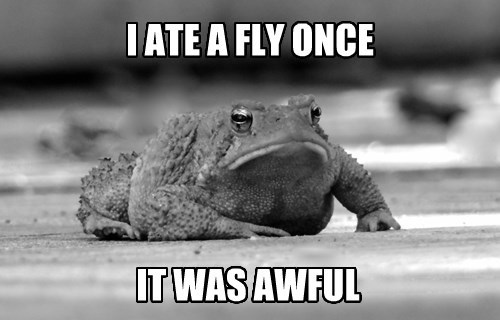 They're Also the Swamp's Cheer Squad 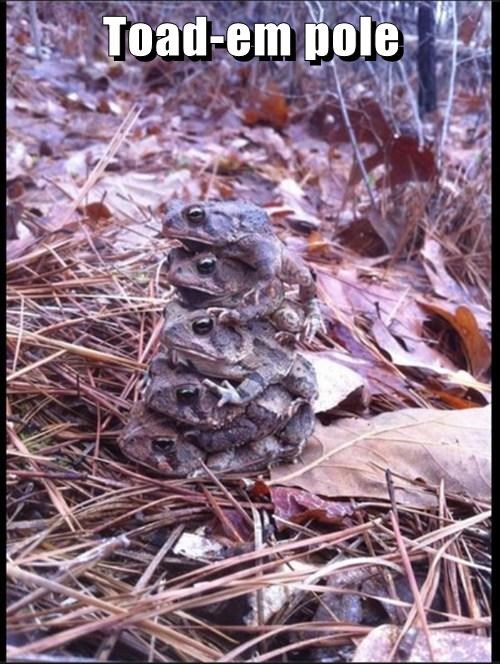 I'm So Hoppy to be With You 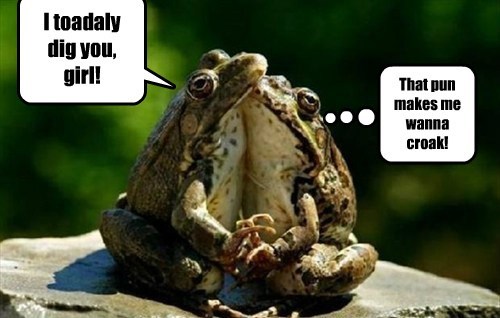 It's Amazing What a Pink Bow Can do For Your Confidence 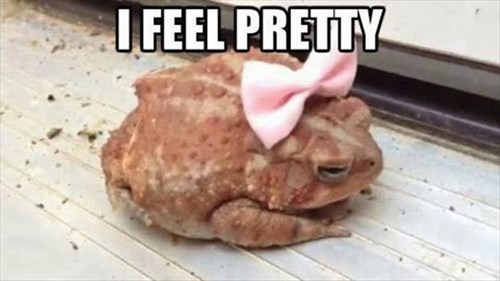 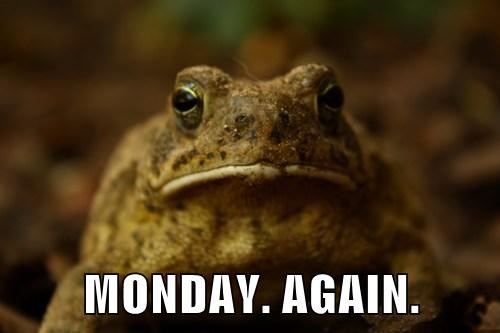 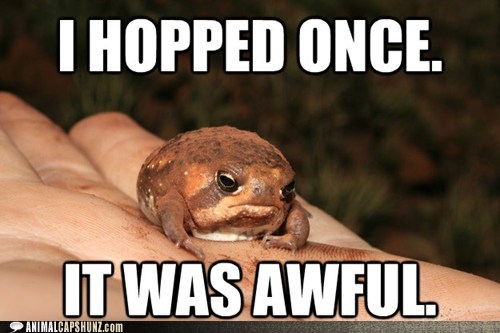 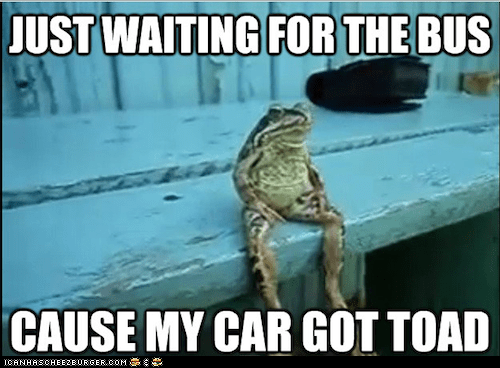 JUST WAITING FOR THE BUS CAUSE MY CAR GOT TOAD 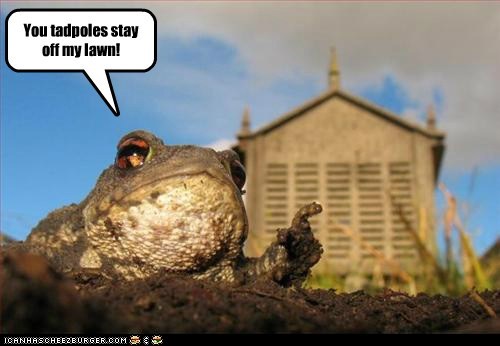 You tadpoles stay off my lawn! 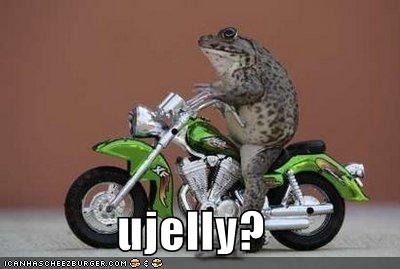 Everybody Needs a Hero 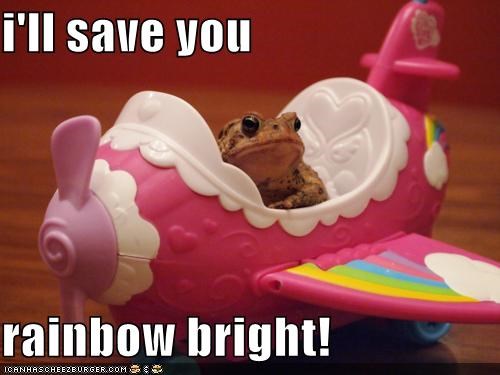 i'll save you rainbow bright! 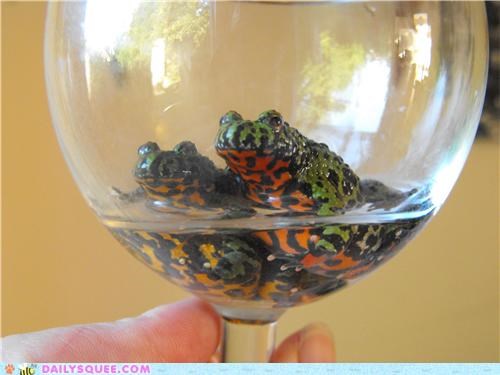