It seems like people dressing up their pets is going to be a whole subset of content from this #quarantine.

We would like to hire your cat. Does he know how to use Excel?

And yes, a raise is immediately granted. 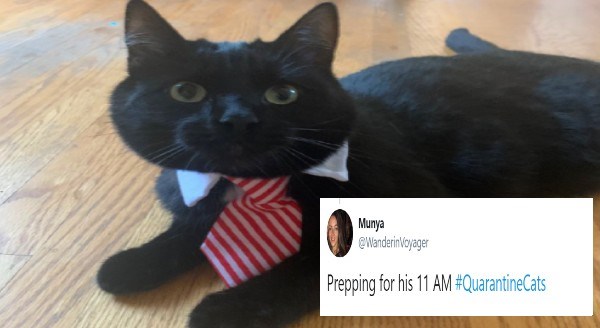 The Boss Will See You Meow 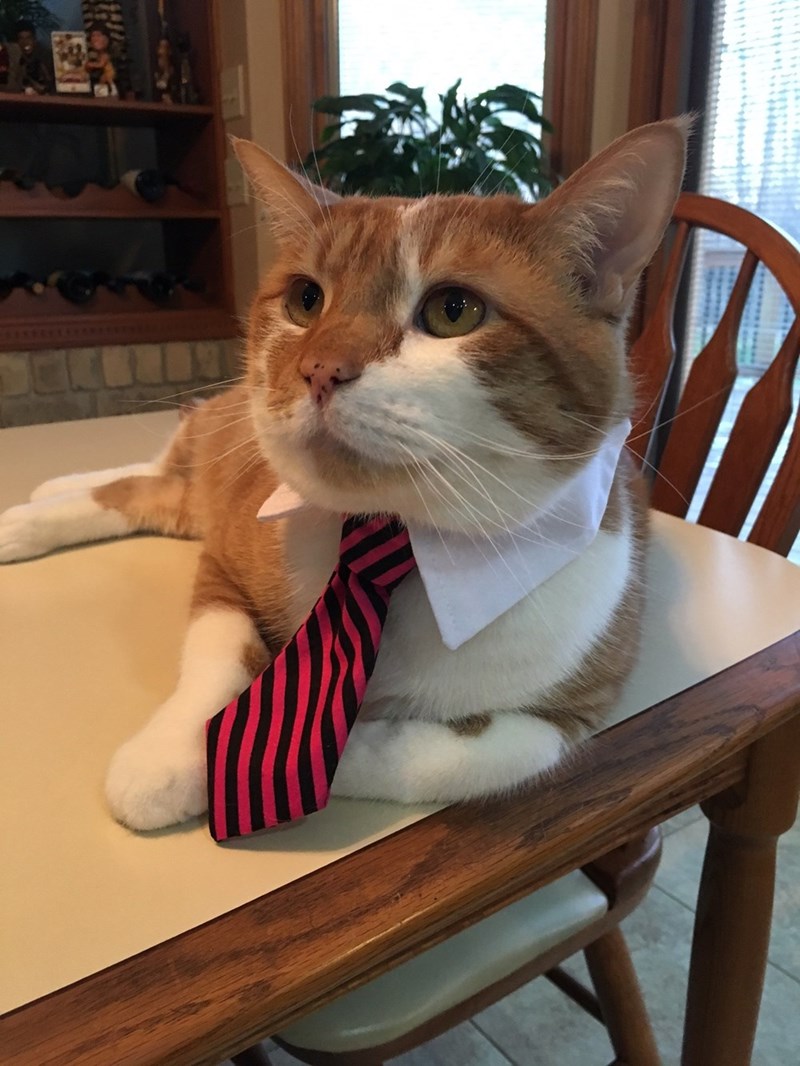 Via Acerodons
Repost
Recaption
Comments
Advertisement
I Can Has Cheezburger?
Favorite

He's Got a Busy Day Branch Managing Ahead of Him 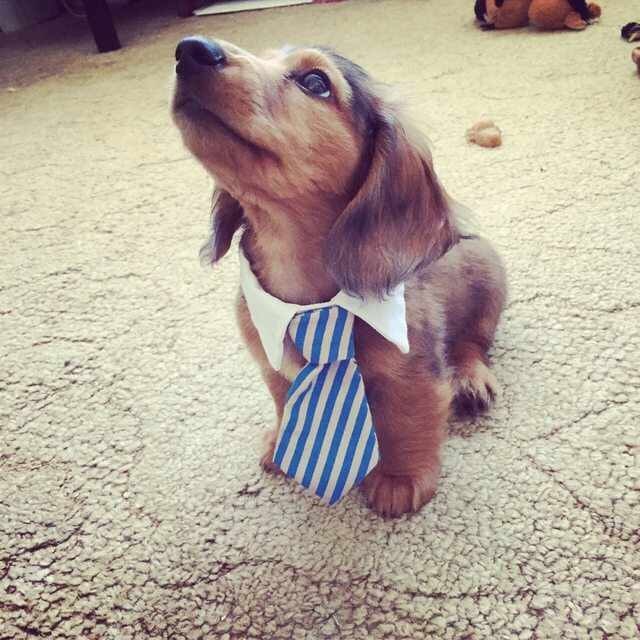 Via marcg40
Repost
Recaption
Comments
I Can Has Cheezburger?
Favorite

Business Cat Is Not Pleased With You Right Meow 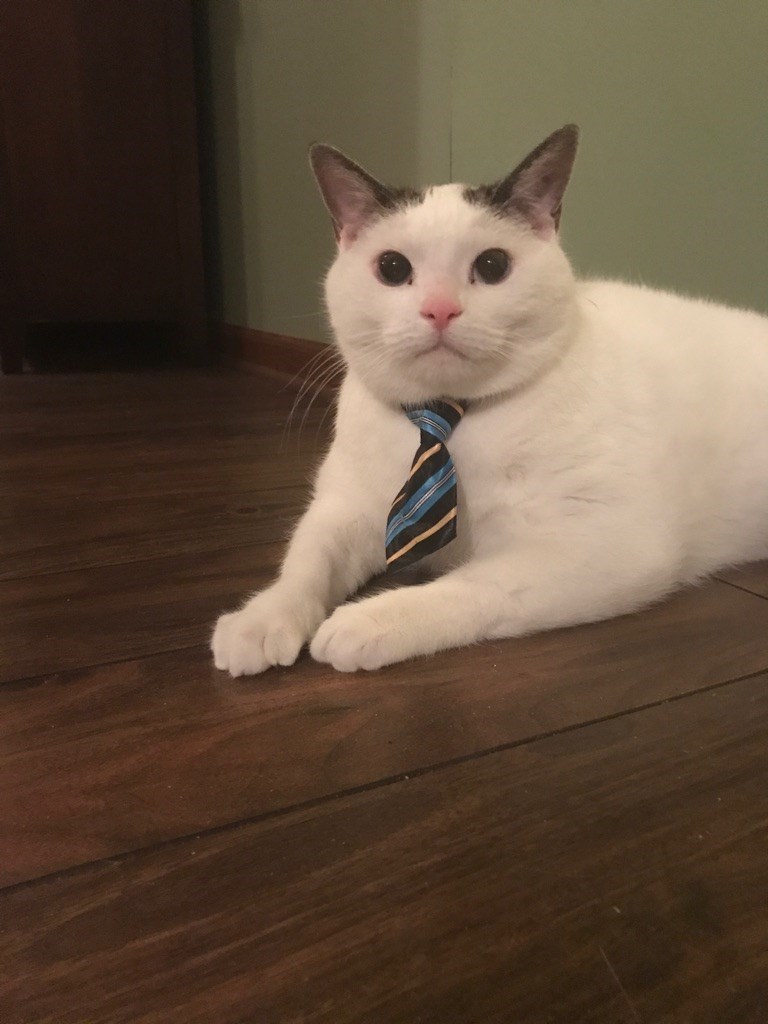 Via EatingADamnSalad
Repost
Recaption
Comments
The Daily What
Favorite

Cat of the Day: Julian Assange’s Cat Wears His Sunday Best for Visit from Prosecutors

Wikileaks founder Julian Assange has been taking asylum in the London’s Ecuadorian Embassy since 2012 due to rape allegation. No doubt, that gets lonely. How does he manage? Well, the cat’s out of the bag.

Known only as “Embassy Cat,” Assange’s feline companion appeared in a window this morning and watched reporters flock to the embassy door as Assange would be questioned by Swedish prosecutors for the aforementioned 2012 rape allegation. As Assange was interviewed for the rape allegation, the world fell in love with Embassy Cat, who enjoys a fish, balls of yarn, and Hillary Clinton’s email scandals. @EmbassyCat has 22,000 followers on Twitter. If you’re wondering if @EmbassyCat is good at Twitter, it mostly Tweets about emails and Hillary Clinton.

After some time of watching the media from, Embassy Cat made a costume change and returned with a red and white stripped tie around its neck. It’s cute, but maybe not cute enough to forget that Assange was currently being interviewed about a rape allegation, which he has been evading since 2012. 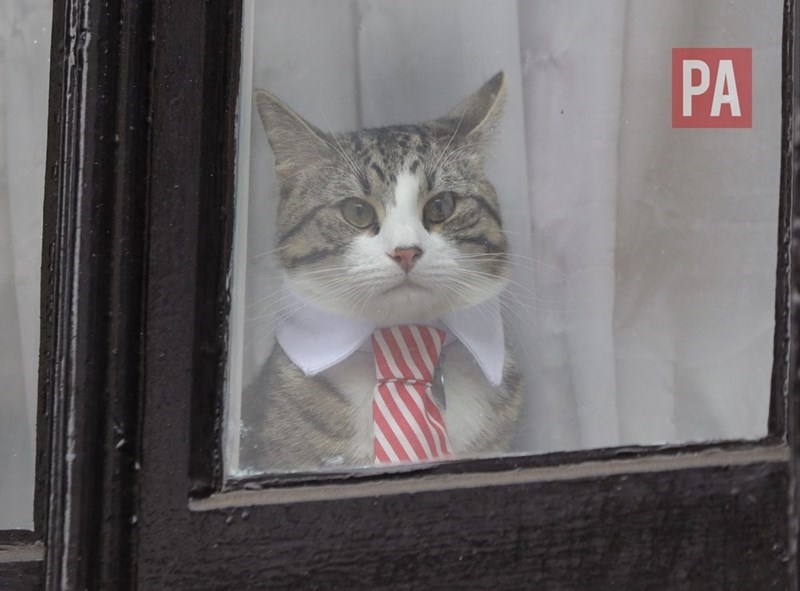 The Correct Response To Holiday Attire

Pls to Put Our Gooshy Noms on da Fine China 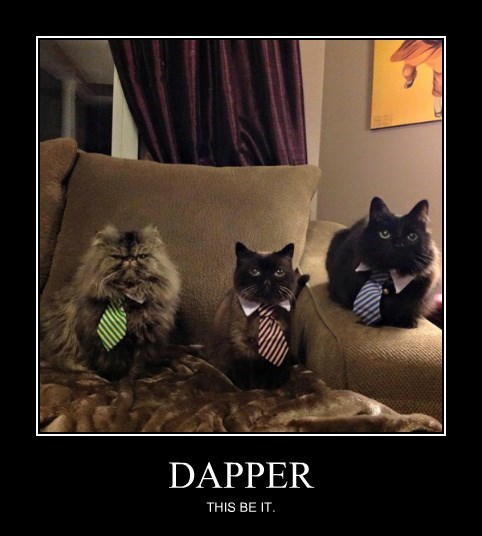 Cats Can Be Such Snobs 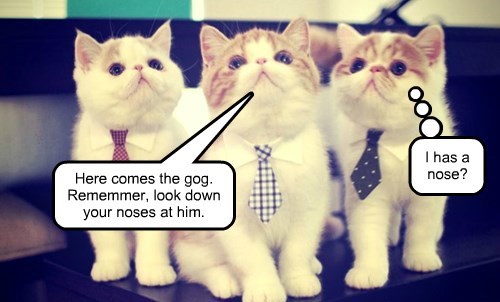 16 Pups Ready for "Take Your Dog to Work Day"

Today is Take Your Dog to Work Day...a day in which all dog lovers have the joyous opportunity to show off their beloved canines to their coworkers. So make sure to eat a healthy breakfast, and pack a doggy bag in your briefcase. Your pooch is ready for work! 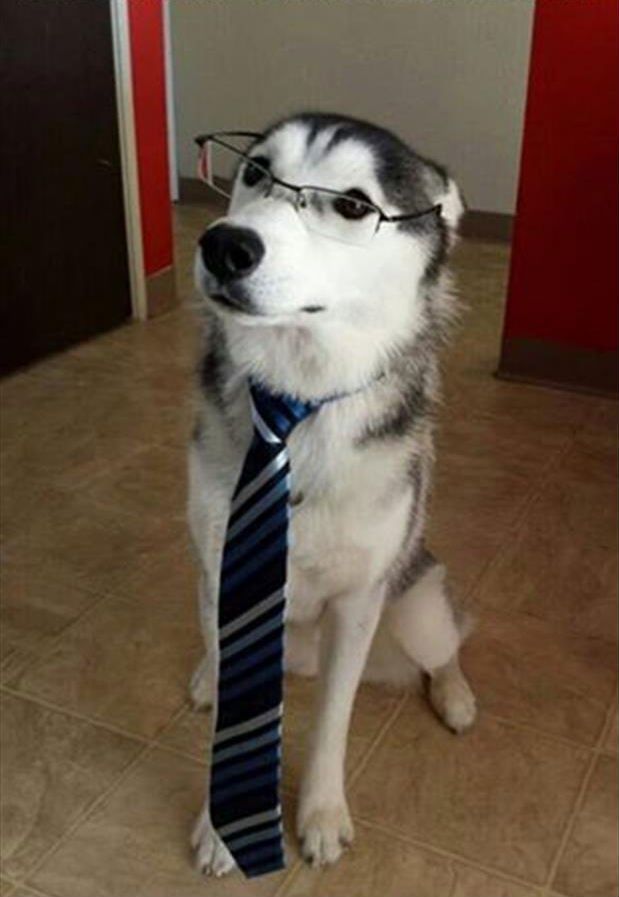 Via The Pet Collective
Repost
Recaption

What do you think of Gentleman Norman? Would you like to see more of this pomeranian pup? Let us know in the comments!

Sorry to Have to Tell You This But... 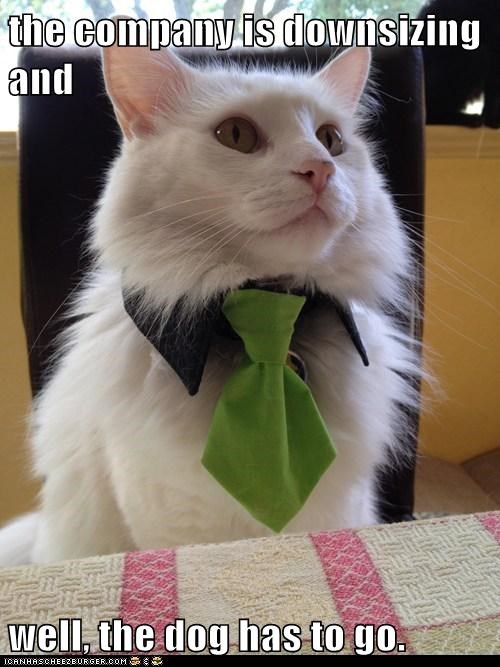 But I Draw the Line at the Garfield Slippers! 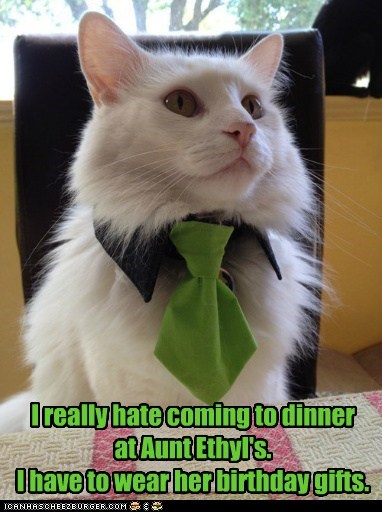 U Has a Meeting 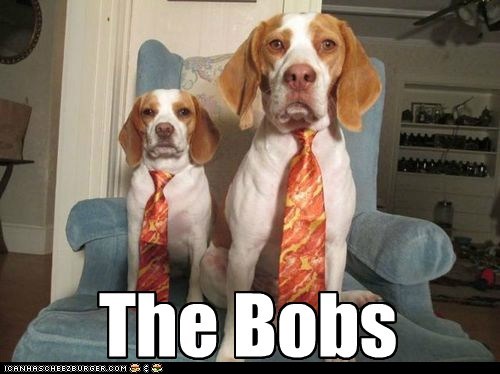 I Came Dressed For the Occasion 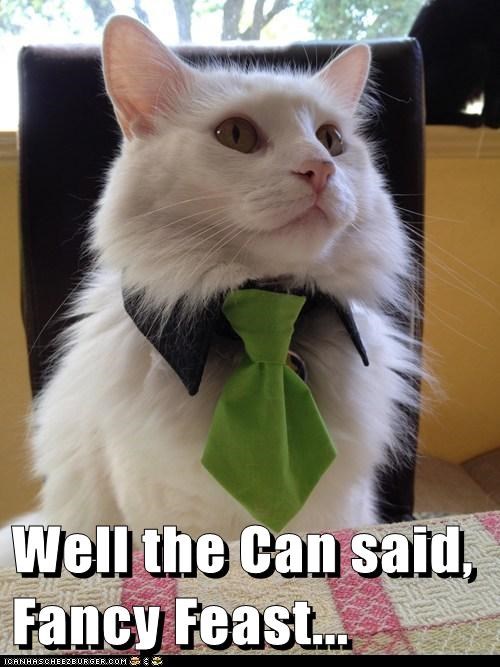 I can has MOAR funny LOLcats? 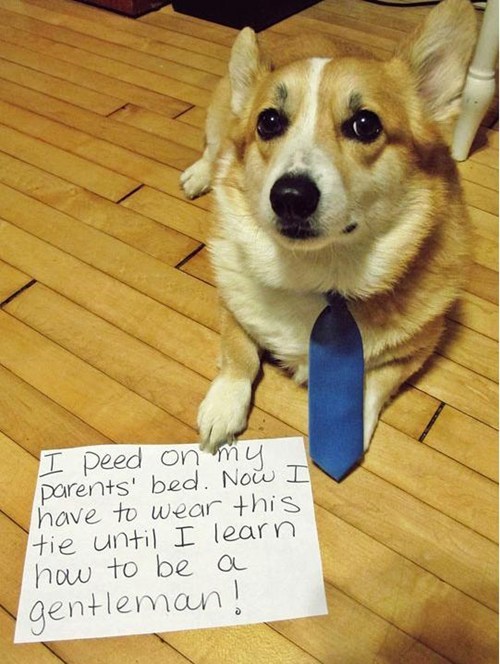 Via Dogshaming
Repost
Recaption
Comments
I Can Has Cheezburger?
Favorite 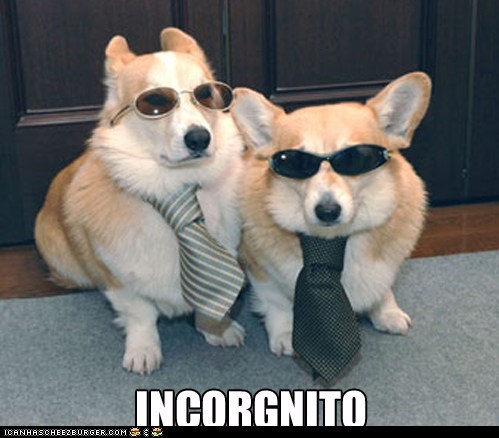 They're the canine equivalent of the Blues Brothers, but no angry nun would dare lay a finger on this handsome corgis!