Starving Cougar Cub Wanders Into Animal Rescue And Is Saved

A starving cougar cub, weighing just 34 pounds, which is 50 pounds underweight for a cat its size, happened to wander to the right place at the exact right time. The cub managed to find it's way to Central Valley Animal Rescue in Quilcene, Washington, and is currently at a rehabilitation center in Texas.

Sara Penhallegon, an animal rescuer at Central Valley Animal Rescue, told King 5 that she suspected the cougar had come to lay in an old pile of hay to die. The cub was barely a year old. Thankfully, the cub wandered to the animal rescue where Penhallegon and her team were able to properly care for this cub. They suspect that the cougar's mother recently passed before she was able to teach her cub how to hunt and how to fend for itself.

Cub tend to stay with their mothers for 18 to 36 months. Without the cub's mother, there was a 10% chance the cub would survive.

"This was a cat that had not learned to hunt yet. It had no way to take care of itself or feed itself," Penhallegon tells King 5. "When its mom died, that would've been a death sentence for this cat unless it found itself a rehabilitation center it could check itself into!"

Penhallegon and her team nursed the cub back to health and the cub was able to put on 10 pounds. After treating the cub for 2 weeks, the young cougar destroyed the hard plastic siding of her pen, her keepers knew it was time for her to be transferred. Because the cougar had no idea how to fend for itself, it couldn't be released back to the forests of the Olympic Peninsula, and it is also illegal to rehabilitate and return a cougar into the wild in the state of Washington.

They decided the young cub would head to a natural habitat zoo in Texas. Penhallegon said she wishes for the young cougar to walk free once again, but as of right now,  she's simply happy it wandered into her life and she was able to save its life.

"Obviously, our goal is to return animals to the wild, but the next best option is a really good captive placement with a great facility that can take care of its needs. And that's what we have for this one," added Penhallegon.

Haz to do Ebryting by Myself 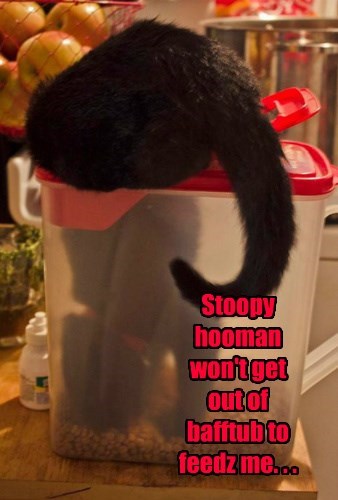 They Say Cats are Independent for a Reason 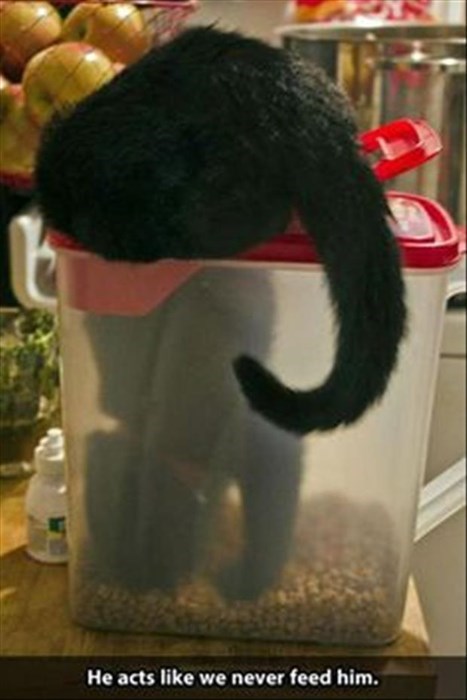 Have You Lost Some Weight, Dementor? 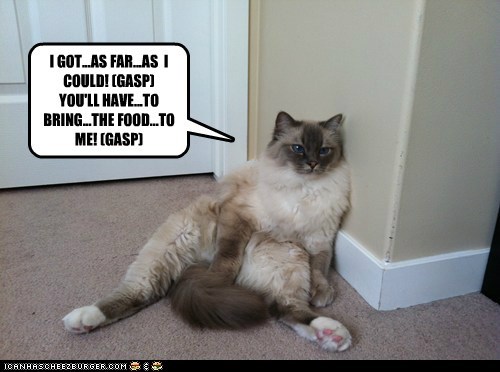 I need sustenance for my magnificent body! 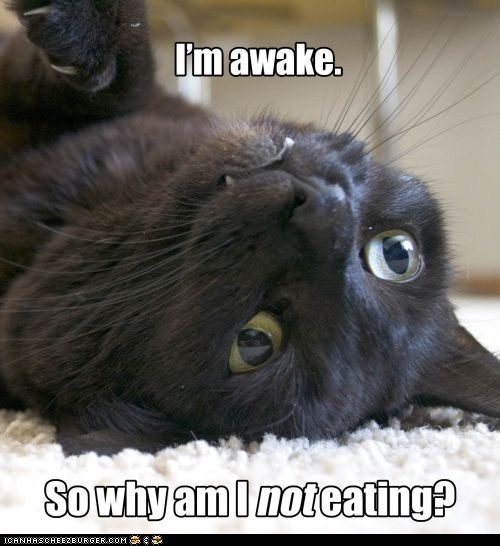 By Tina Something
Repost
Recaption

I'm awake. So why am I not eating?

A kitteh has needs, u kno. 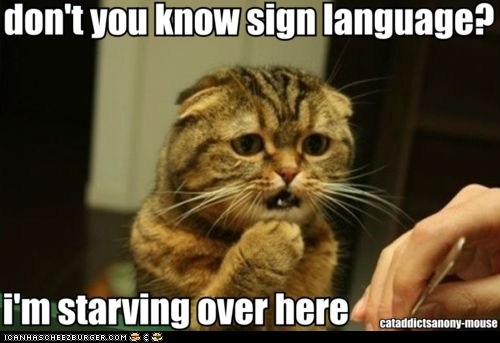 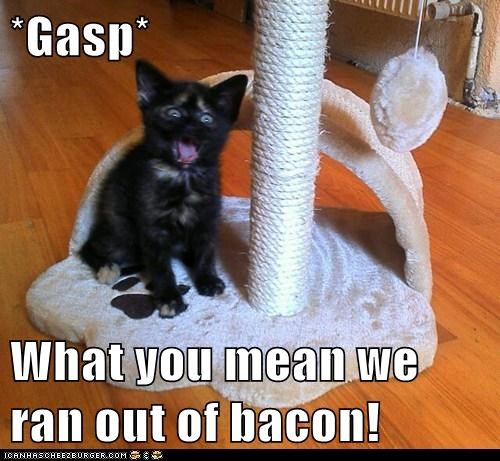 Gasp What you mean we ran out of bacon!

She's hinting about something 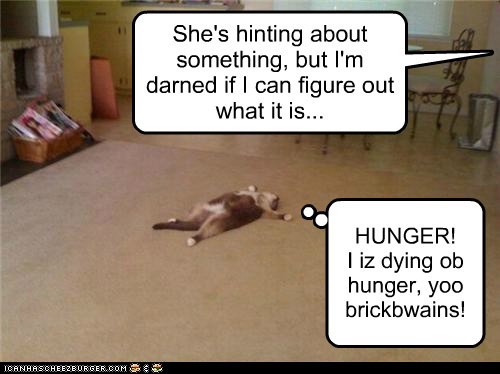 She's hinting about something, but I'm darned if I can figure out what it is... HUNGER! I iz dying ob hunger, you brickbwains! 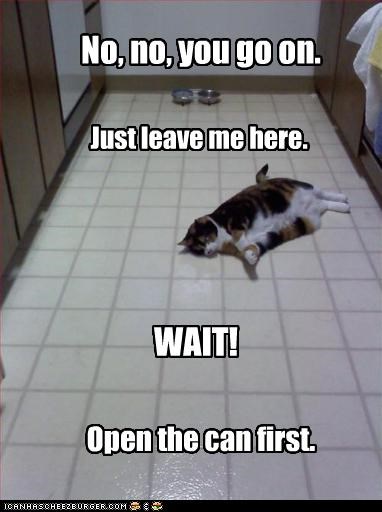