Tina Hoang is the loving owner of Masuka, a vibrant stray cat she first met during the first day in her new apartment, 7 years ago. While he's got some siblings to pal around with, Tina soon realized that they were not the same. Masuka has a bit more personality, to say the least, as he loves to get into mischief. On her Instagram page called "What would Musaka do", Tina shares some funny stories about his troublemaker ways. One of his favorite hobbies is playing in the water. He enjoys spending time in the sink also has an affinity for the water cooler. She can rarely take a shower without him racing in to make his presence felt. But Instead of being a relatively normal animal and simply hanging out in the bathroom, Masuka has a completely different method. He is not going to wait for his mother to come out of the shower. He would much rather tear a hole in the curtain and stick his head in! His mom said: "I figured I might as well have some fun with it. Can't get mad at that face!" so she did as you can see for yourself. 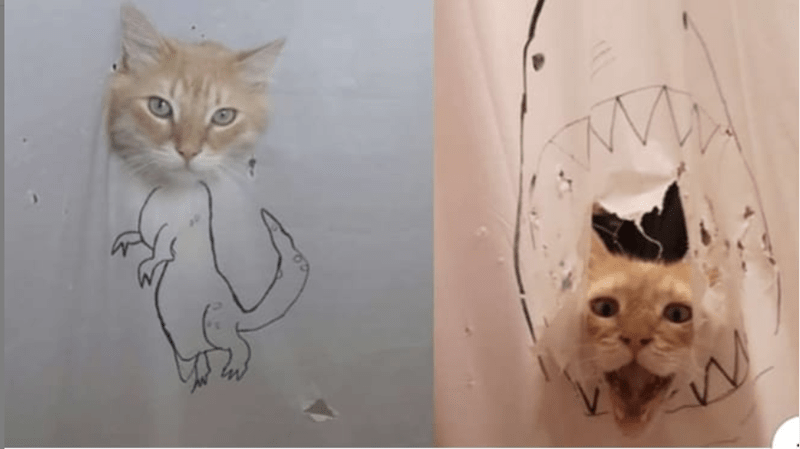 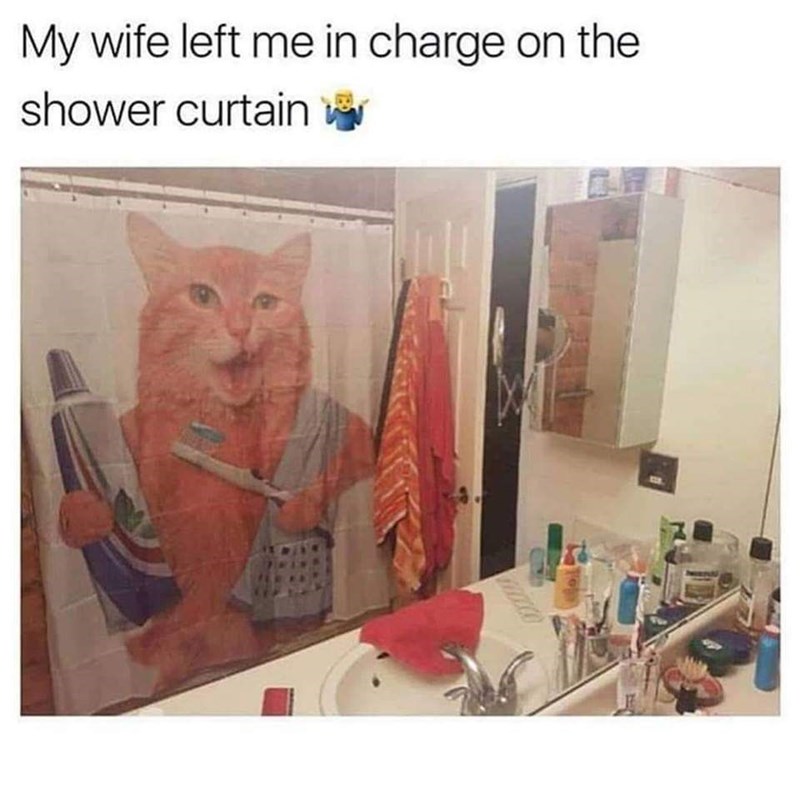 In the Battle Between Hedgehog and Shower Curtain, We All Win

No Other Way to Start the Day 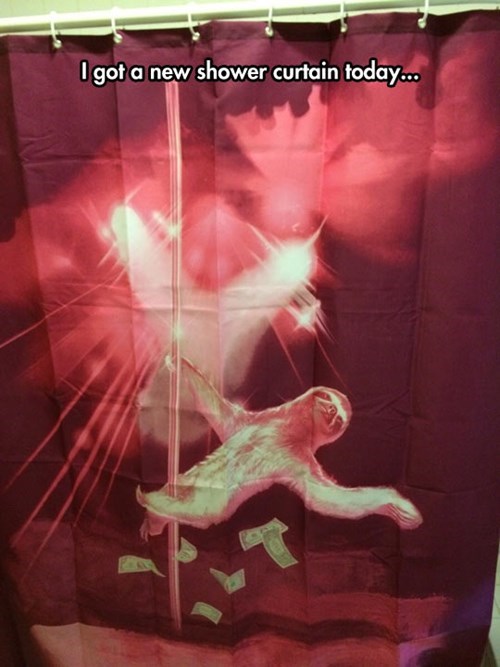 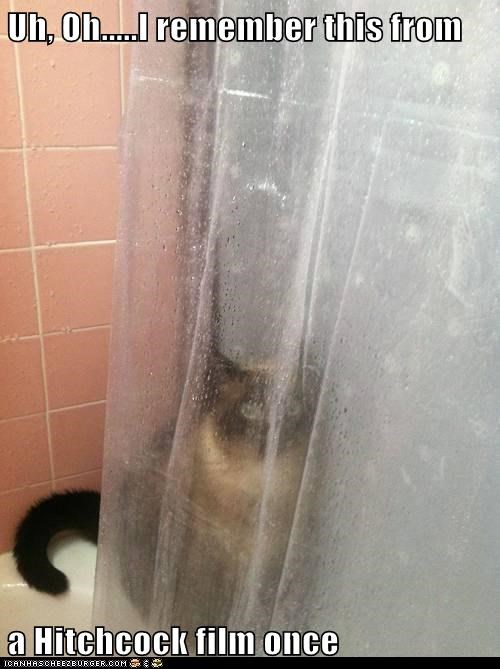 Uh, Oh.....I remember this from a Hitchcock film once

Can't seem tu remembur how it ends tho...

Lolcats: To be fair 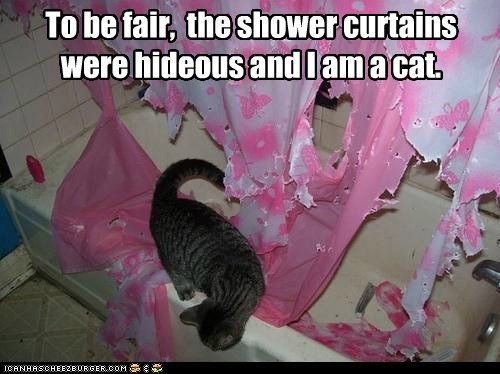 To be fair, the shower curtains were hideous and I am a cat.

Officer Rescues Kitten From The Highway

How can I get to this level of relaxation?

Fascinating Historic Photos Of Cats Serving In The US Sea Services