Threatened daily by the deadly residents and harsh environment of Australia's Outback, a lonesome Bilby finds himself an unwitting protector, and unexpected friend, to a helpless (and quite adorable) baby bird. BILBY is directed by Liron Topaz, Pierre Perifel and JP Sans; produced by Jeff Hermann and Kelly Cooney Cilella.

This is a video that needs to be watched by all, from the beginning to the end.

The Present is a 2014 animated short film that was directed and co-written by Jacob Frey and co-written with Markus Kranzler. The story itself is based off "Perfeição", a comic strip by Fabio Coala. In short the story is about a teenage boy who gets a three legged dog from his mom, and after some time warms up to him.

The short film has won 77 awards from several film festivals and as a result, both Kranzler and Frey were given jobs at Pixar and Walt Disney Animation Studios respectively.

We're not crying, You're crying!!

The Real Life Inspiration for the 'Feast' Dog Sure Looks Hungry! 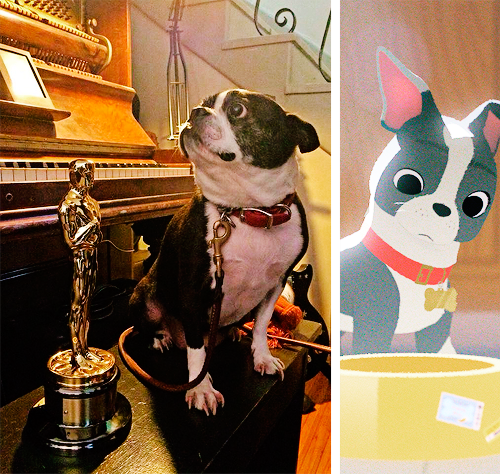 If you've not yet seen Disney's Oscar winning short, you're missing out!

Cats From All Over The Web And Their Quirks (memes)