Meet Ronnie, the sassiest rooster in the world. This beautiful rooster has one day simply walked into this couple's home and decided that it's his now, and well... they didn't argue. So now, he's part of the family.

He loves attentions, sitting on the ceiling fan, and crowing at totally random times. The mirror confuses him, he runs after balls when his owners throw them for the dogs, and he doesn't like being alone.

It's a strange addition to the family, even the dog seems to think that way, but Ronnie looks like he's loving it, his presence brings them joy, and that's what matters. He's also the ultimate proof that roosters are pretty heckin' cool.

Apparently, Various companies are selling and designing them for the rapidly growing community of pet chicken owners. We truly live in an amazing time… 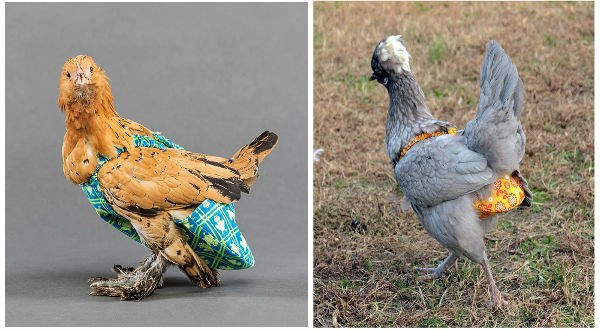 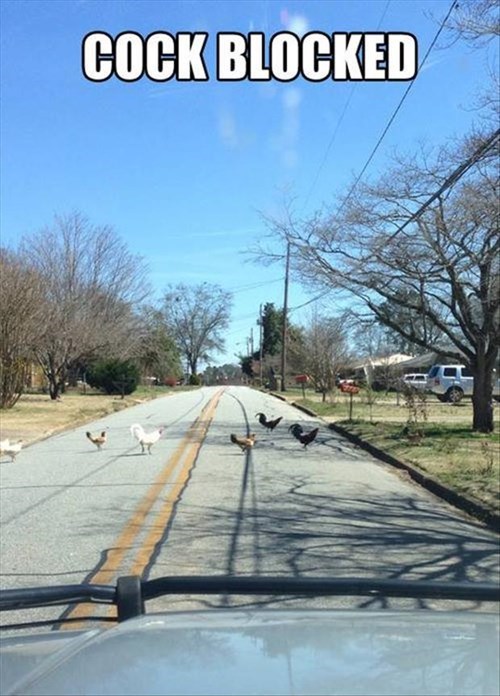 The Fox and the Rooster 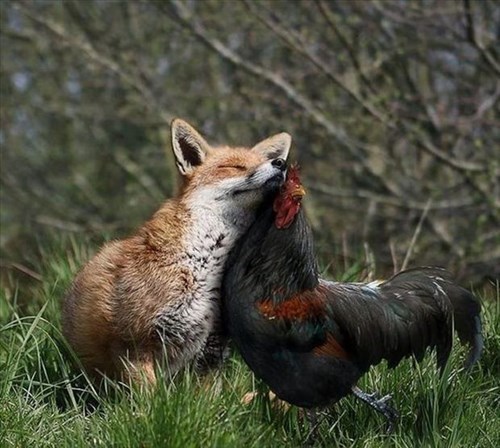 Just Ram Anyone That Gets in Your Way! 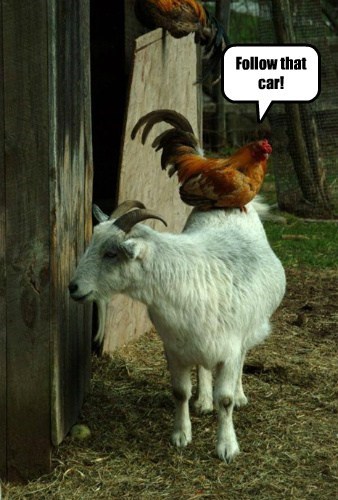 What Do You Mean He Doesn't Has One? 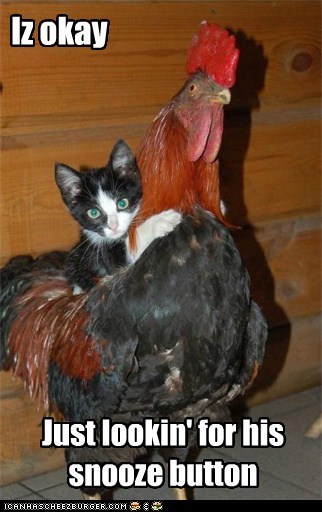 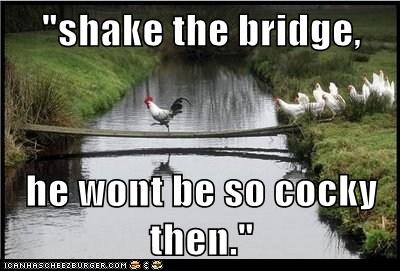 The Knew What was On the Other Side 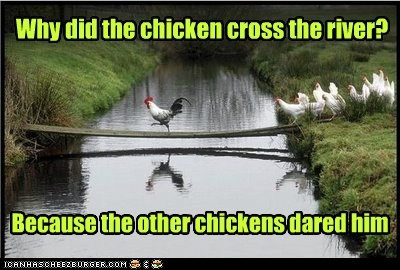 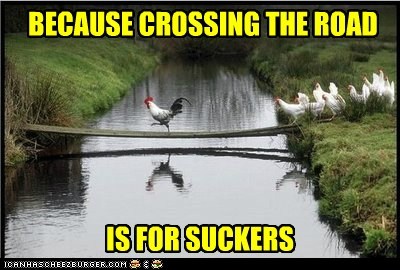 The Chickens Came Home to Roost 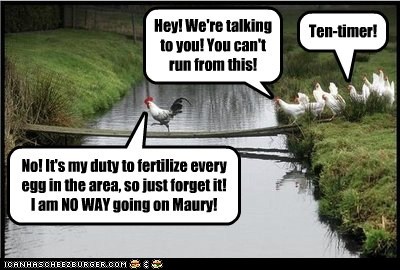 Especially When He'd Spent So Much Money on his Fine Sneakers 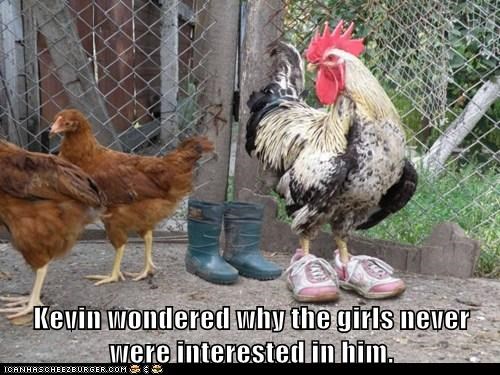 Lock Gramma and the Kids in Their Rooms. This One Shouldn't be Seen by ANYONE. 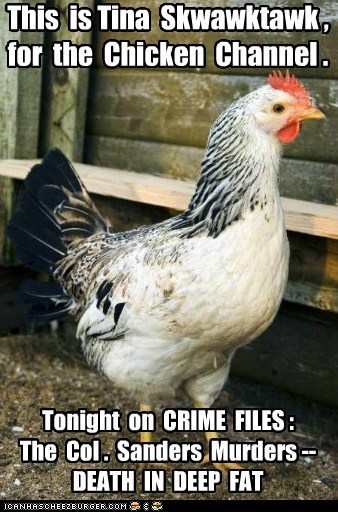 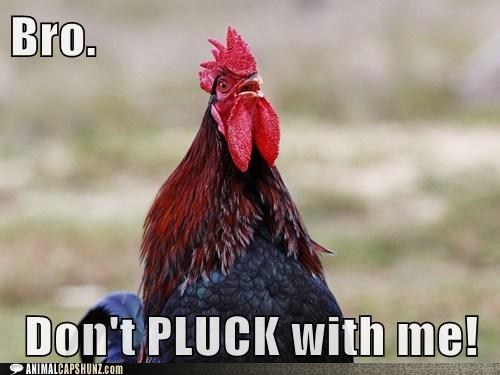 Birds of a Feather Solve Crimes Together 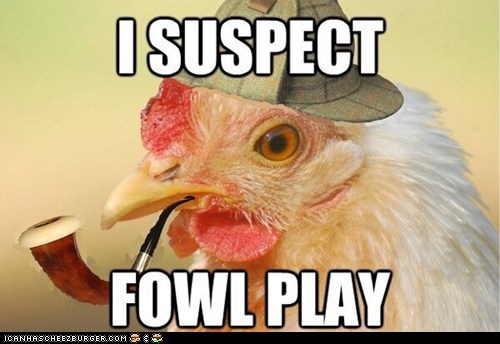 You'll have so much fun at So Much Pun! 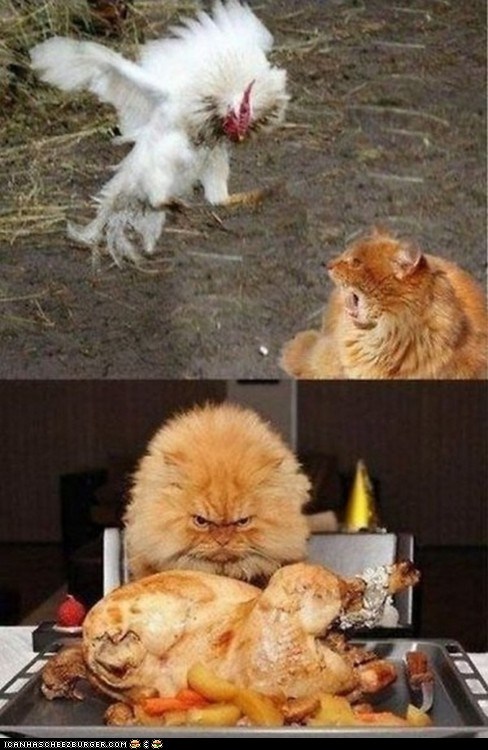 Via Catasters
Repost
Recaption
Comments
I Can Has Cheezburger?
Favorite

Tumblr Thread: Cat That Is Really Bad At Meowing