I once heard a very tall tale about rice, but I was sure there wasn't a grain of truth to it.

We can't help but be protective of animals. We love them too much. They're just so tiny and squishy and pet-able, even the big ones. So, when this Japanese trend of making adorable animals into edible rice creations, we were a little confused. Because... how are we supposed to eat something so incredibly adorable?

We can't help but admire the creativity though. Even if we probably couldn't eat it ourselves, these animal rice creations are so insanely cute and adorable that we just had to share them with you guys. We promise the closest thing we do to eating cuties like these is kissing our cats and dogs on their foreheads. 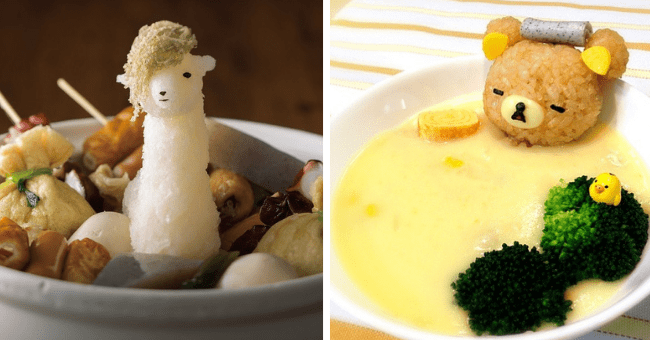 Northern Japan is known for its wealth of rice that produces a rich harvest each Fall. And after that rice is harvested, there's a huge amount of rice straw that is leftover called "wara."

The Japanese people are also known to not waste anything so that excess wara was reused in plenty of ways: roofs, fertilizer, livestock feed, and historically used for a variety of goods that have been since replaced with modern advances.

One area decided to do something different with the excess rice straw. In the region's capital city, Niigata, they have used the rice straw to create giant and incredible animal sculptures. The Wara Art Festival has been an annual event for the past decade! 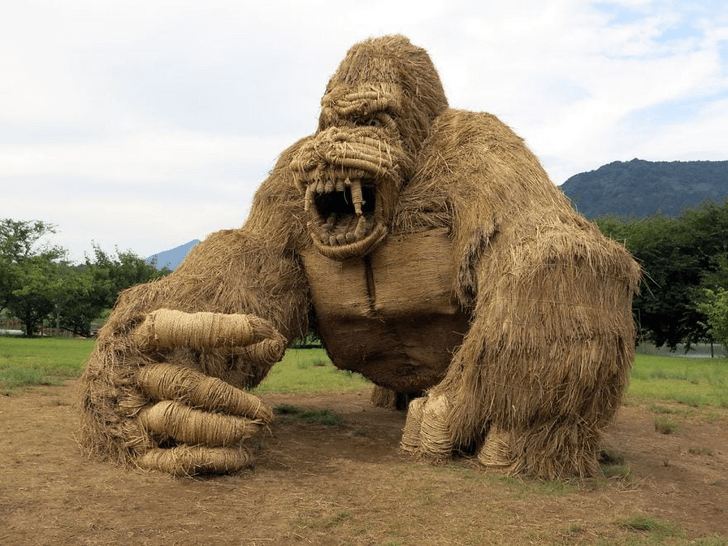 Just because cats don't like to work doesn't mean they don't enjoy watching other people work.

The Yuzo No Le cat cafe in Japan is located next to a rice paddy and there's nothing the feline residents of this cafe love more than watching the owner farmer next door planting his rice. Watch this adorable video.

Autumn is the rice harvest season in Japan. Every year, farmers make sure that the leftover rice straw, known as "wara", does not go to waste. Japanese artist, Niigata, has found a very creative way of using these leftover rice husks by hosting an annual event called "Wara Art Festival". Ever since 2008, the straw has been used as a material to make giant sculptures exhibited at Uwasekigata Park. All of the monuments are handcrafted out of wooden rods that serve as the spine of the sculptures and dried straw molded on the frame. Each handicraft takes about a week to be completed. Via: Design you trust

Would You Eat a Lunch This Grumpy? 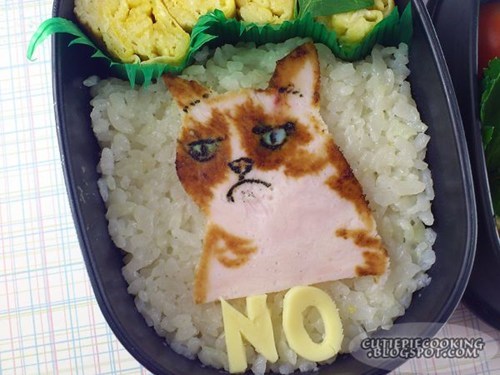 Important Rant About Why Fake Service Dogs Are So Problematic