Swan Waits For Her Rescued Mate To Return After Rehabilitation

After a most dramatic rescue of a beautiful swan from a dangerous waterfall, the swan was reunited with her mate, and this amazing, romantic, incredibly heartwarming moment was caught on camera. It's a happy ending like no other, and we are so happy to not only see this rescued swan back in the wild but back in the wild with her mate - who was waiting for it to return at the site of the waterfall.

As InYourArea reports, "RSPCA officers had teamed up with rangers from the Greenfield Valley Park to help the stranded swan." The swan had fallen down the raging waterfall and was rescued from the bottom of it. Unfortunately, because of a serious eye injury, the swan couldn't be returned to the wild right away and had to go through a period of rehabilitation.

During the rehabilitation period, the swan's mate was spotted waiting for his at the site of the waterfall where the swan was rescued, so the rescuers were eager to return the swan to his mate. And the reunion was gut-wrenchingly beautiful.

Check out the pictures from the reunion below! 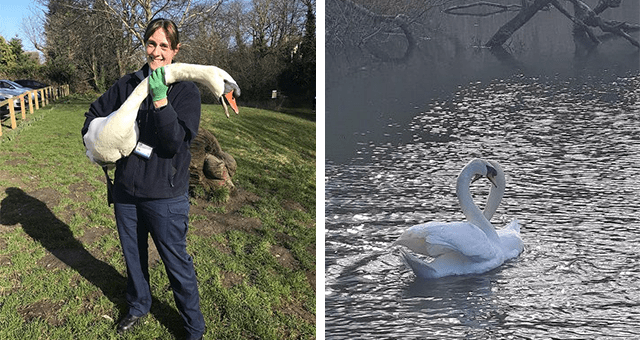 Animal Gifs: Get In Line, Boys 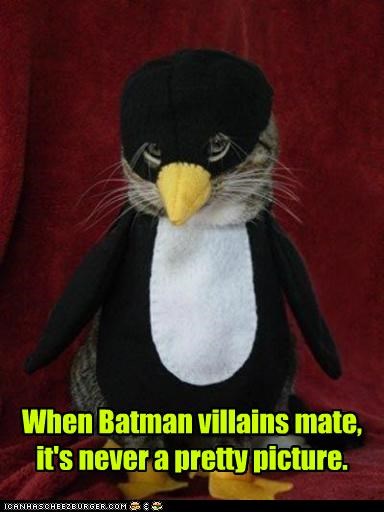 When Batman villains mate, it's never a pretty picture.