How far would you go to save your cat in the event of danger? For one man in Toronto, his love for his cat was put to the test when his poor kitty found himself stuck out on a ledge…6 stories high in the air! Prepare to be impressed when you check out this daring rescue! Others would probably have knocked on their neighbor's door to ask for their cat back, but  this guy that was his first course of action. He had to think fast for his cat's safety, because his neighbor's didn't answer. The man has requested to have his identity to remain private. He explained that he had simply opened his patio door to get some fresh air. Per usual, he had placed his typical method of containment, a baby gate, to keep his cat inside the apartment and not on the patio. Then, thinking nothing of it, the cat dad turned his back, and that split second turned his day into a rescue mission. Via: Cole And Mermalade 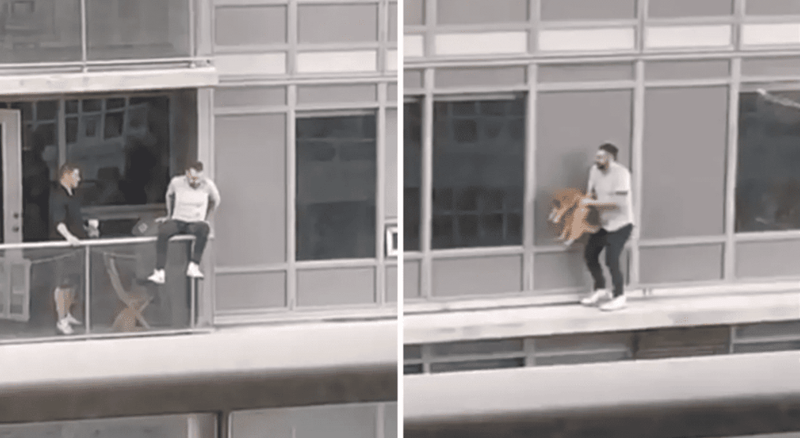 When Jason Gasparik from North Carolina found a lost dog wandering around his area few days ago, he did everything he could to reunite the canine with his owner — and we mean everything. Along with checking the pet for a microchip and posting about the lost dog across all of his social media accounts and several lost pet Facebook pages, Gasparik went a step further and stood on a street corner near where the dog was found with the pooch and sign. Via: WCNC 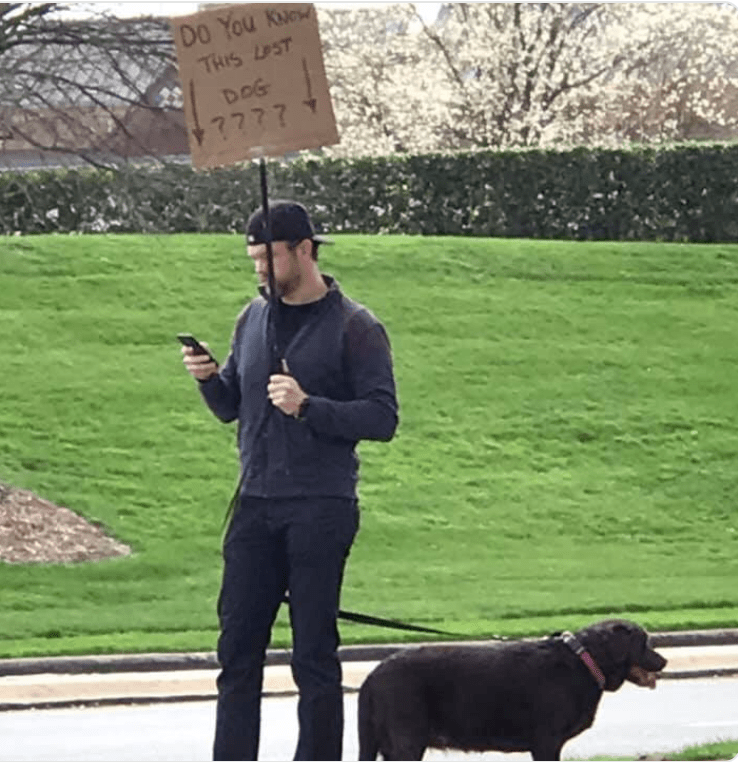 On Sunday January 27th, Chicago police officers from the 20th District helped a man to safety after he attempted to save his dog from a frozen Lake Michigan. Below is a letter sent from the man who wishes to remains anonymous: "I took my recently adopted dog, Pika, to Lincoln Park by Foster beach Saturday afternoon. I've been visiting that beach and park in all weathers for years with my recently deceased dog, Bowser. This was Pika's first visit to the park, he is a 9 month old American Eskimo mix. He was very excited and got away from me, ran down to the beach, and then to the edge of the large ice ridges that form during cold winters. I saw him disappear over the ridge. I ran up and looked down six feet to see him paddling in freezing cold water. He is a 19 pound dog and I knew that he would soon die from cold or drowning. I jumped in after him. The water was only to my waist and I lifted him onto my shoulder. I placed Pika above me on the ice and tried to climb out. The ice walls were bulbous and smooth with no ridge I could place a foot on. I realized I would not be able to get myself out. My hands were numb and flipper-like at this point. It took me about 20 tries to get my phone out of my pocket. Thankfully, it was water resistant and I was able to call 911..."

In 2005 Tim Dombrowski was on the verge of declaring bankruptcy after breaking his neck. One day a TV ad caught his attention. Dick Clark was hawking a three-CD set on how to make a fortune selling on eBay. After buying the CDs and a computer, Dombrowski set about hunting for antiques near his home in Willsboro, New York in the Adirondacks to resell on eBay. His last-ditch attempt to make money was a success-- thanks to the help of his favorite furry friend. Via: Cats On Catnip 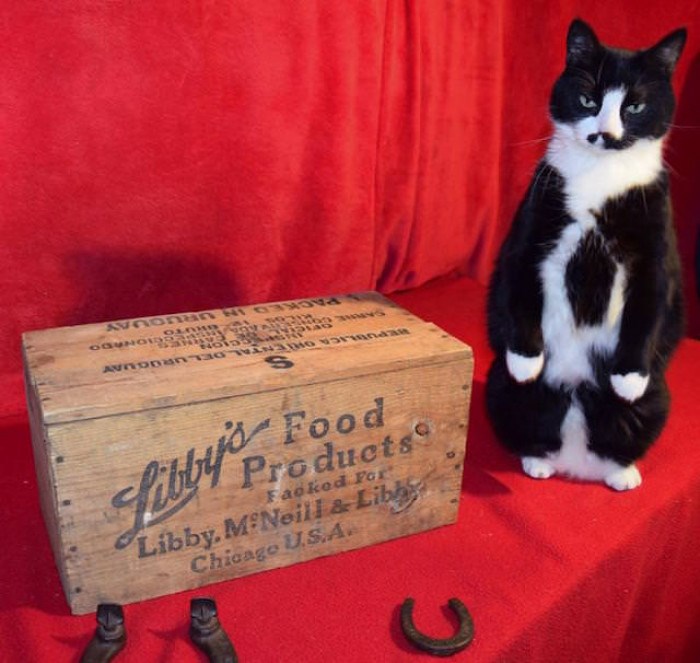 Illustrator Caitlin Major and her comic series 'Manfried The Man' will open your eyes as she brings you to another world of human uncivil and feline masters. 'Manfried The Man' is about a tiny, buck-naked human pet under the care of his owner 'Steve'—a middle-aged, brutally single, anthropomorphic cat with short fur. Embodying the spirit of 'Garfield', 'Manfried' is an old, grumpy, balding, fat and overly-pampered pet man who enjoys bringing misery to the lives of others; especially 'Steve'. Does that sound familiar? 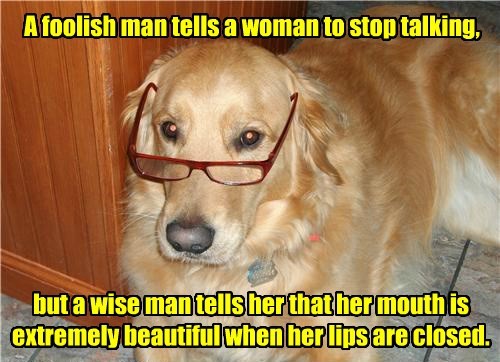 A Three-legged Dog Walks Into A Bar 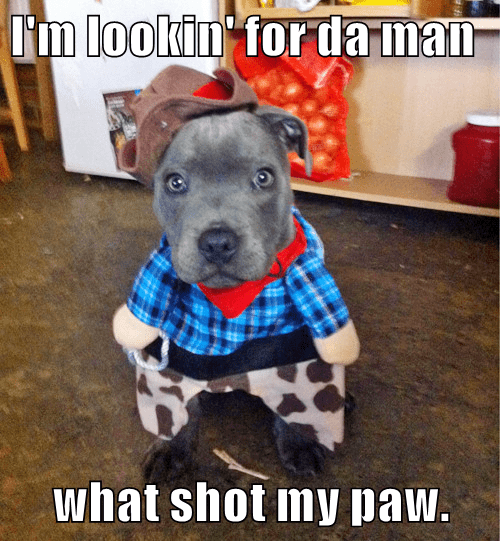 First, he saw a crow with a head stuck in a fence and saved it.

Second, he documented the proceedings and shared them.

He possibly did a third good deed by naming the rescued bird 'Russell Crow', depending on your appreciation of puns.

We consider it three good deeds. 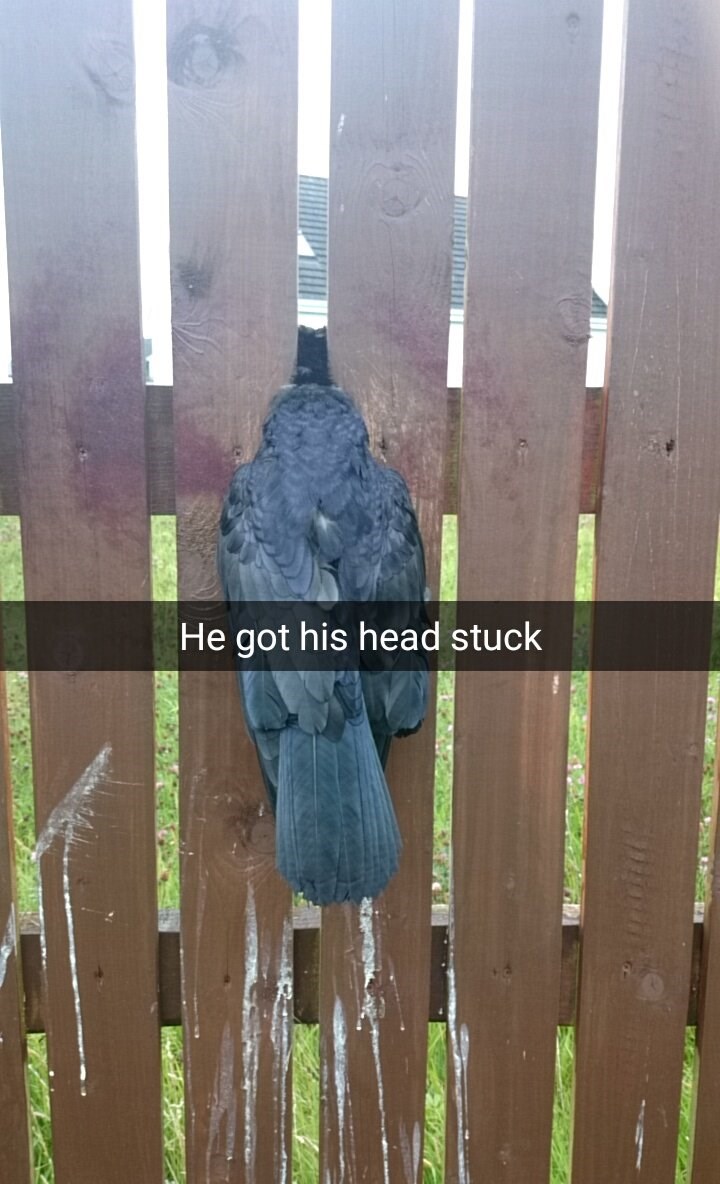 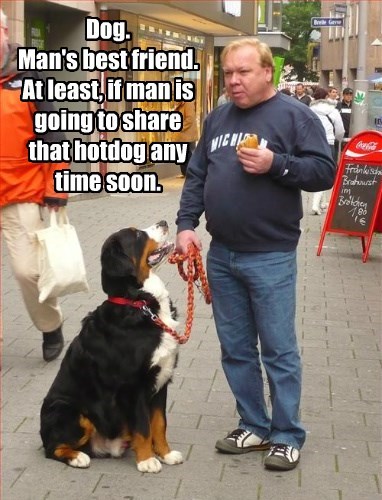 Are You Man Enough to Handle the Manliest of Manatees?

I Has A Hotdog: Jealous Goggie 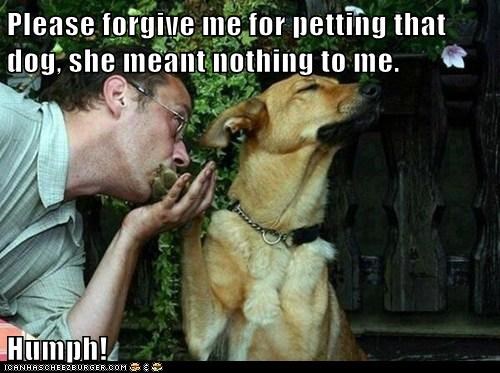 Please forgive me for petting that dog, she meant nothing to me. Humph!

I Has A Hotdog: Big Family 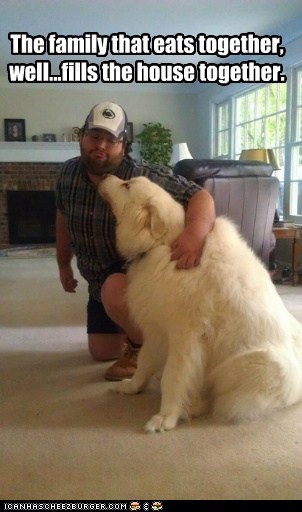 The family that eats together, well... fills the house together. 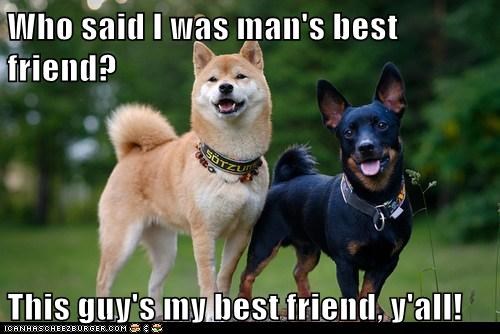 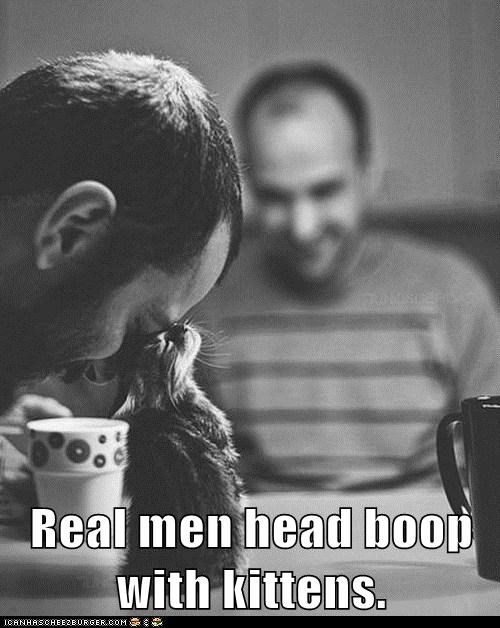 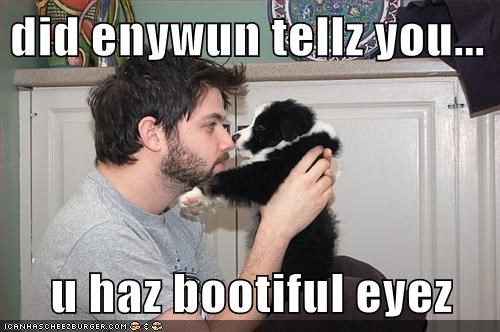 did enywun tellz you... u haz bootiful eyez?

who tol u uz r byootiful?

What's a Guy Got to Do to Get Some Flies Around Here? 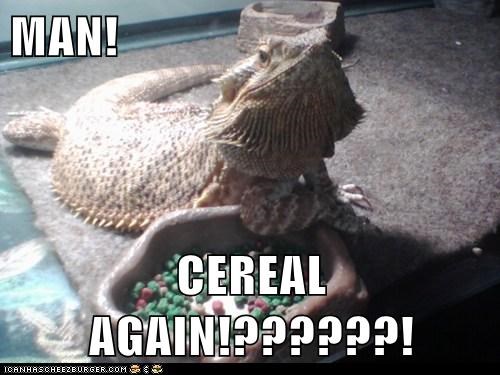 Do the right thing, people

Lovely Images Of Black Jaguar Playing With Her Spotted Baby

Juicy Doggo Memes To Keep You From Being Pawductive