If your cat is an outdoor cat, then you, as the owner, know that shenanigans are on the horizon. Your cats will annoy you mildly when they come back and scream by the front door for you to open it. You know that sometimes you'll find your cat in the weirdest places, sitting at some restaurant or visiting their other families outside. You don't know what is going on in their lives outside, and you accept it. But, if your cat is an indoors cat, and it runs away... that's grief right there.

The cat doesn't necessarily see it that way though, and this hilarious and viral twitter thread about a cat that ran away and was found the same day proves it. Not only did this little cat hooligan have the gall to run away with no warning, when it was found 12 hours later, it had the nerve to make faces and act all sassy.

Welp, at least we got a funny cat picture out of it and some absolutely hilarious viral tweets. 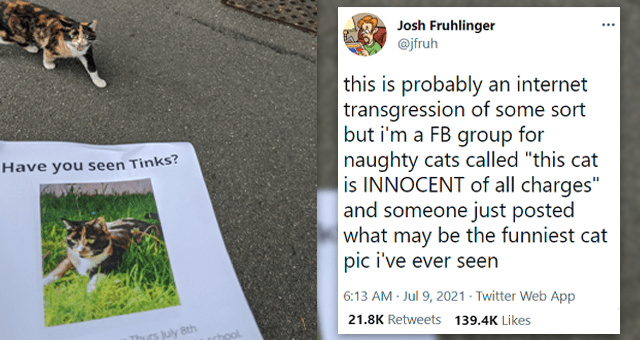 Not going to live, our hearts were beating out of our chest due to this dramatic unfolding! Talk about suspense!

Out in blizzard, mother otter still has to eat and feed her cub, as well. While placing her cub in a location she will return to, the mama goes fishing. However, the little cub couldn't seem to sit still and decided to go back into the water, leaving the mother in a panic frenzy when she returns to find her cub gone.

Thankfully, it all ends well and the pair are reunited by the end.

What a happy ending!

Theron had thought he had lost his beautiful cat named Cutie Pie. Heartbroken, he made the trip to Bangor Humane Society, an animal shelter in Maine, in search of a new cat to heal his heart.

Upon searching through the kennels, he stopped. A cat that looked just like his Cutie Pie. He examined the cat a little more closely and then the cat turned to face Theron. It was in that moment that Theron erupted in joy because that cat staring back at him was his one and only Cutie Pie.

And to prove it, Theron showed the staff at the shelter countless pics of Cutie Pie on his phone. After the staff saw the photos, there was no question about it!

Cutie Pie and Theron were reunited and the staff wrote in a Facebook post, "Let me just say I've honestly never seen a cat so eager to be in a cat carrier! He was SO ready to go home!"

We're so incredibly happy for Theron and Cutie Pie! And another important reminder to all pet owners out there -- please microchip your pets! It could save you a lot of heartache. 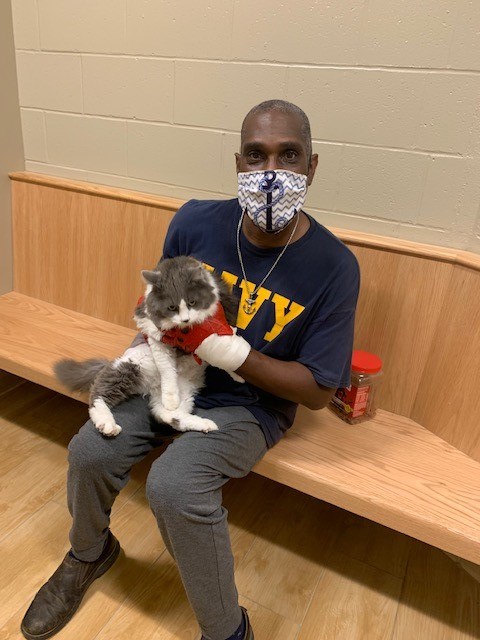 Lost Doggo Turns Himself In To The Authorities

Meet the handsome Chico! A very good, and very smart boy who reported himself missing to the Texan Police.

At the Odessa Police department, in Texas, an unexpected visitor happened to appear at the front desk. A polite doggo who gently put his paws on the front desk, as if there to report something important.

Oh wait! There was something important Chico had to report -- himself! Chico was missing and there he was at the station, completely nonchalant about the ordeal. Sergeant Rusty Martin, among the officers who saw Chico that day, said the dog didn't seem distressed about his lost status at all.

After hanging at the station, and receiving plenty of "love and attention," Chico decided it was time to bolt. Before taking off, the officers tried to gather info on the canine but it turned out to be more difficult than they imagined.

Unfortunately, the ID tag had fallen off from his collar. Therefore, animal control was dispatched to check for a microchip.

Fear not! His owner soon reported that Chico returned home safe and sound. 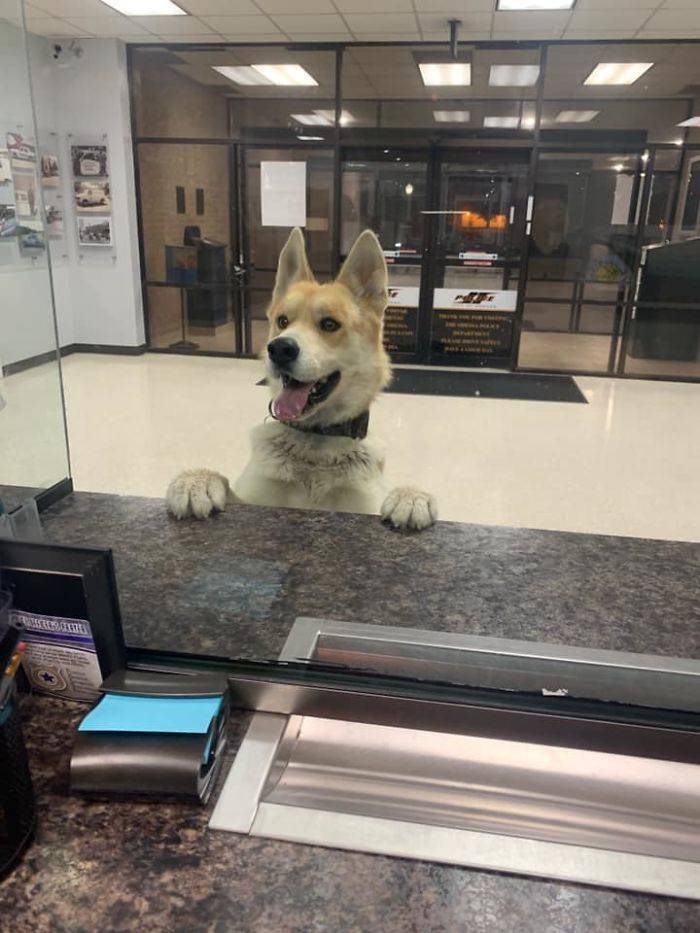 Reunited and it feline good!

Talk about meant to be! In Roseburg, Oregon, lived a teen who lost her childhood cat three years ago.

The Roseburg teen decided to volunteer at a local animal shelter, three years later, only to find herself face to face with a familiar face.

At the Saving Grace Pet Adoption center, 15-year-old Hannah Rountree recognized Spunky, her long lost cat. At first, Hannah wasn't 100% sure it was Spunky, only that the resemblance was uncanny, "I was like, is that my cat? It literally looks so much like Spunky."

"He was my first cat and the first thing I bonded with as a child, so it was really hard; I cried a lot," Hannah told KMTR.

Hannah and her family spent months looking for Spunky when he disappeared three years ago. Hannah made the realization that Spunky might be forever lost to her, "that's when I was kind of like, I think he passed away, or someone took him far away."

But there's still a mystery as to where Spunky had been these past years. You see, Saving Grace director Wendy Kang, Spunky was only brought into the shelter just a few months ago. "He was brought in as a stray who had been found off the side of the highway in Winchester," Kang said.

Spunky went up for adoption and was actually adopted by a couple who brought him back because Spunky wasn't very fond of chasing mice.

So there he was, the stars aligned, and Hannah and Spunky were able to reunite at long last. 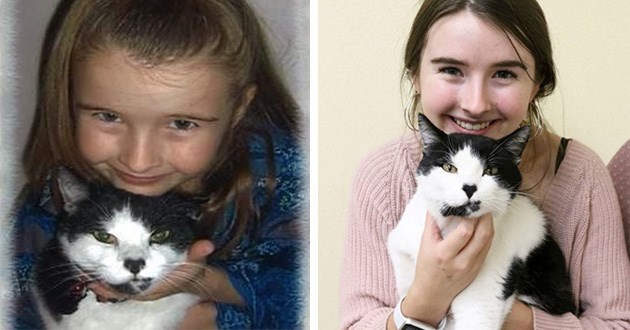 Persistent Cat Wouldn't Give Up On Joining One Family

This cat knows what he wants and he knows just WHO he wants! That 'who' he wanted was Erin Breean.

Erin Breean was walking her dog, Murphy, with her boyfriend, when she noticed a furry stranger. She didn't realize at the time that this lil stranger would soon stalk her entire family for the next several days!

Thankfully, this furry stranger we're talking about is a cat. Otherwise, this story would just be really creepy. 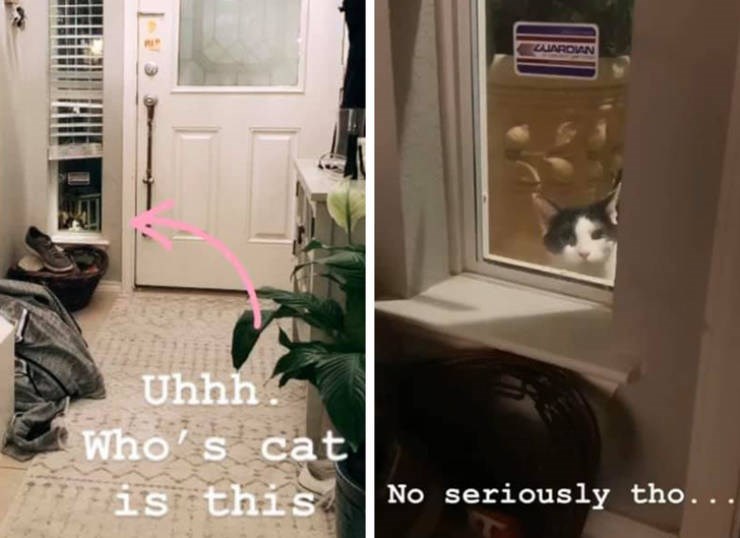 And she did! The love we have for our pets can sometimes astound us!

It happened on July 20th, when Carole, her husband, and Katie, traveled to Flathead County for a four-day getaway. The couple had gone out to dinner and left Katie in their hotel room, and when they returned Katie was nowhere to be found.

King told the Daily Inter Lake that she was devastated and sick to her stomach. She frantically searched her room for her Katie, looking for any signs of her beloved canine before rushing to the front desk in hopes Katie was still somewhere in the building.

Unfortunately, the moment those automatic doors opened, Katie ran out without a trace.

The devastated couple spent days that soon turned into weeks looking for Katie.

Carole King worked as a postal worker but quit in order to continue her search and dedicate all her time to it.

The news about Katie was beginning to spread online and in doing so, multiple Facebook pages popped up, filled with users who were offering words of encouragement and sharing and information about recent sightings that could help bring Katie home.

King hung up 500 flyers around the county, searching into the night and gone as far as setting up a few game cameras in spots where Katie had been spotted.

"I never gave up. I never lost hope," said King.

On September 15th, 57 days later, King got a call in the early morning from a man in the Country Estates neighborhood. He told her there was a dog in his backyard that matched the description of Katie. It just so happened that the day before the call, King and a friend were in that very neighborhood posting flyers around.

King called up that same friend for help as they rushed out to find Katie but by the time they arrived, the dog was already gone.

The pair decided to search the neighborhood again with no luck in sight. As they decide to return back home, a woman called out to King, "As the lady was walking back, she points over to the tree where it's real dark and says, 'Is that your dog?'" King said. "And I turn and it's Katie."

Heart skipping a beat and beyond excited, King called out to her beloved dog, "Katie. Katie girl!"

"I just bear-hugged her; I wasn't going to let her go," King recalled. "Tears were flying, we were screaming, everybody is high-fiving, hugging each other. People are stopping in their vehicles, getting out and hugging us. I think the whole neighborhood knew that we found her."

Immediately from there, King took Katie to a local emergency vet clinic where King learned that she had lost 12 pounds, was severely dehydrated and in starvation mode.

Even though Katie was skin and bones, she is in good spirits and expected to make a full recovery.

Congratulations to the King's who never gave up hope! Katie is lucky to have you! 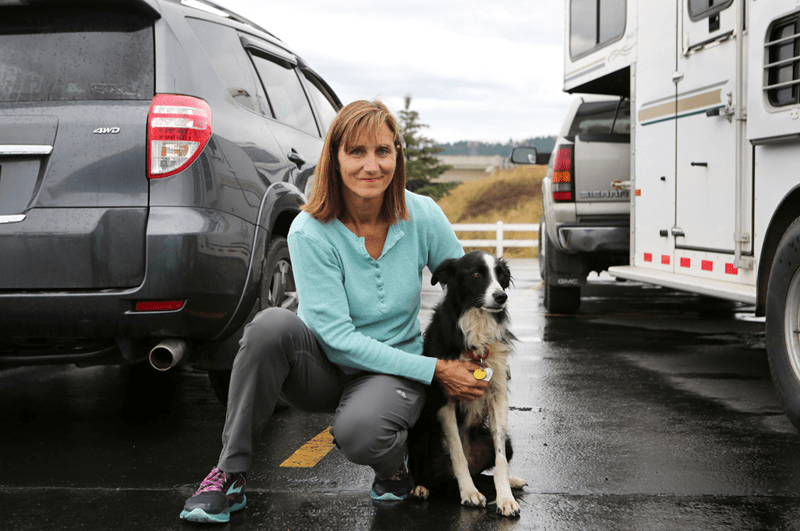 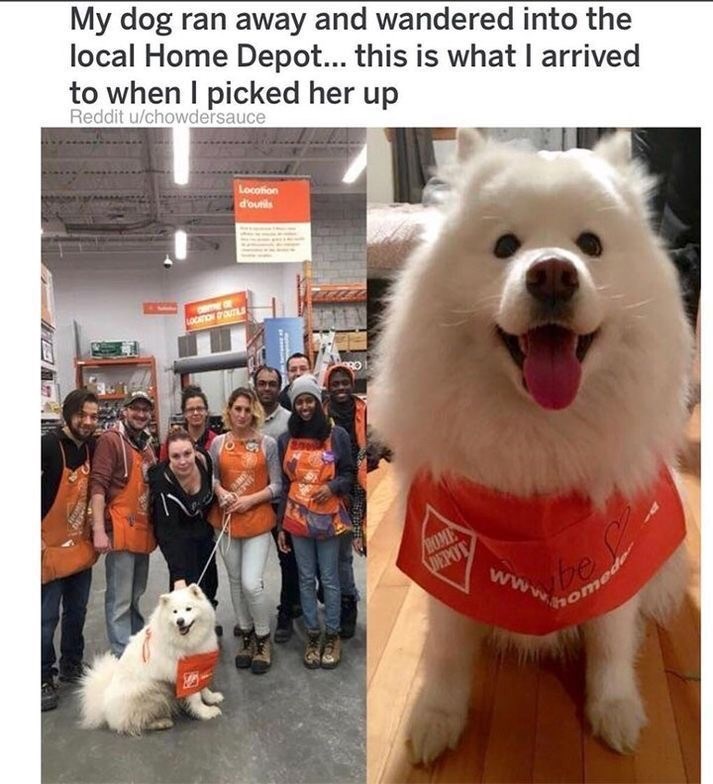 This sweet story is too pure for this world.

Save this Cat from Himself! 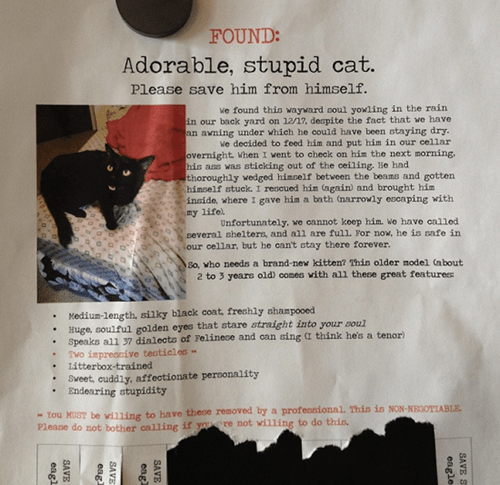 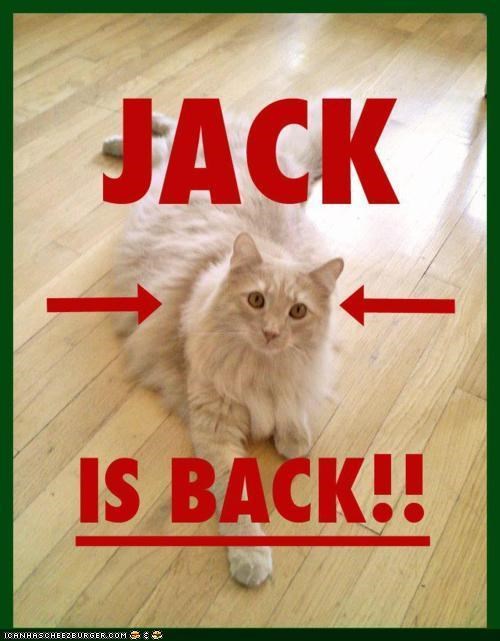 Via The Daily What
Repost
Recaption
Comments

Thread: Rescuing And Taking Care Of A Group Of Injured Kittens

Another Helping Of Ruffolicious Doggo Memes