Our hearts may just burst completely wide open and there's nothing that can be done about it. It's a phenomenon called cuteness overload and this cub has all those characteristics in the making.

We've seen dogs frolicking in autumn leaves, heck we've seen cats enjoying the beautiful Fall weather, but lion cubs? Lion cubs in piles of fallen leaves and attacking them? Well, never have we ever seen anything so precious!

Autumn is still here, and these photos are the only things keeping us warm right now. With winter right around the corner, we think we could all use these heartwarming images to help us brace for the inevitable cold. 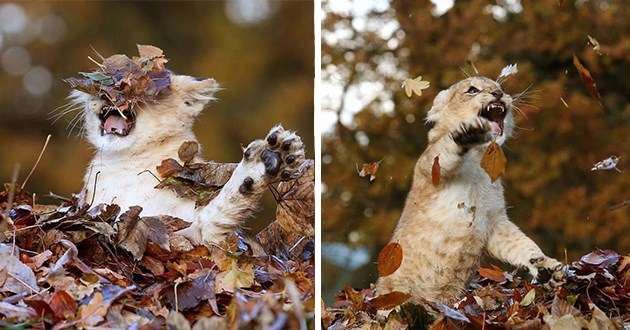 There's a reason we all look at the cubs of big cats and want to pet them as if they're kittens, and this video showcases exactly why that is. Giving us its very best effort to roar like the king of the jungle, this tiny fluffy lion ends up squeaking instead, just like a kitten.

The cub probably doesn't understand why everyone around it is awwing instead of bowing, but we do, and so do the people filming it. "They all make that sound?" one of the people asks, and another clarifies that "it'll turn into a growl later," but it's almost hard to believe that with how adorable the roar is. No wonder we all kiiinda want to have a pet lion. Like, be honest about it, it would be incredible to cuddle with one. It's almost shocking, honestly, that our cute house cats are relatives of cubs like this, but then we remember how ferociously our cat attacks whenever there's a hairband on the floor, and things make a bit more sense in the world.

Adorable Lion Cub Playing In Leaves Is Too Cute To Miss 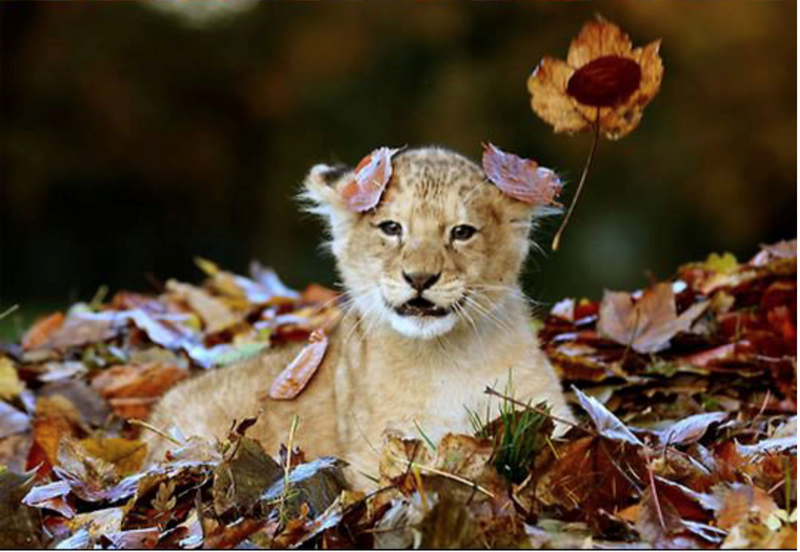 Everything the Light Touches is our Kingdom 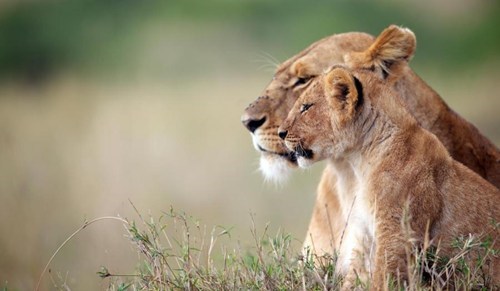 By sixonefive72
Repost
Recaption
Comments
The Daily What
Favorite 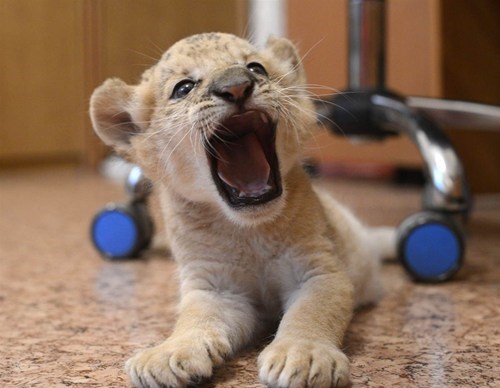 What's all the fuss about widdle lion cub? You're hungry? AGAIN? I guess it's time for second breakfast... 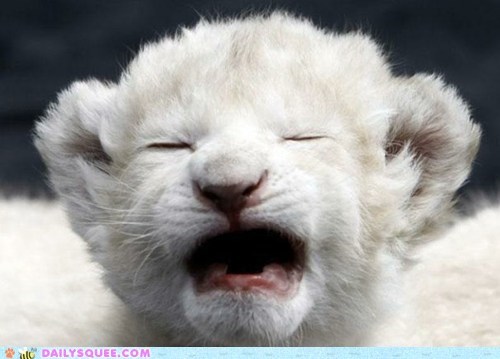 Oh my! You're so widdle you don't even have any teeth yet. It is definitely past your bed time widdle cub, go to sleep!

This goes to show that even lion cubs needs pacifiers at times. I just hope mommy or daddy doesn't mind. 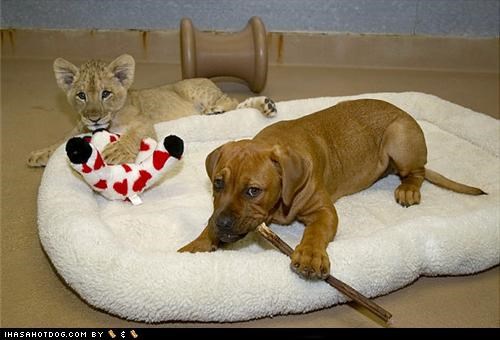