Using a Fallen Branch As a Ladder, a Smart Chimp Escaped From Its Enclosure At Belfast Zoo

Using a fallen tree branch as a ladder, at least one chimp left their enclosure. A spokesperson for Belfast City Council said the animals were reunited quickly. Check out the incredible videos.

There are millions of stray animals that roam our city streets. What do they do when the weather gets cold? They have to find shelter somewhere, or they may die. One kind hearted woman from Turkey built a ladder for the neighborhood stray cats to use. Call it a stairway to heaven. 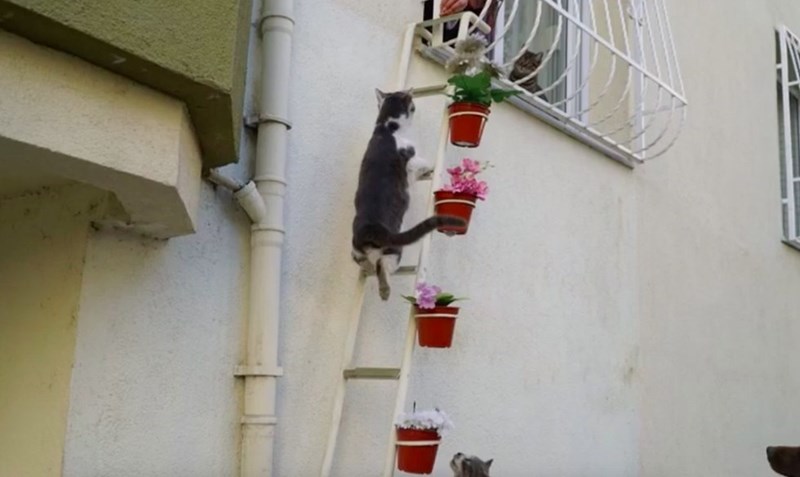 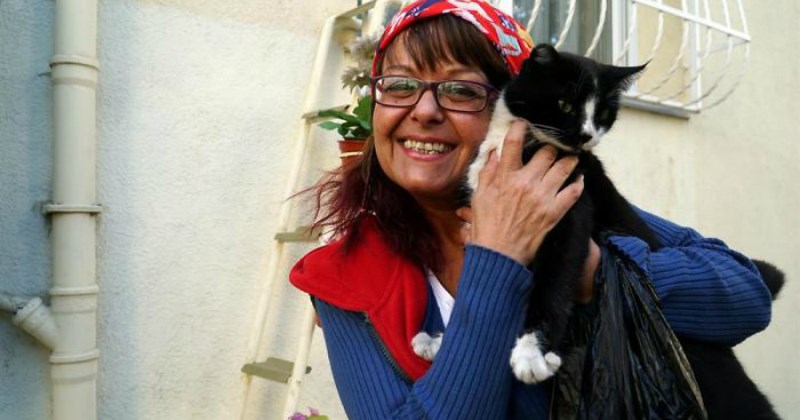 "An ingenious scientist created a homemade ladder so his beloved cat can travel freely in and out of his house after his landlord banned him from having a catflap. Tariq Khoyratty, 26, made the 7m ladder, which is 15cm wide, for less than £25 from four 6ft decking planks and strips of wood. His girlfriend Nikki Wheeler, 26, came up with the idea after their estate agent banned them from fitting a catflap to their 17th century Grade II listed cottage's back doors. Since building and installing it on Saturday, October 8, their five-month-old ginger tom cat called Nelson has been constantly running up and down wooden structure. It is attached to the couple's first floor bedroom window with an easily detachable elastic bungee cord."

It Always Looks Easier On TV 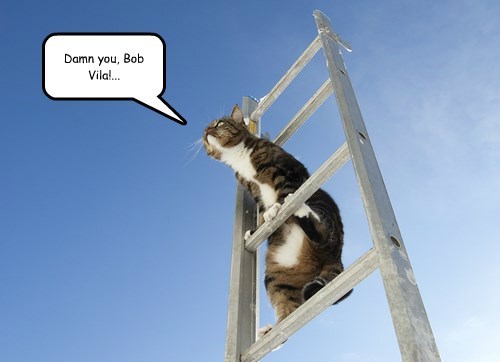 You Don't Go Past That Top Step for a Reason 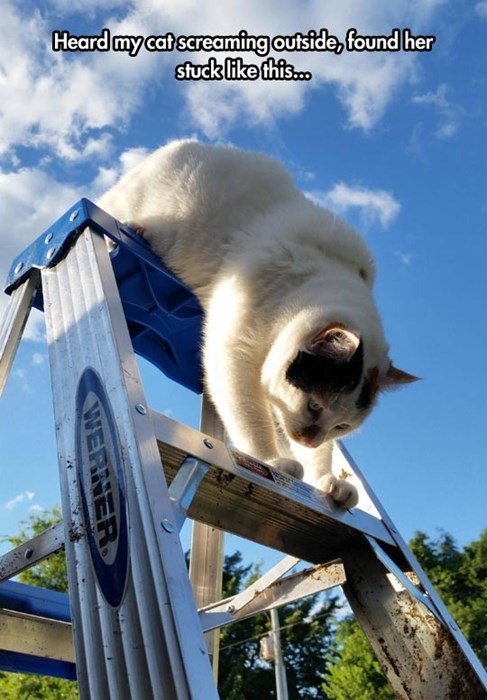 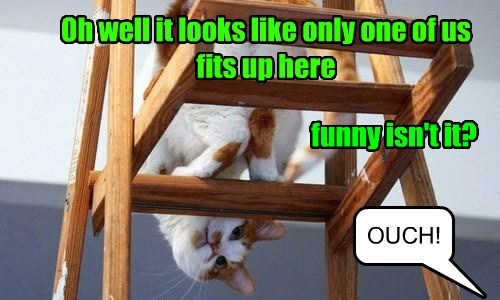 Mom is So Much Fun 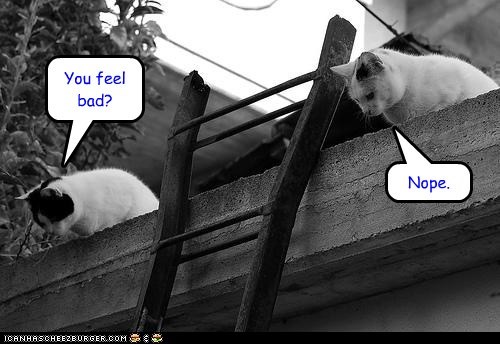 Go get your own ladder, bear! 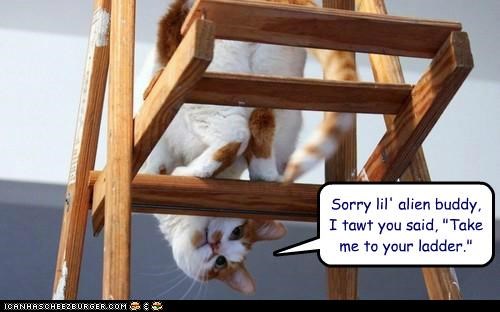 Sorry lil' alien buddy, I tawt you said, "Take me to your ladder."

u cud haz jus tayken him 2 basement kitteh, u noez. 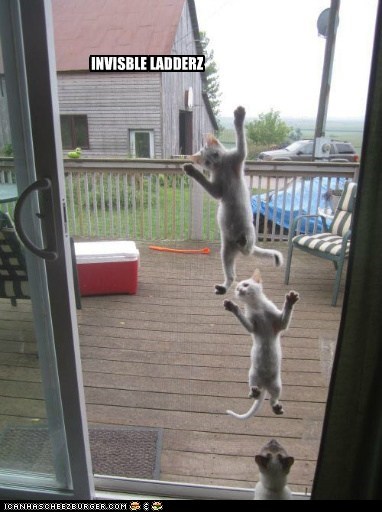 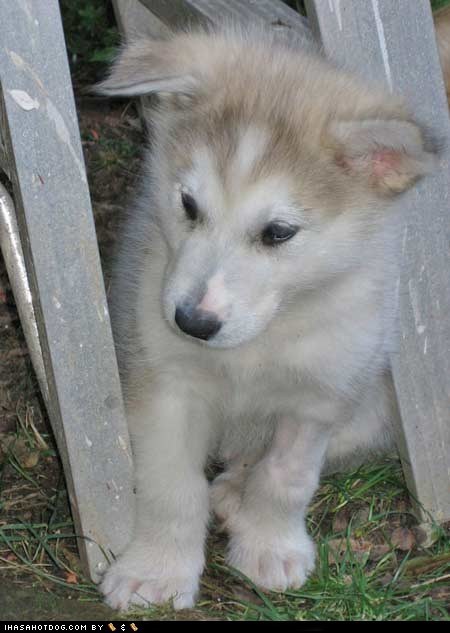 VIDEO: Have a Nice Trip, See Ya Next Fall!

While trying to descend the loft ladder, six-month-old Bella receives a "helping paw" from Kimba. What a good friend Kimba is!

The kittehs' hoomins have assured us that Bella was not injured. 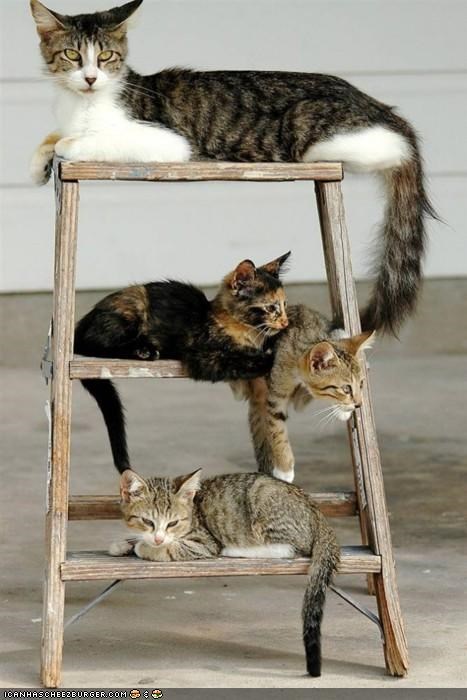