Many of you recall the heartbreaking story of Tahlequah, the orca whose love and actions for her dead calf was seen around the world.

Almost to this day two years ago, this devoted mother lost her baby calf and was so heartbroken, she kept her calf afloat for 17 days as she continuously carried it. It was a heartbreaking sight and it's a moment we can never forget. Whoever says animals don't have emotions -- you tell them Tahlequah's story.

And now, two years after those gut-wrenching 17 days, Tahlequah is officially pregnant once again! This orca was obviously a born-to-be mother and we're so incredibly happy for her and her second chance at motherhood.

According to Seattle Times, Tahlequah is still a ways away from a successful birth, and like all orcas, she will be requiring luck on her side to bring her baby into this world, and keep it alive.

We wish her all the best. 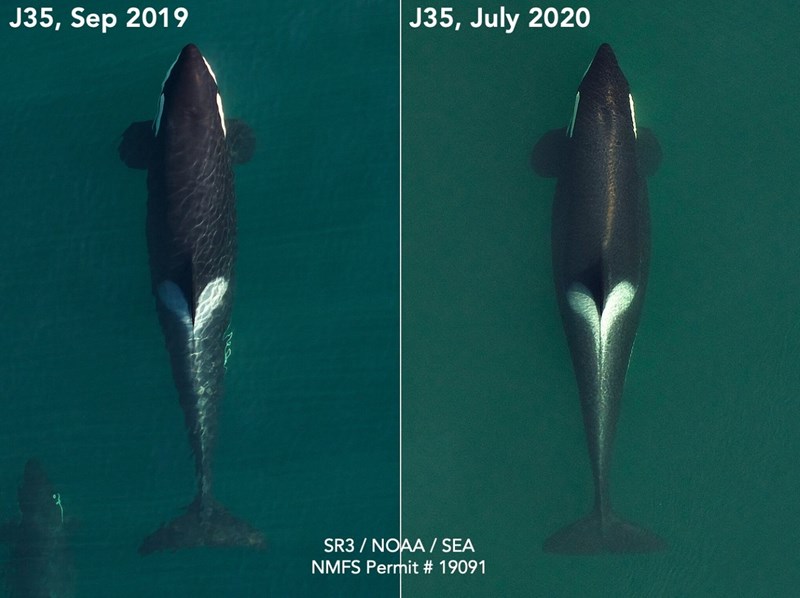 Natalie Kepa took her six-year-old daughter, Stella, waterskiing in Kumutoto Bay, New Zealand, when they ran into something unexpected -- orcas!

Kepa told Storyful that upon first seeing the orcas, she simply "didn't know what to do."

As you can see in the video, Stella is absolute natural waterskiing, her mom and others cheer her on as she takes on this new activity for the very first time. However, soon those cheers turn into shouts of shock.

"I was beside myself," Natalie told Storyful. Stella, on the other hand, "totally loved it," Natalie said. She "was crazily calm throughout" and is now keen to get out again as her friends thing she's an awesome "whale rider."

According to Whale Facts, orcas tackle large prey and won't attack a human unless threatened. Did you know that there are no known cases of humans being killed by them in the wild? Just something to chew on.

Be sure to look at the bottom of the video under the wake at 0:29 in the water... CRAZY.

A couple of friends from San Diego got a super rare treat while out on a fishing expedition. While traveling at a high rate of speed, they suddenly happened upon an pod of Orcas about half a mile off the bow. Then, one of the Orcas split off from the pod, and burst from the water right beside the boat. The Orca would continue to follow them for around 10 minutes, having thoroughly shocked and soaked them with its first appearance. It was so close to the boat that they said they could have reached out and touched it while it leaped out of the water.

The crew took advantage of the ample selfie and video opportunities. They said the fishing trip may have been a dud, but it was worth it for the Orcas and an "awesome day on the water". But if you thought this was an amazing case, this encounter with a young white killer whale was truly a rare sight to behold. 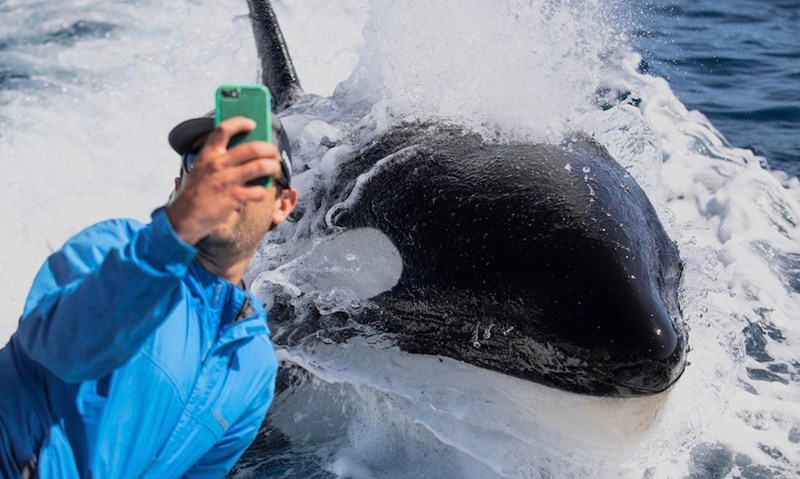 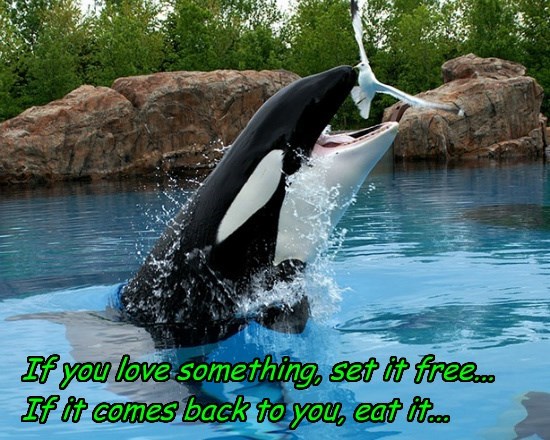 Who you callin' fat? 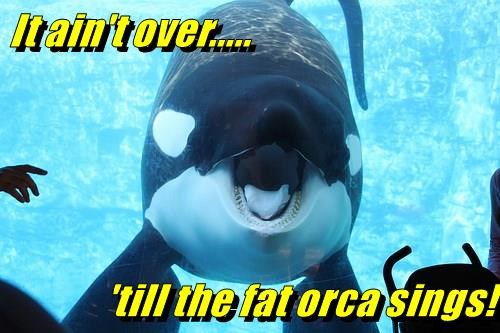 At Least This Club Never Has a Cover 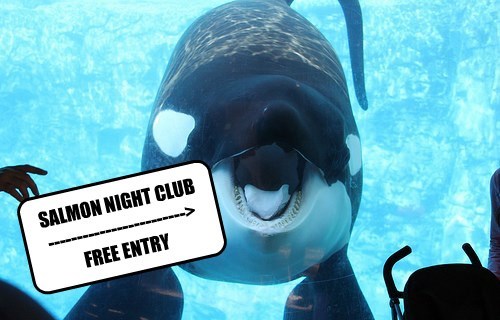 By LittleWalken
Repost
Recaption
Comments
I Can Has Cheezburger?
Favorite 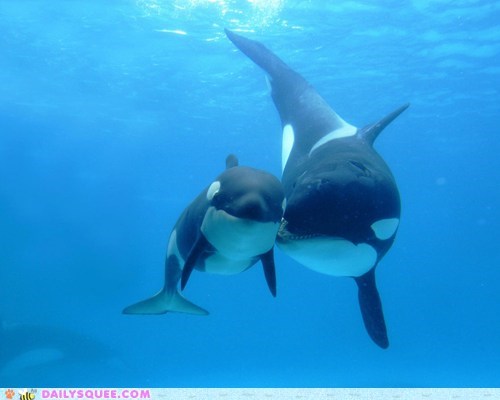 We should never forget the squees that are under the seas!

Guess Who's Coming To Dinner? 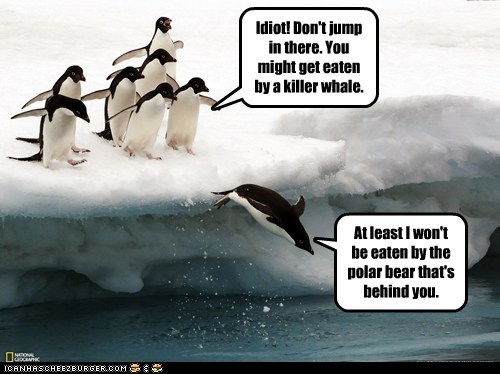 "Idiot! Don't jump in there. You might get eaten by a killer whale." "At least I won't be eaten by the polar bear that's behind you." 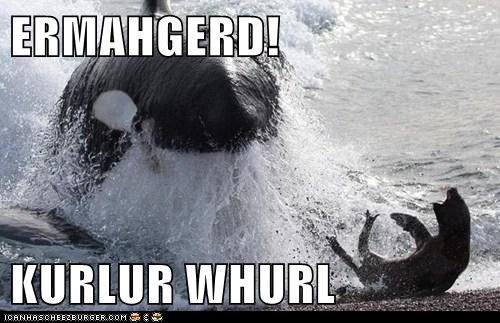 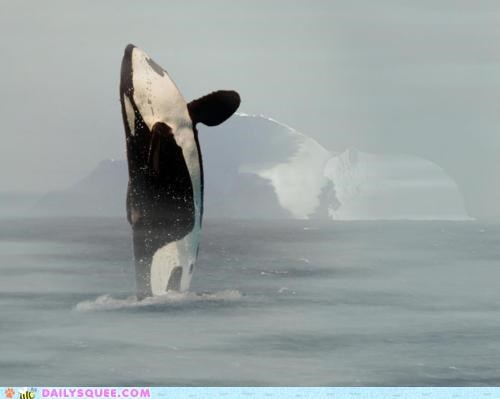