Meet Jarvis, a cat that's quite skilled in giving the stink eye to one Nasrin Hami, his owner. Nasrin Hami and her husband are both from Thailand and have recently gone viral after Nasrin began sharing images of Jarvis making the conscious decision to choose her husband over her.

Jarvis is very protective and possessive over Nasrin's husband, and the images that prove it are hilarious. It's hard coming to the realization that your cat has chosen another over you, that level of betraying would cut deep. Definitely doesn't make the story any less hilarious, though.

These funny couples are all we needed today... 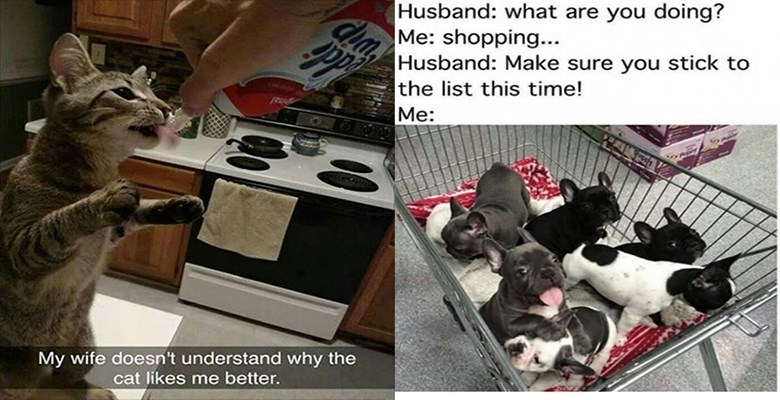 A man went to extreme lengths after his dying wife asked to see her beloved dog one last time. He had shared his story on popular site Reddit about how he was able to do it…Via: Goodfullness 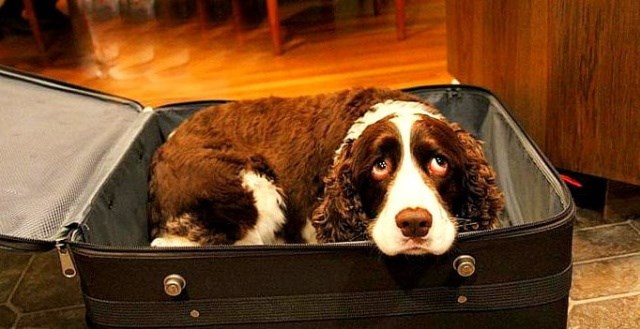 It's hard to imagine a better gender reveal photo shoot than the one photographer Carlye Allen threw her friend, Joy Stone. Joy and her husband Brady had been searching for a rescue puppy for quite some time. However, they couldn't find the perfect fit for their little family. Then, few days ago, Carley saw a post by Gracie Gonzalez, who found this puppy with four other siblings abandoned alongside a Texas railroad track. Carley reached out to her friend with an idea: "I thought that this one would be a perfect addition to their family," Carley told WISTV . "I drove two hours to pick up the puppy, and my friend drove three to meet me."

So the photo shoot happened but it gets even cuter. The woman almost scared her husband with the style of photos: "Her husband had no idea that we had this up to our sleeves. I was a hostess for a shower the day prior and happened to have a tank of helium and extra balloons in my trunk," Carley said. "I joked about doing a gender reveal to my friend, and she loved the idea. Fifteen minutes later, we were in my yard snapping pictures." When Joy brought the puppy home, her husband was in shock. He was thrilled to welcome Rey (they're avid Star Wars fans) into their family." Via: WISTV 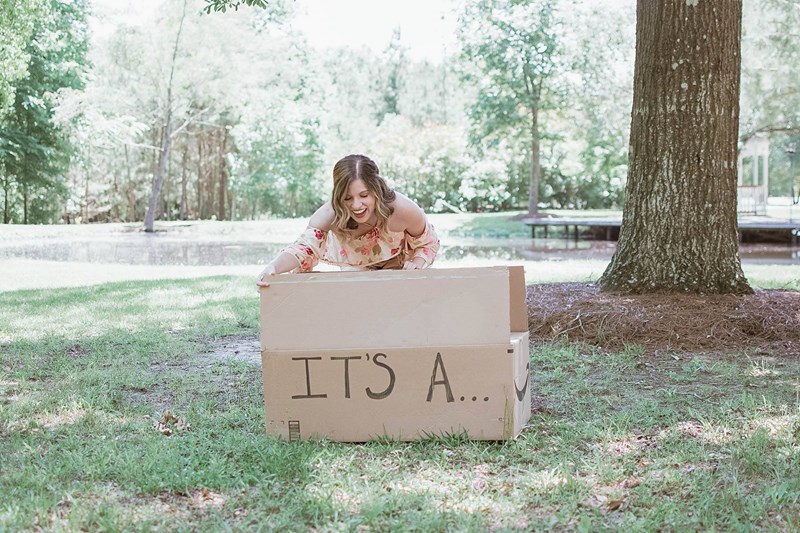 In Hilariuos Text Exchange, Wife Convinces Her Husband She “Adopted” A Pet Coyote

Kayla Eby decided to trick her husband into thinking she'd brought a coyote into their family by telling him it was their new dog. With the magic of Photoshop, she had him convinced that the creature was not only in their house, but right next to their toddler on the couch.

Check out those hilarious texts. We think that is what marriage all about. 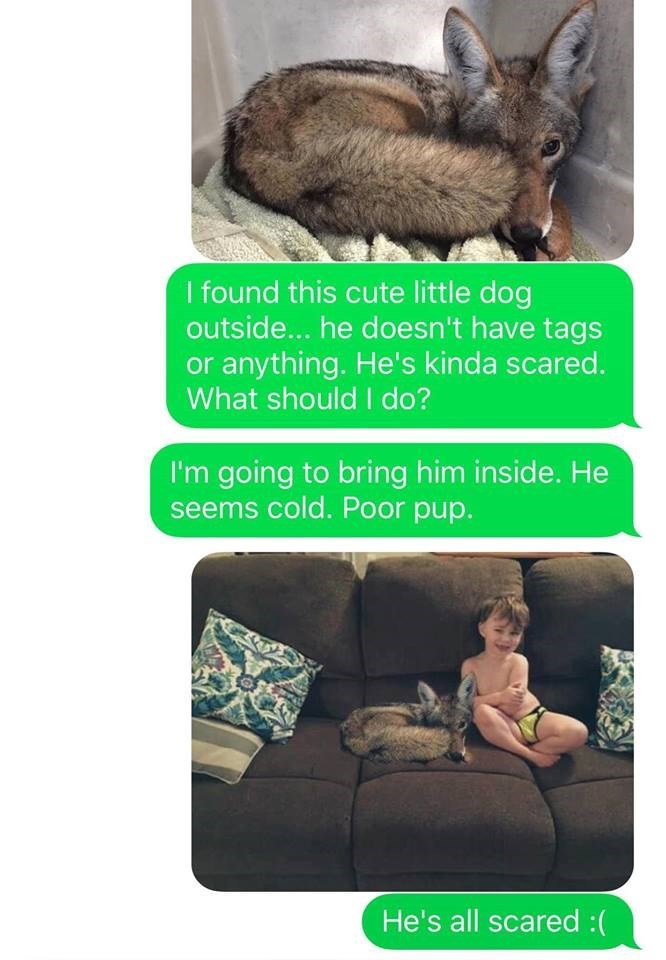 Dog Must Have Called "Shotgun" 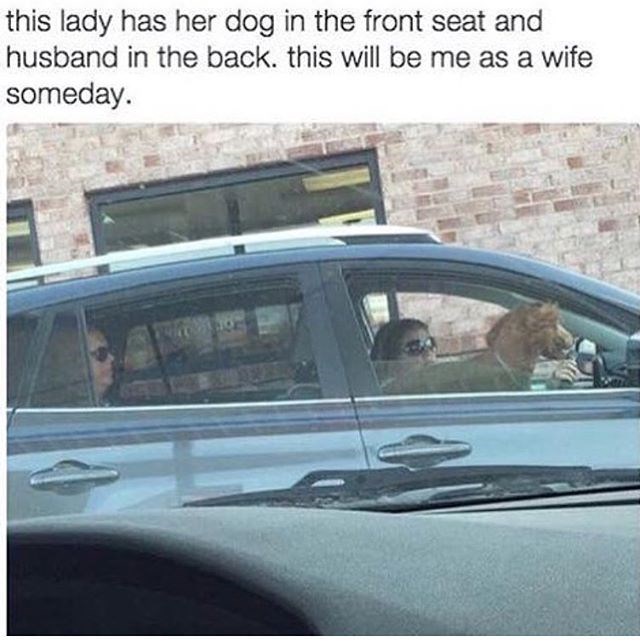 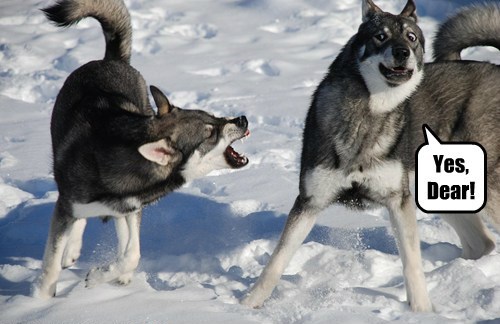 This Bear Reminds Me of My Husband 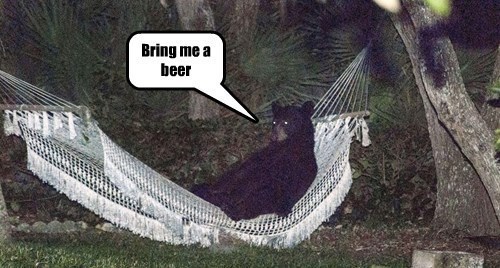 Such Scrabble, So Smart 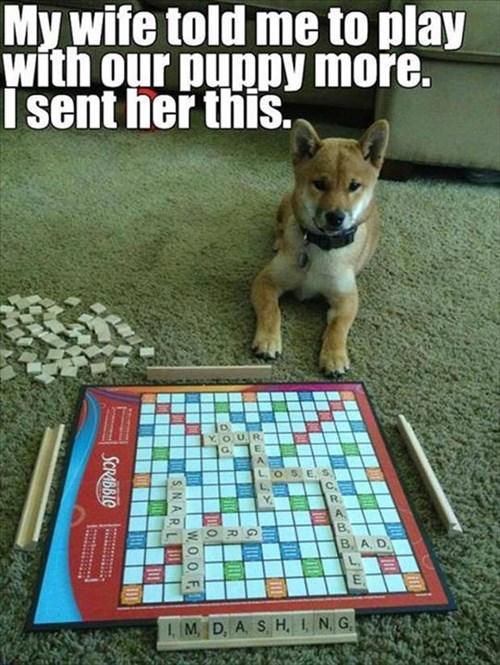 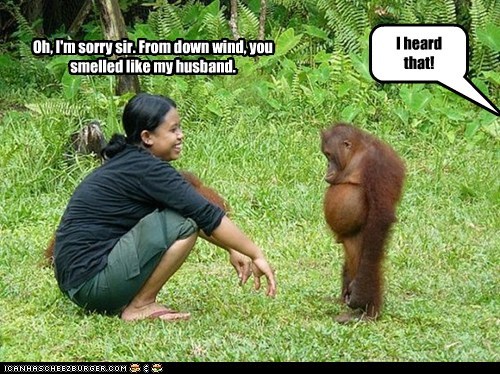 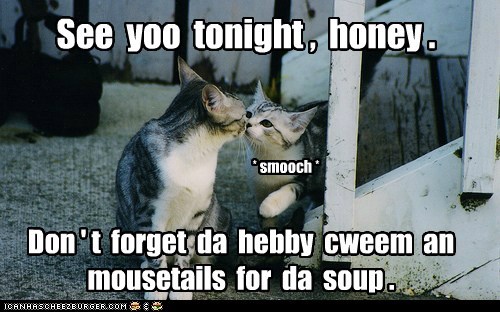 When Your Husband's An Ass 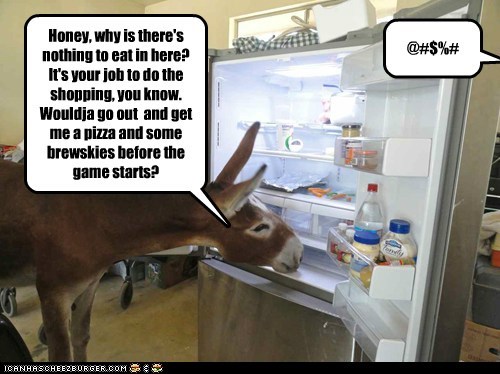 "Honey, why is there nothing to eat in here? It's your job to do the shopping, you know. Wouldja go out and get me a pizza and some brewskies before the game starts?" "@#$%#" 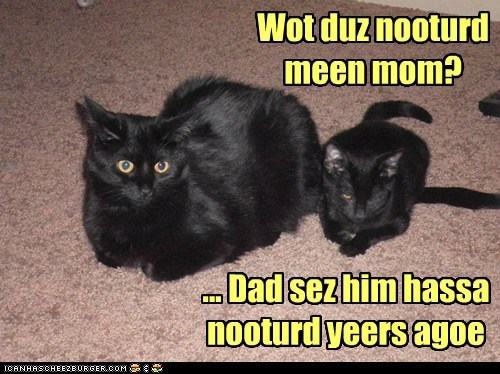 
Love LOLcats? Who doesn't?! There are so many more over here! 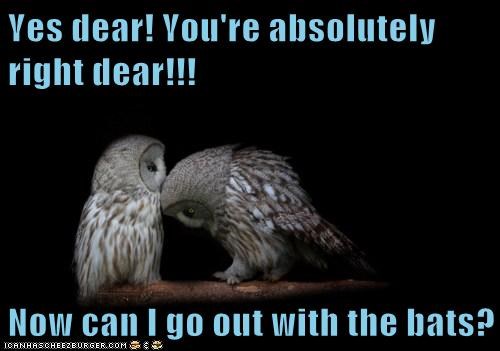 Yes dear! You're absolutely right dear!!! Now can I go out with the bats? 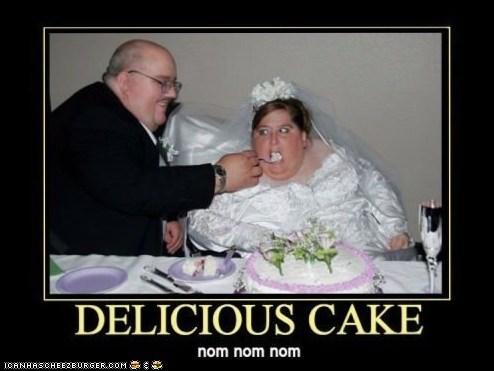