That's a solid "nope" if we ever saw one.

2020 isn't messing around is it? People around the world want to know who the heck is playing Jumanji and can they please finish it up -- quickly! And honestly, we're right there with them.

It has been reported that "Murder Hornets" have been spotted in the United States. What are "murder hornets" you might ask? Asian giant hornets is an invasive hornet species that slaughters honeybees and can be deadly to humans.

And while the danger to an average person is low on the level og concern, officials are concerned about the local honeybee population. 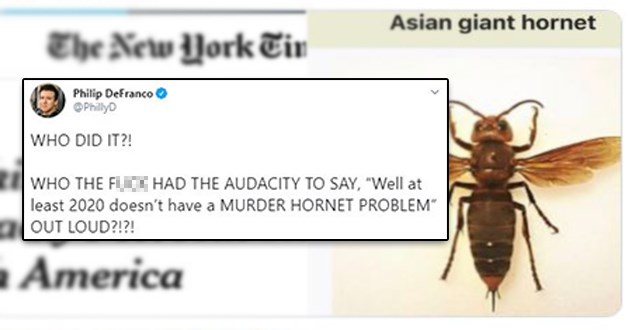