Gather around, folks! You're in for a delicious treat that comes in the form of a cat treat!

Cat gifs galore! We've got the funnies, the cuteness, the goofs, and the all-around wholesomeness!

And it's all waiting and ready for your viewing pleasure. So, kick off those shoes, sit back, and enjoy some goodness coming your way! 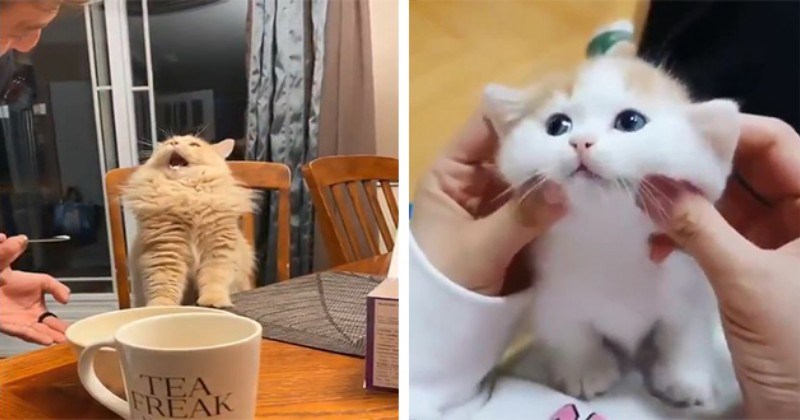 Oh my, oh my! It's simply the cutest and most wholesome collection of animal gifs we've gathered in awhile!

We hope you're as excited about them as we are! And get ready to let the wholesomeness seep into your heart. And just a caution, you will be smiling like a mad person while looking at these gifs, or so we've been told...

We hope you have a wonderful day! 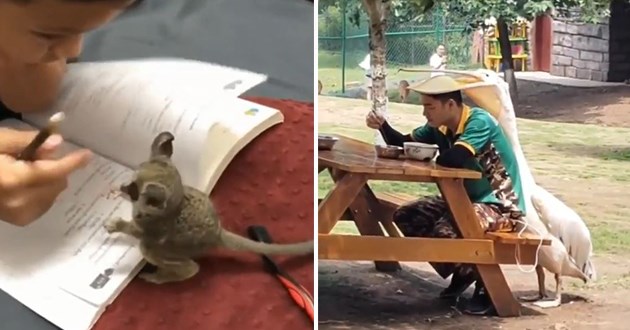 Welcome to Behind the GIFs! If you haven't already seen something like this browsing the web before, you're missing out! Behind the GIFs is a comic series based on a particular GIF, basically, the story behind it.

The page is created by the talented AC Stuart and Kat Swenski, who shared their journey that lead them to where they are, "While exploring the dusty catacombs of a Pharaoh's tomb, intrepid explorers AC Stuart and Kat Swenski discovered an ancient relic that imbued them with the power to see the story behind any animated GIF. In a separate incident, they were bitten by a radioactive cartoonist. They now use their combined powers to explore the truth Behind the GIF."

And now, the moment you've all been waiting for... the story behind the GIF! 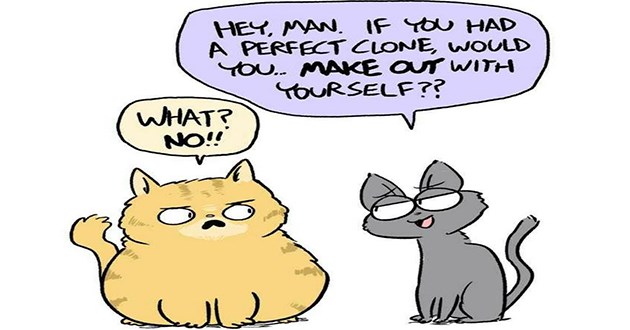 We could all use an extra bit of doggo goodness in our lives these days! Just a bit of fluff to calm the ruff!

Nothing brings the smiles as much as cute animals doing cute things. It will win every single time. And we do not mind in the slightest!

So if you're feeling blue, we hope these doggo gifs help bring you some warmth and happiness. And if you want another doggo-filled boost, we've got that too! 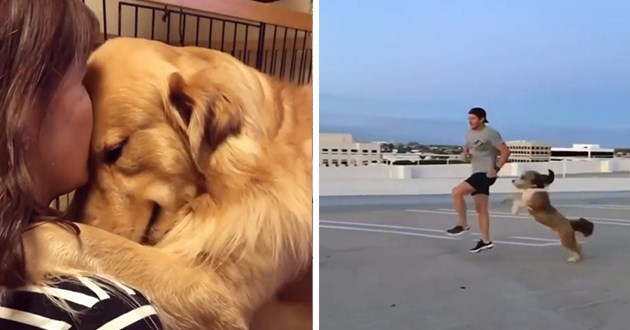 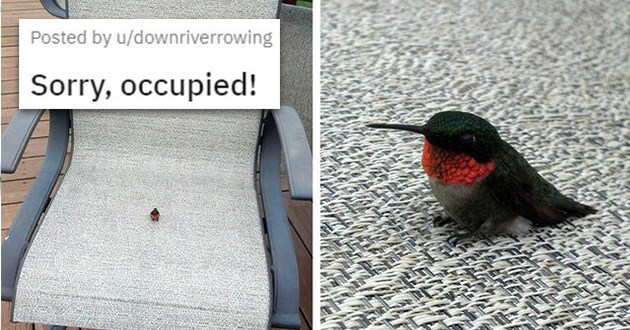 Nom nom nom... it's everyone's favorite time of the day-- time to eat!

If there's a definite common interest between humans and animals, it would definitely be our interest in delicious noms.

Let's chow down on some animal gifs enjoying their chow time! 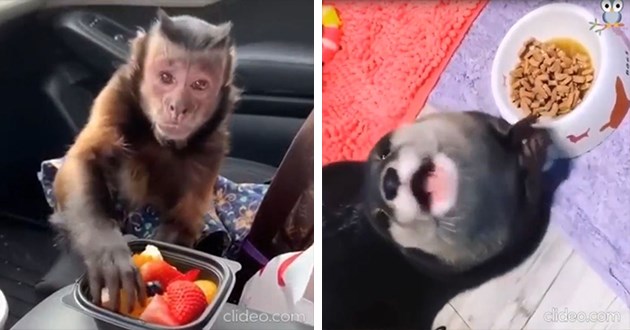 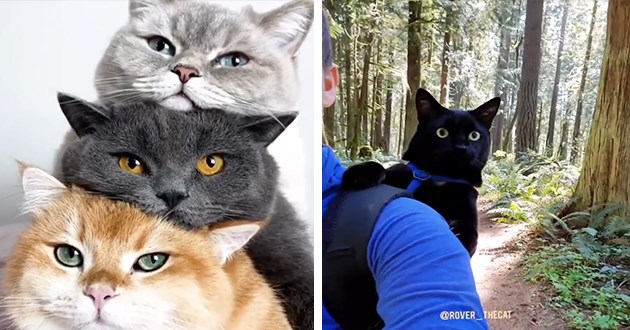 Cat Memes And Gifs For A Extra Lift

We feel you, the weekend has come and gone so quickly that we just needed a moment to feel the presence of Caturday once more.

And with that being said, we have collected a few delicious cat memes and a handful of adorable, yet silly, cat gifs.

It's the purrfect blend where crazy cute meets hilarity. Enjoy! 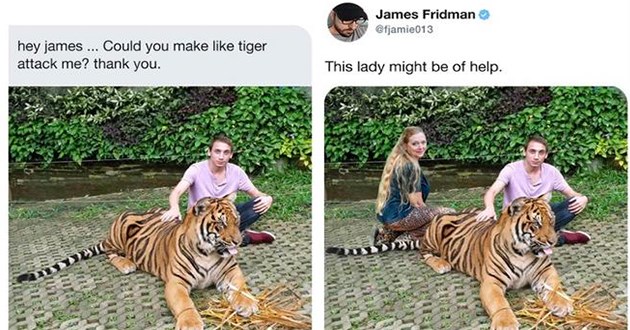 Weekend vibes are the best and we're here to make sure those vibes are all positive ones!

With that in mind, welcome to the wholesome doggo gift party! The party filled with good boys and girls and is sure to lift ones spirit and make sure it stays lifted!

Have a happy day! 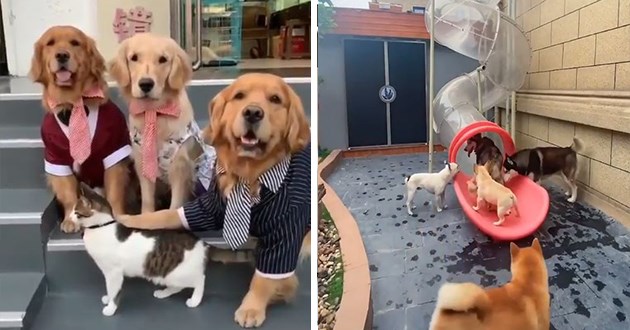 Don't you worry, our love for these animals have not tapired off.

Now that we got that pun out of the way -- welcome to the portable mini collection of baby tapirs that will have you sporty a goofy grin on that lovely face of yours!

So much cute in such a small package! Enjoy! 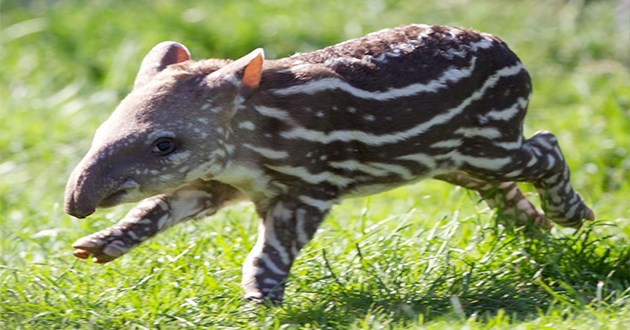 Cat gifs are the gifts that keep on giving! When in doubt, just take a moment to catch up on your daily cat gifs to lift you up!

Trust us, we've been doing it for awhile and can confirm this.

Did you need some proof? Just scroll down and let the good times roll! 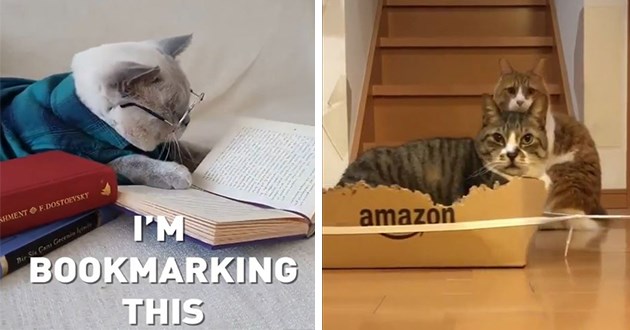 Groove Into The Weekend With Cat Gifs (10 Gifs)

Woo! Get into that weekend grove with some purrfect cat gifs!

Think about it, it's the perfect combo. On one hand you have cats and on the other it's Friday! Can't think of anything better!

Hope you got your comfy jammies on for this list! Just kidding, we all know we're all jammies 24/7 these days.Th 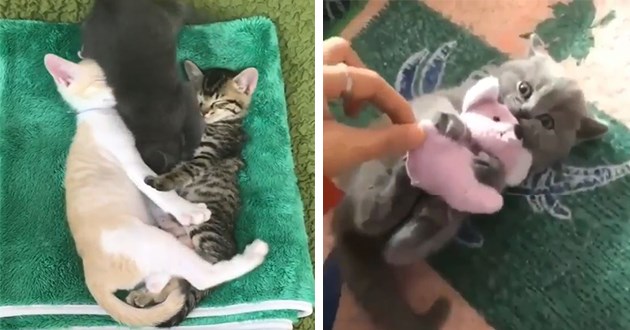 Looking for something to take the edge off? This is the right place! The silliest (and cutest, if we might add) animals gifs and pics all ripe for the plucking! 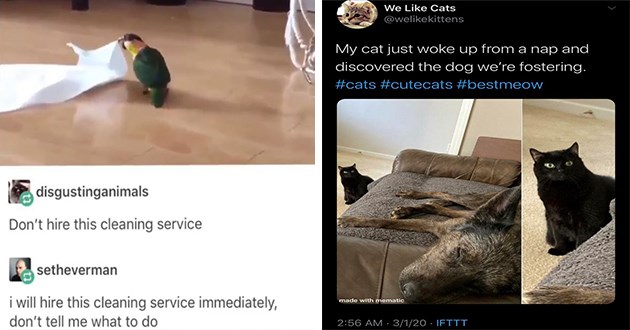 Fall Into The Foxhole (50 Pics, Gifs, And Memes)

Bring on the foxy foxes! We humans have a weird love for foxes and we think we know exactly why, they are the perfectly hybrid of a dog and a cat.

The more you think about it, the more true it seems.

Get ready to fall deep into the foxhole! With 50 pics, gifs, memes, and just all things fox-related! 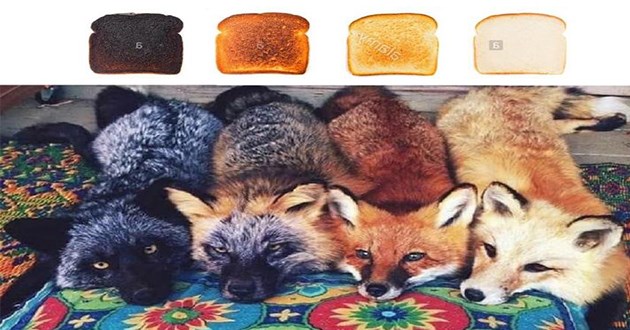 If you're a fan of art and cats, boy do we have the purrfect Instagram page for you!

Meet Yan, the accidental artist behind @flooflers on Instagram! What started as stress reliever soon turned into a really popular page! Flooflers already has nearly 200k followers! Cat-loving artist, Yan, takes inspiration from cat vids and pics all over the internet and re-creates the cutest illustrations of the scene!

Be sure to swipe through on each Instagram pic to see the original pic/vid, as well as, the behind the scenes of creating the image/gif! 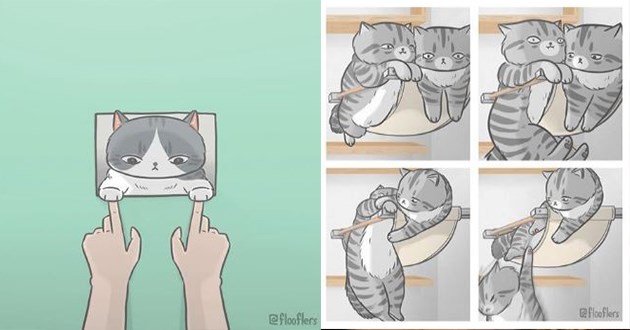 These are so cool to watch!

What is a Photomosaic? A Photomosaic, is a picture that has been divided into (usually equal sized) tiled sections, each of which is replaced with another photograph that matches the target photo.

In this case, we have a target image on the left and on the right, a plethora of cat images coming together! It's mesmerizing and we can totally watch way more of these!