It's a general rule in life that if you want to make anything better, then just add cats. Tying the knot is no exception as these photos of cats at weddings will now prove.

All these photos capture moments that would have just been your bog-standard, run-of-the-mill special moment if it wasn't for those kitties. 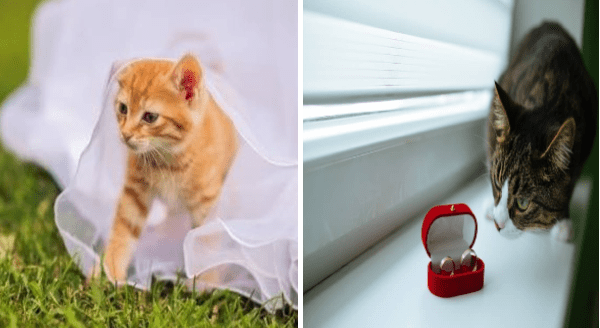 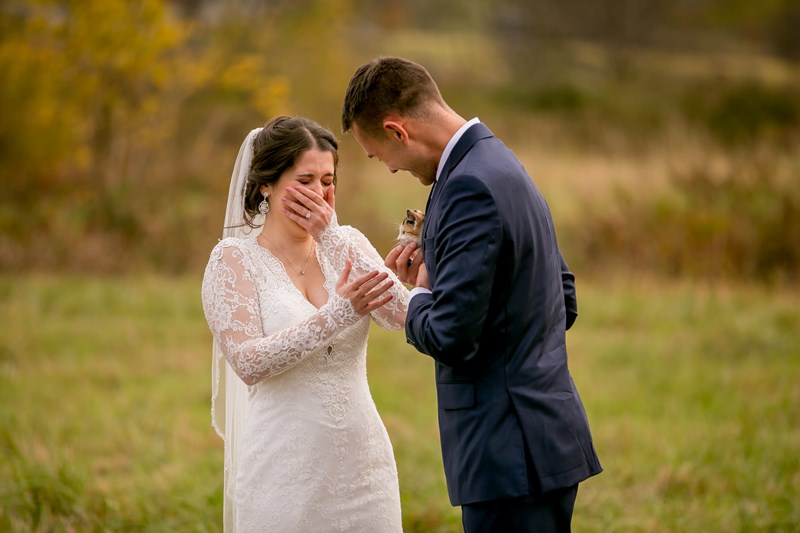 Raise your hand if, just like us, you think raccoons are cute, adorable, but also sly little devils. Here is another story to show you why we adore them so much.

Sarah and Zach, Newlywed couple, were having a photoshoot in San Francisco's Golden Gate Park. Everything was absolutely perfect till, all of a sudden, a wild raccoon family appears. Yes, a family of 5 trash pandas crashed the photo shoot, making the day all the more memorable for the young newlyweds.

Their photographer, Kathryn White,  shared the adorable photos on her Facebook page. 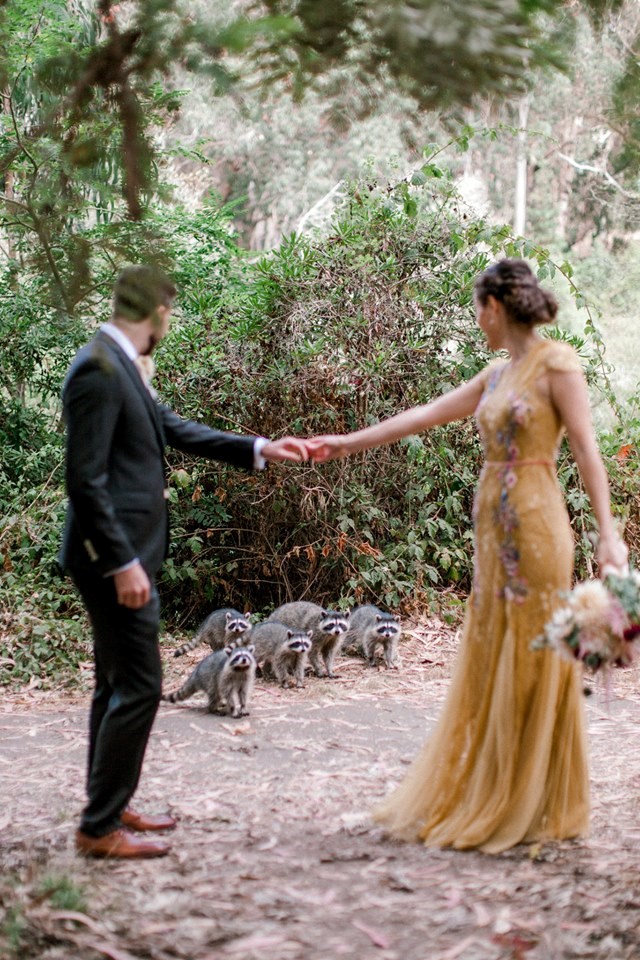 Photographer Captures The Hidden Lives Of Stray Cats And It's Pawsome

Japanese Photographer, Nyankichi Rojiupa, doesn't have any cats of his own, but he is fascinated by these enigmatic creatures. So when he stumbled upon a group of strays in the city, he decided to stick around ,watch and take amazing photos. Check out his instagram page for more. 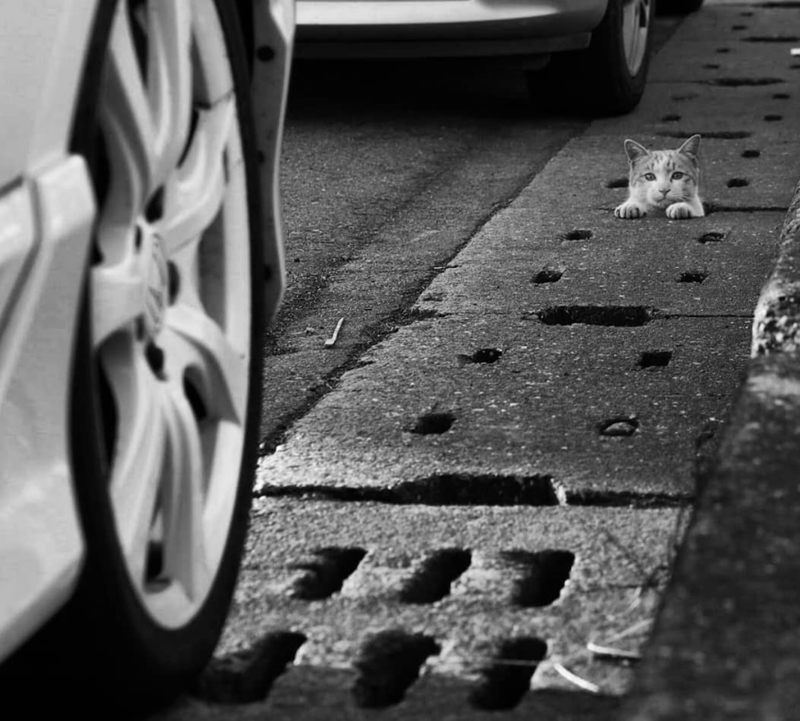 Woman Replaces Her Bouquet of Flowers With Puppies at Her Wedding

Weddings are a special occasion and most of the time the bride wants all eyes on them. But this time one Iowa woman decided that her special day was going to make a special cause.

Samantha Clark decided to do away with the traditional bouquet of flowers… and instead opted for a replacement bouquet of rescue puppies for her special wedding day. All in a bid to try and help dogs find a good home.

So, we've all heard the stories of brides being out shinned on their big day. it's quite sad, let be honest. But, we bet you've never heard of a bride more than happy to be out shinned by.. the couples fat cat! 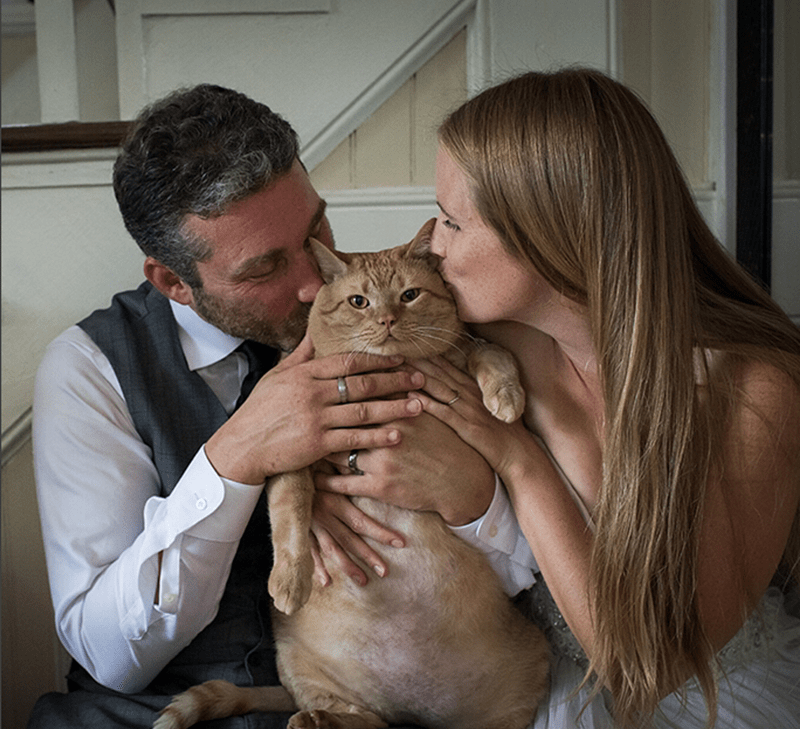 Millionaire Couple Spend £4,000 On Lavish Wedding... For Their Dogs!

Millionaires are just like us. They want the fairytale wedding with the beautiful gowns, the cake, and the location. So it comes as no surprise that millionaires Bob and Debi Clark organized an extravagant event for close friends and family... for their dogs! 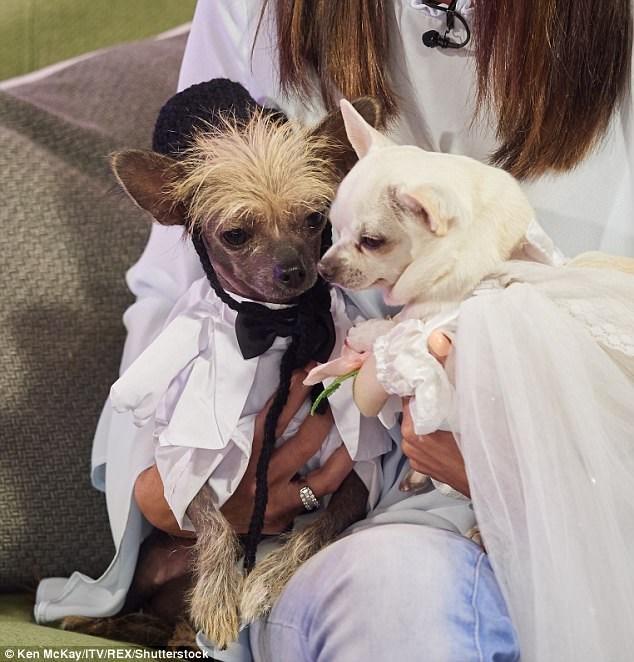 And obviously the Internet just had to photoshop the photo. 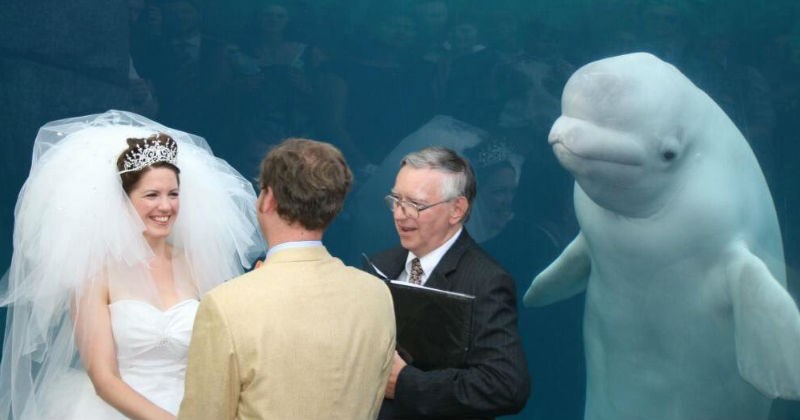 Watch This Horse Be Totally Over This Wedding Photo Shoot

This bride just wanted her picture taken riding a horse on Myrtle Beach, but what she got was a bunch of bruises.
<p></p>
After mounting the beast, the horse got scared “because of the fabric” of the dress and immediately took off throwing her into the sand.
<p></p>
It’s not exactly the sort of magical moment you expect on your wedding day, but it’s definitely a memorable one.
<p></p>
And yes, the bride is fine, according to photographer Jarrett Hucks.

And What is the Porpoise of This Ceremony? 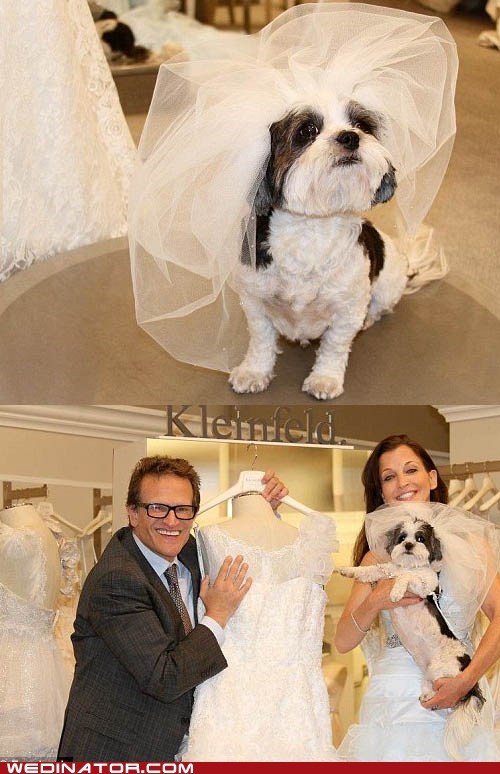 An animal rights activist is breaking records and the bank by staging a $250,000 dog wedding for charity. Luxuries include:

Although the estimated costs are sky-high, the vendors are actually donating their services to this black-tie and collar gala at The Jumeirah Essex House. All proceeds will benefit The Humane Society of New York.

Chek out moar n get ur fill ob weddingz stuf ober at Wedinator!

Wedinator: Wedding of Cat and Cat 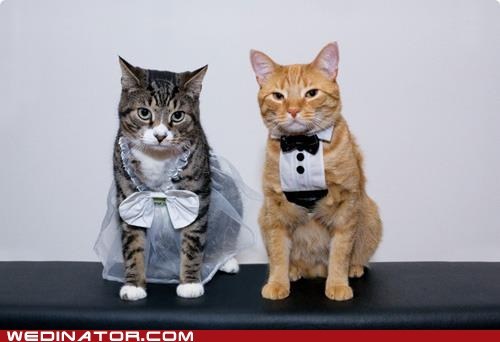 Pudding, the daughter of Tidbit and an Unknown Tomcat Somebody Forgot to Neuter of San Francisco, was married Saturday evening to Boots, the son of Mr. Sniffles of Annapolis, Md. and his wife Pookie-Ookie. It was a small, ridiculous ceremony.

Are humans truly that foolish?