Kids have no filter.

We all know that and most of the time, are grateful for it.

Kids R The Best Screenwriters is a new and hilarious Facebook page filled with adorable and honest quotes from real kids around the world.

The brilliant page was originally created by a couple from Israel, Assaf and Sarit Katz, who started documenting their three daughter's insights and share it on Facebook.

It wasn't long until Kids R The Best Screenwriters became a huge success in Israel, with a solid community of parents sending their own kids pearls of wisdom and a best-selling book based on those quotes.

We have gathered some of the funniest things kids said about cats, dogs, ants, and other animals.

And if you have a kid who said something you think is worth sharing -- send it their way (via Facebook messenger). 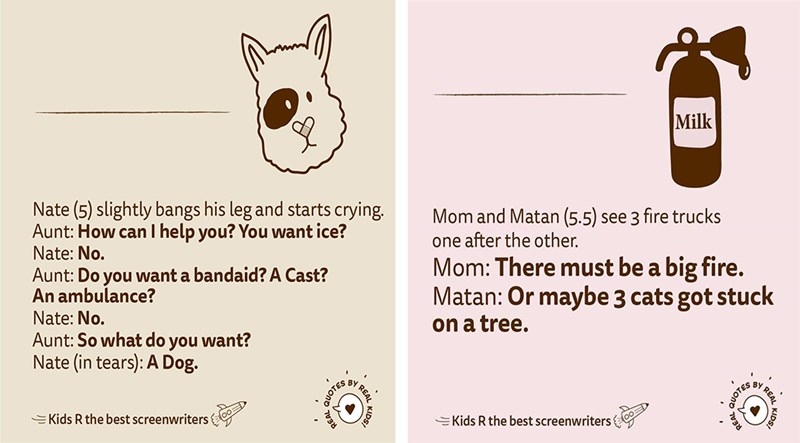 James Breakwell is the father of four daughters and two pigs. His everyday routine includes some very interesting conversations he has with his daughters. We have collected the ones revolving around dragons, horses, spiders, and other animals. Kids do say the darndest things ever. 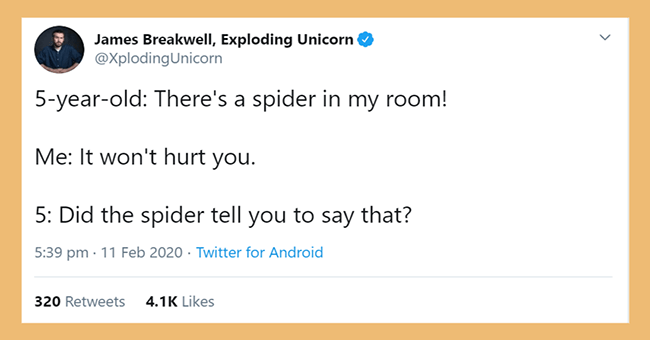 NYC school teacher Alyssa Cowit is a kindergarten teacher at NYC school. After hearing every day so many smart pearls from her adorable kids, she decided to start an Instagram account called "Live from Snack Time" to chronicle them. Alyssa believes children are honest and curious and that it's a teacher's job to take what children say seriously. We couldn't agree more. We have collected some of the brilliant things her kindergarteners said about the furry friends in their life. 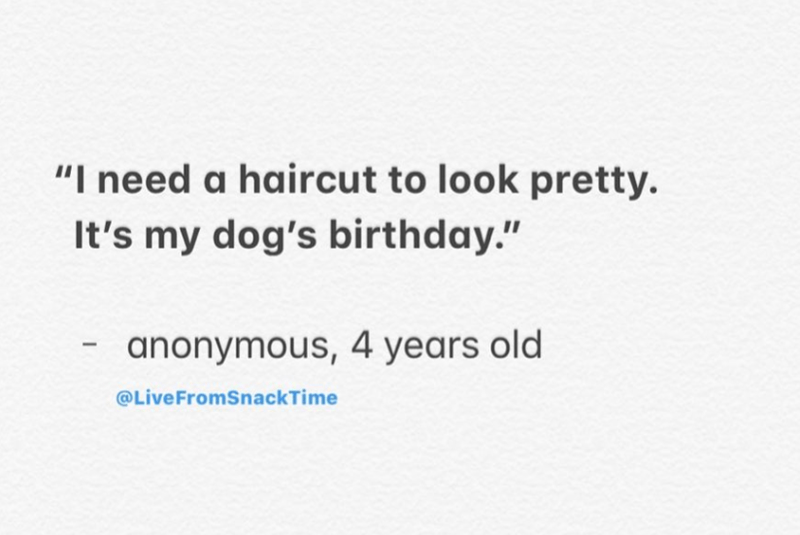 James Breakwell, or Exploding unicorn as he likes to call himself on twitter, is a professional comedy writer, amateur father of four daughters and two pigs and one of the most popular dads on twitter. Sometimes, his kids have some funny thoughts about animals and here are the best ones we have picked. 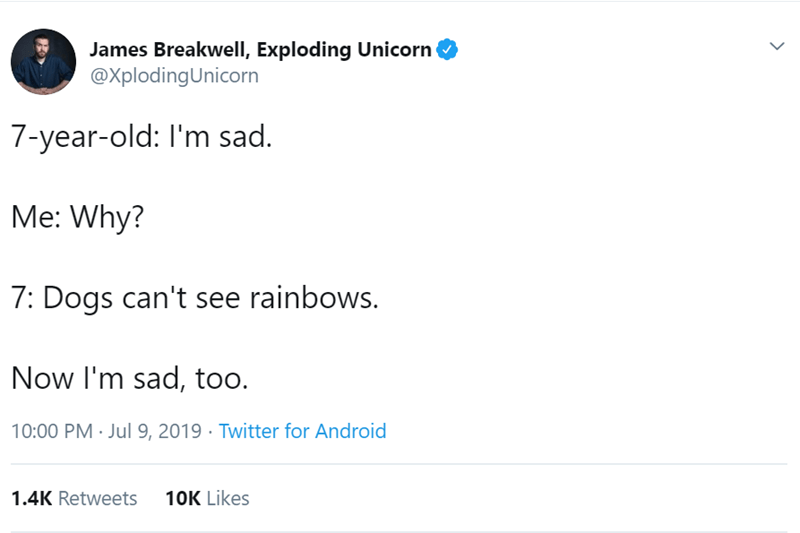 The Week's Most Supurrb Cat Tweets (May 14)

"It's Ears Out Tuesday and we is having lots of fun purrticipating!"