Missing Dog Found After 11 Days, The Stars Truly Aligned For This Pup!

On July 15th, Kelly McDuffie and Danny Hartung went out for a hike in Shenandoah National Park, and just so happened to stumble across a lost pup.

The path that led them to the dog was completely unplanned. They originally set to trial down the waterfall hike, since it was a hot day. But as their day unfolded, their plans changed.

And as they were heading down their new, unplanned trial -- they were starting to regret their decision.

McDuffie told Good Morning America (GMA), "I had said, 'Oh, I wish we had some water to wet our bandanas to cool off,' kind of being sarcastic because I had wanted the waterfall hike."

And just a minute later, the hikers heard babbling water.

McDuffle continued, "It was surprising because there had been no water on the two miles of the hike so far." Then, they spotted a blackberry bush behind them. "Danny always loves to pick fresh berries, so we went a little further to pick the berries. And after taking a photo, and taking some berries and eating them, Danny says, 'There's a dog back here!,'" recalled McDuffle.

The hiking pair knew EXACTLY who the dog was! Max, the missing dog, whose face has been hung up all over the town, near Skyland Resort.

The two were beyond ecstatic to have found the missing pup but their rescue mission was just getting started.

Max was scared by the newcomers and growled whenever they got too close. McDuffle even told GMA, that she was actually afraid of dogs but was so excited to have found Max, that her maternal instincts kicked in.

McDuffle said, "When he finally warmed up and let us pet him, we unraveled our emergency bracelet to make a leash and put it on his collar. His collar was coming off his head because he had lost so much weight … and when we got him to his feet, he couldn't walk."

The pair got to an area that had cell service and called the park rangers for help. The rangers arrived with a stretcher, taken straight to the vet and reunited Max with his family!

The vet said Max had suffered from exhaustion but had no major injuries. 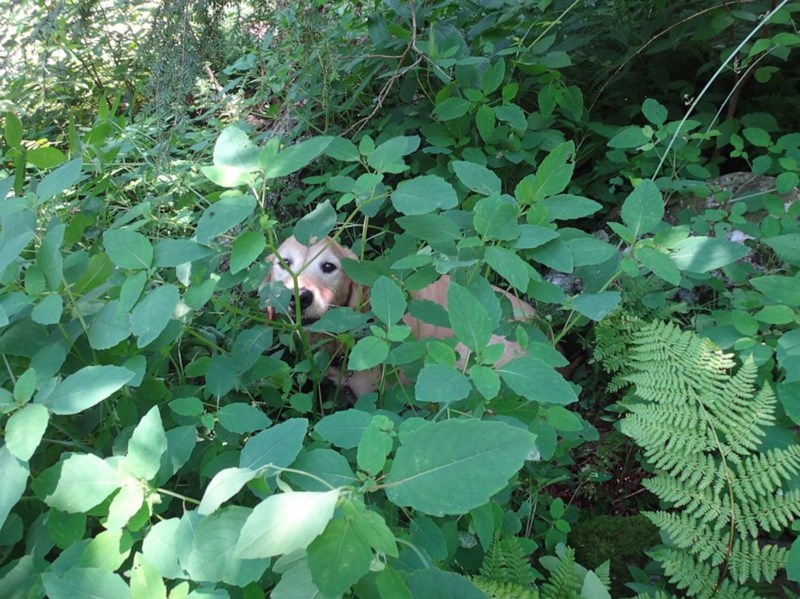 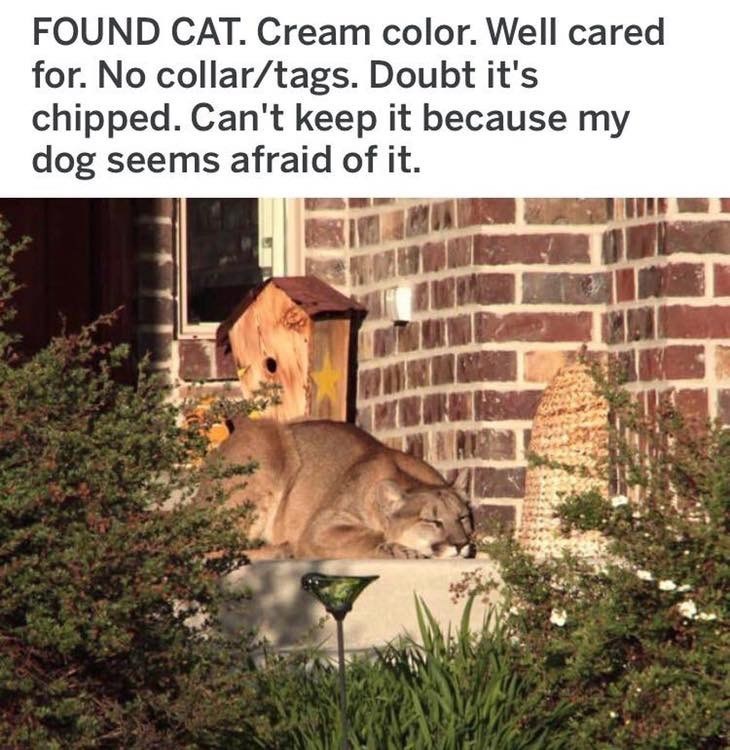 In a series of tweets, by @SarahNKraus, it was revealed that a found cat, who was thought to be another missing cat by the name of Bert, was actually a cat named Loki that went missing NINE. YEARS. AGO.

Thanks to those who brought Loki into the vet to check if he was micro-chipped so he could be reunited with his family! Check out the wonderful story and happy tweets below! 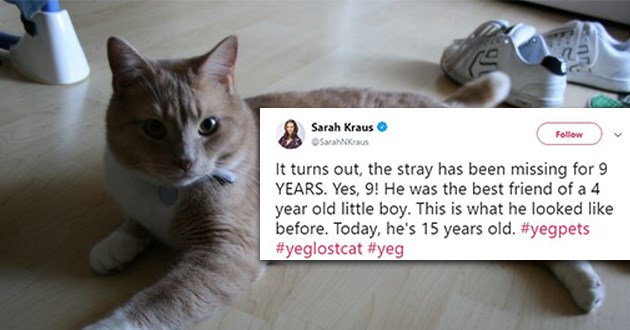 If anyone ever finds a wandering dog or cat, it's pure common sense to first check if the animal belongs to anyone -- collar, microchipped, asking around the neighborhood, etc.. What this woman did was the opposite of all that. She saw an opportunity to make some money, regardless of the owners feelings, heartbreak and worry over their missing dog.

Sansa, a unique Husky with one blue eye, and one brown, seemingly jumped her owners fence when the fireworks went off on the 4th of July. The owners posted a picture of Sansa online, in hopes of someone seeing the lost pup. Then, the unthinkable happened.

A woman was trying to sell off Sansa online for $200 to the first come seller! Thankfully, the people who commented knew that wasn't her dog and immediately told this woman off. 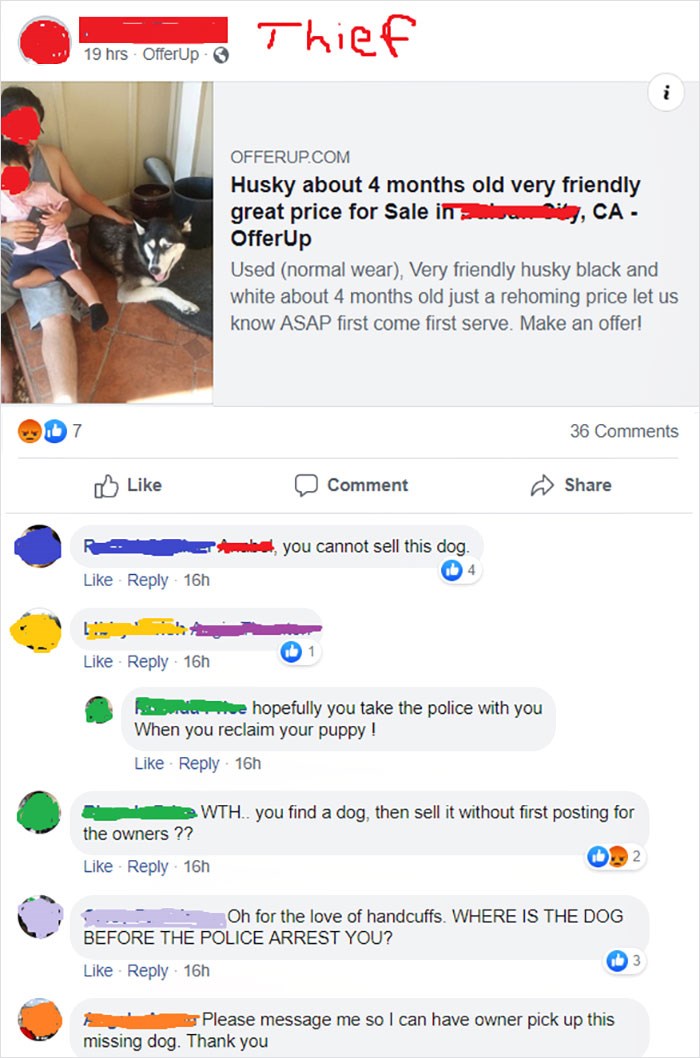 The endangered ring-tailed lemur, known as Isaac, was stolen from Santa Ana Zoo last summer. When employees at the zoo showed up for work that faithful morning of July 28th, 2018, they noticed something was amiss. The lemurs and monkeys were wandering the zoo like small furry tourists -- completely loose.

Someone had cut holes in the chain fence large enough for their escape. The zookeepers jumped into action and used grapes to capture the lot and did a head count. One was missing. The 32-year-old lemur, Isaac. Isaac is believed to be the oldest ring-tailed lemur currently living in captivity in North America.

The search party began immediately, but things took a strange turn. 10 miles from Santa Ana, the police received a phone call from the Marriott Hotel stating that the have a strange parcel at their door, along with a head-written note,

"This belongs to the Santa Ana Zoo. It was taken last night please bring it to police."

The zookeepers and the rest of the staff were thrilled to have Isaac back unharmed. But the question still remained, who? and why?

Police have finally got the answer. 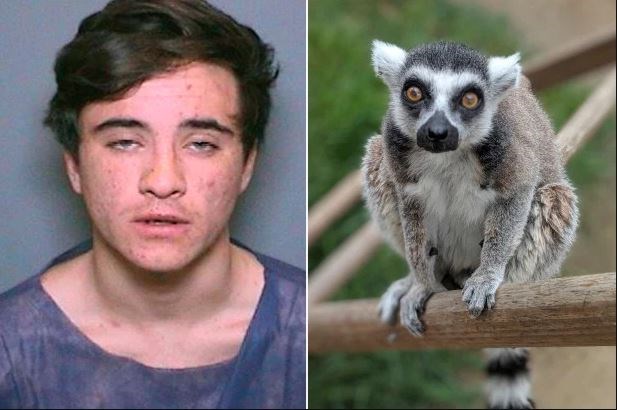 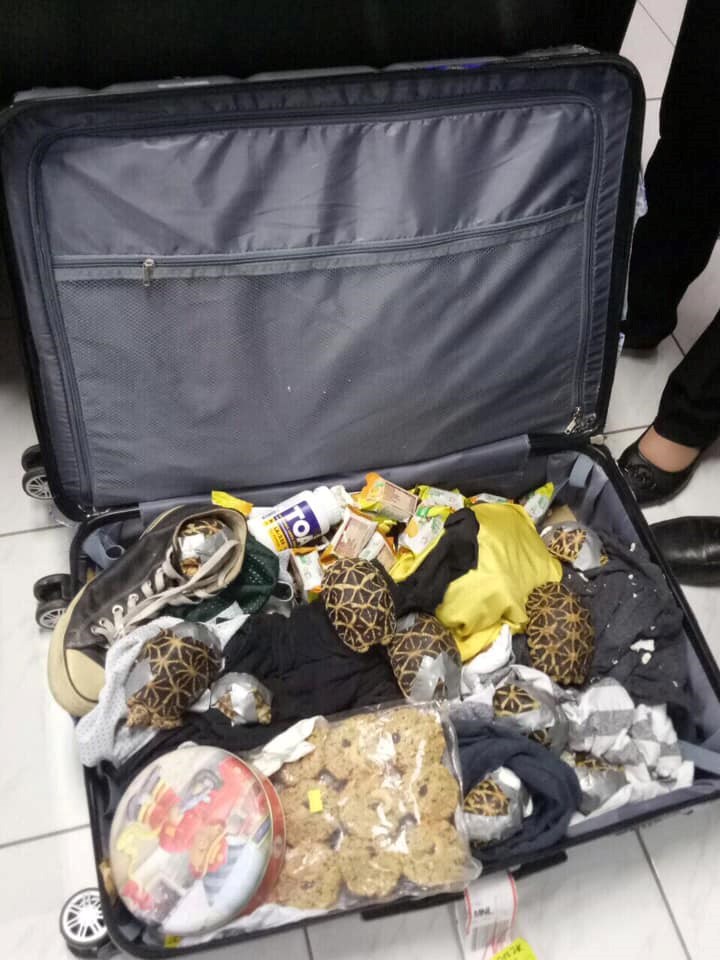 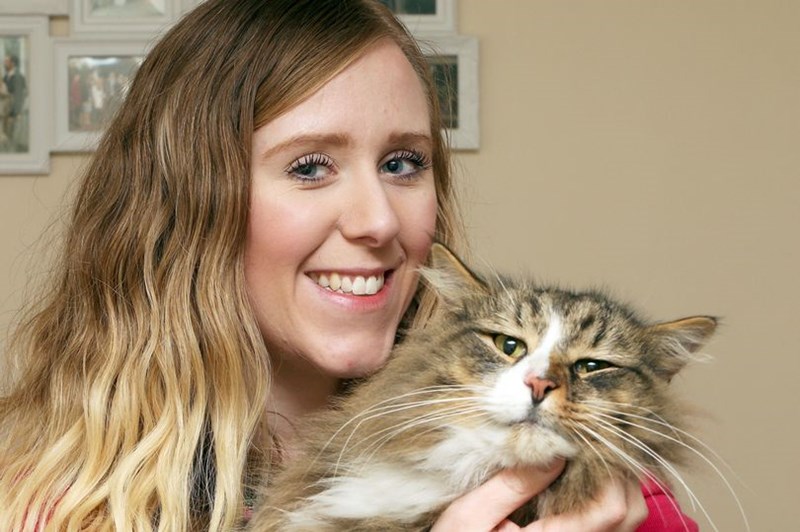 Madison the Anatolian shepherd is breaking hearts around the world after he was found guarding his family home weeks after it was ravaged by California's Camp wildfire.

The Anatolian shepherd's owner, Andrea Gaylord, was not able to get to her home in Paradise, Calif., when the fire began to spread Nov. 8, meaning Madison was left behind. When the evacuation order was lifted last week and Gaylord went back to the property — which had been decimated by the fire — her prayers were answered: Madison was there, seemingly protecting what little remained of his family's home. When Madison's owner, Andrea Gaylord, found the dog patiently waiting she told him, "you are the best dog. The best." 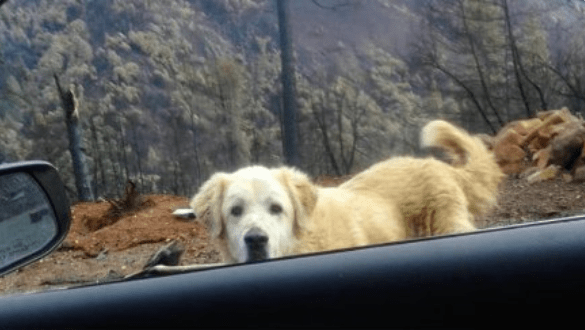 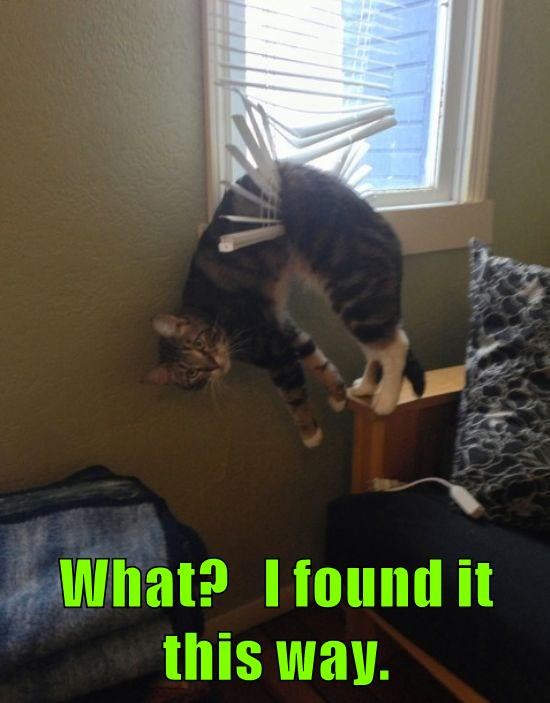 I Guess We're BOTH Busted! 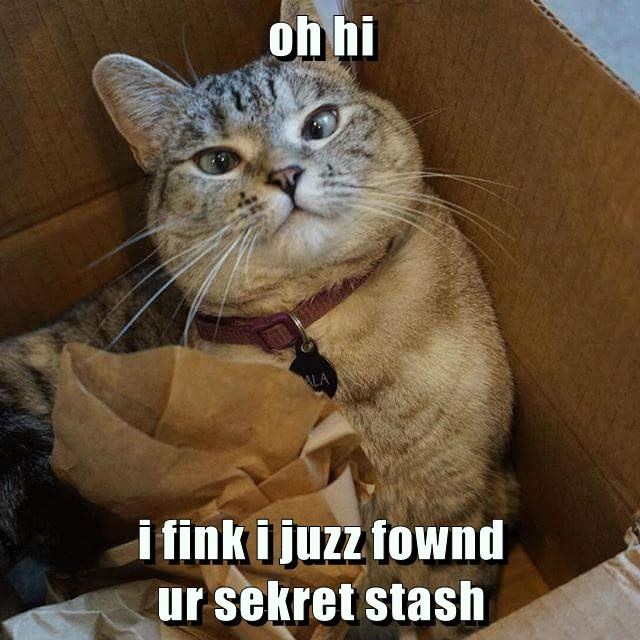 I Guess They're Off The Menu 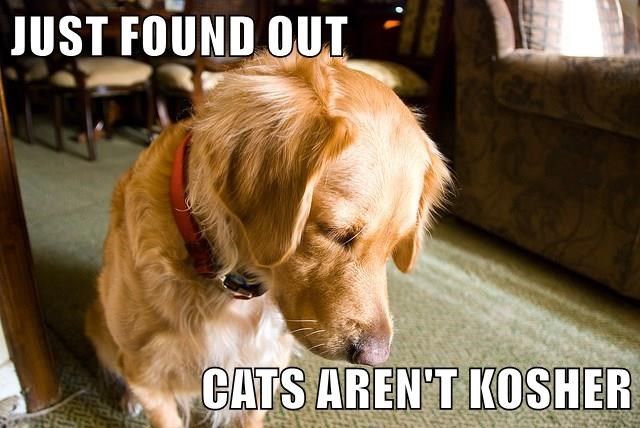 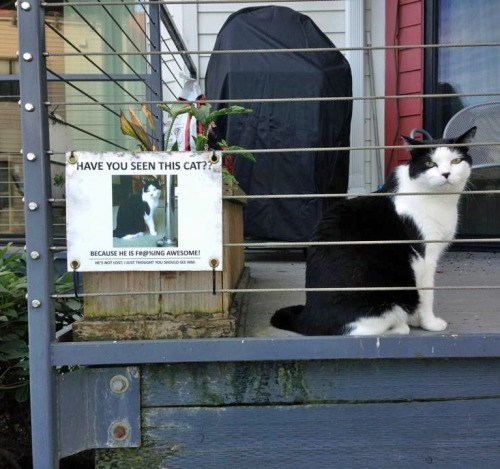 You Can Tell Us, But No Guarantee We Won't Be Mad 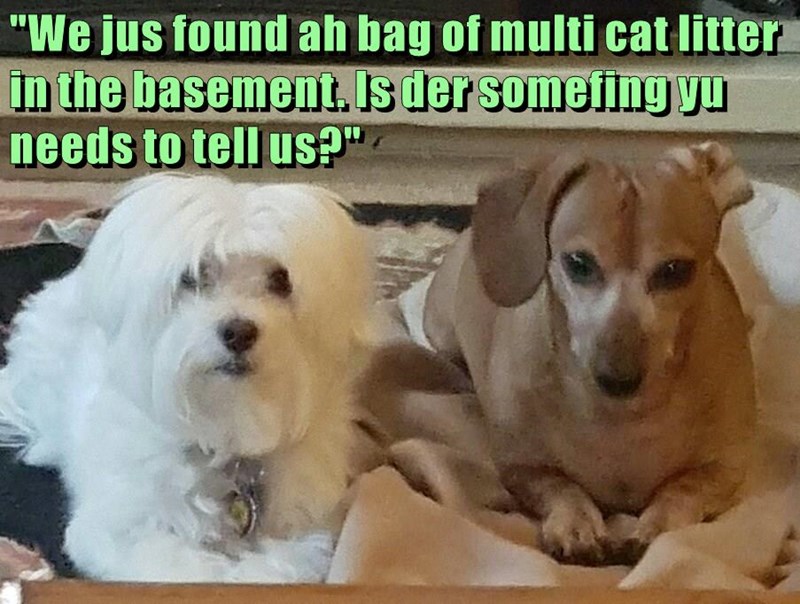 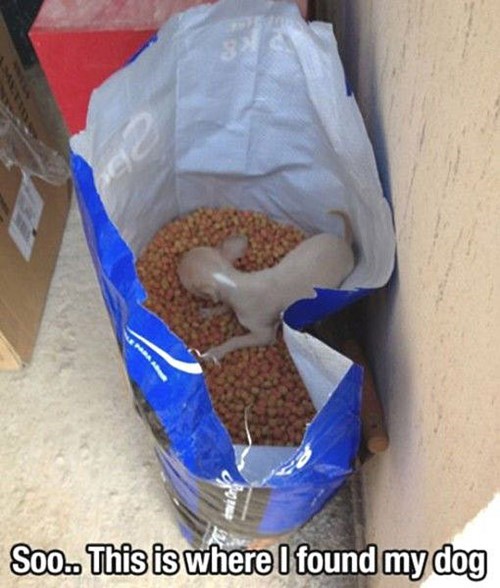 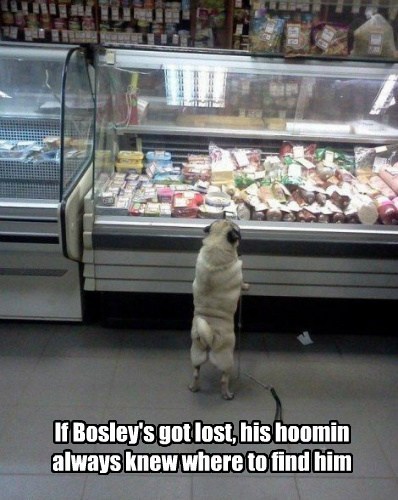 That look of love