Below are 8 stunning and intimate photographs of white rhinos, taken with a BeetleCam at Solio Lodge wildlife conservancy, Kenya.

The powerful images taken by British photographer, Will Burrard-Lucas, are part of his latest wildlife series.

According to the International Union for Conservation of Nature's Red List of Threatened Species, black rhinos are labeled as "critically endangered," and Southern white rhinos are "near threatened."

With a long lens, Burrard-Lucas' traveled around Kenya, and found black rhinos to be "very shy and elusive," he tells CNN Travel.

While he found white rhinos to be the opposite, claiming they were "quite sociable animals."

"It's a very different experience being able to actually see them while I'm photographing them," he says. "That was a wonderful experience to be able to see that calf and mother going about their daily life."

Check out the extraordinary images below: 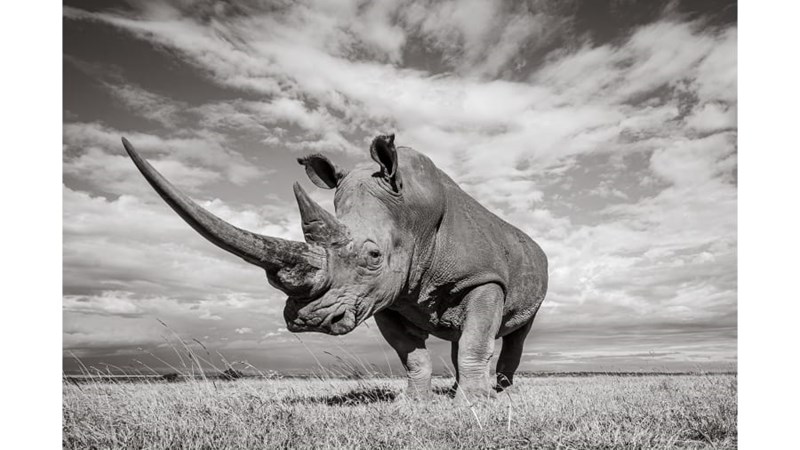 The World Wildlife Fund (WWF) created back in 2008 A jaw-dropping campaign featuring several pixelated images of endangered animal species. Initially, as the photos look blurry, you wonder what is going on, as if a mistake has happened. Upon closer look, you realize that the pixels represent the number of species that are currently alive — the blurrier the image, the fewer the numbers. It's a heart-breaking yet fantastic campaign that brings awareness to the endangered species problem. Now, a follow-up project by JJSmooth44 has emerged, where the artist's work is based on the WWF campaign, and it's as impressive as the original. 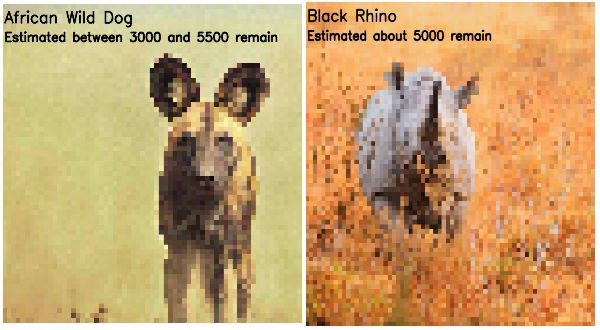 Huzzah! Another step in the right direction!

CITES is a multilateral treaty to protect endangered plants and animals, and as of yesterday, in a meeting in Geneva, over 100 countries have voted to ban the trade in the smooth-coated otters and officially placing the otters onto the CITES most endangered list. 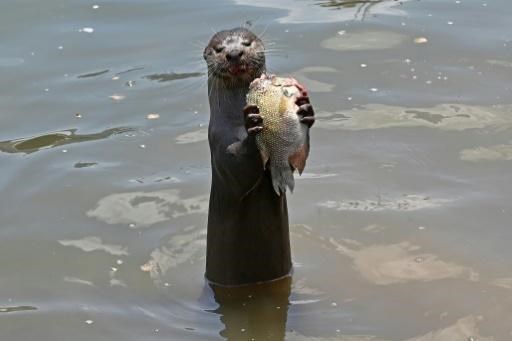 Red pandas are adorable (even more so when they stand on their hind legs in the cutest defense mechanism ever). And no, they are not red-colored pandas (I know you're imagining that right now). A little floof has just been born at Idaho Zoo - the first ever red panda to be born there. As you can imagine, everyone is pretty excited about it. 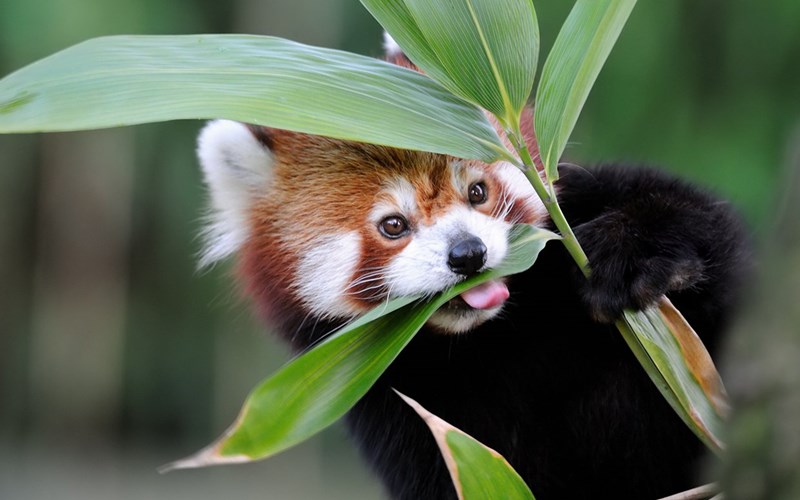 A female Owston's civet, which is listed as endangered by the International Union for Conservation of Nature, was born on April 15 at the U.K. zoo, and head zookeeper, Dave Rich, has been personally caring for her ever since, according to the zoo's website. 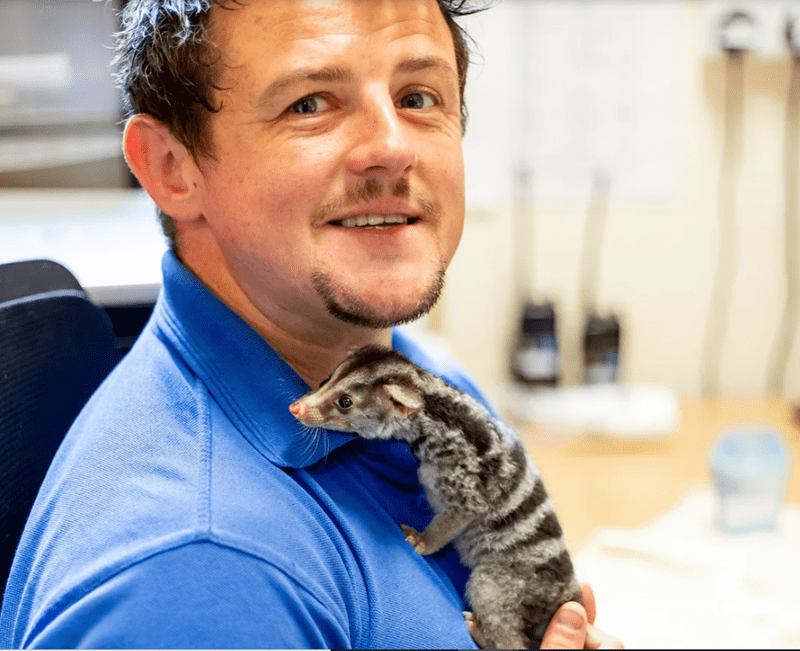 Endangered, a book by acclaimed photographer Tim Flach shares the results of his extraordinary multiyear project to document the lives of threatened species. Species some may or may not have ever heard of or seen. By traveling around the world, from forests to deserts, from the Arctic to coral reefs, he is able to offer us an incredible visual of these animals. Animals that are facing the challenges do to the harshness of the ecosystem. Here are only 14 from his amazing book... 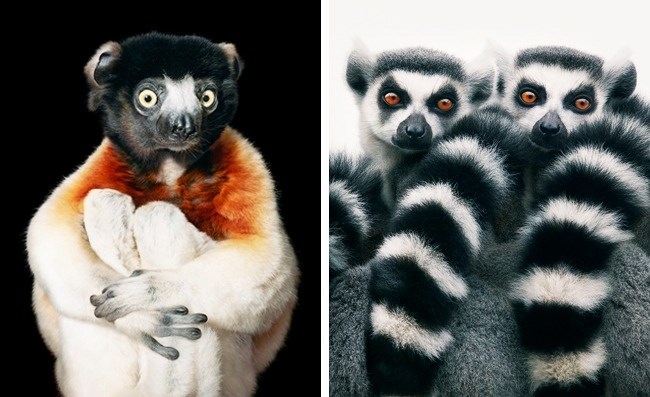 Cheetahs Are Unfortunately Sprinting Toward the Endangered Species List With Only 7,100 Left in the Wild

To learn more about the troubles facing cheetahs and how you can help, click here. 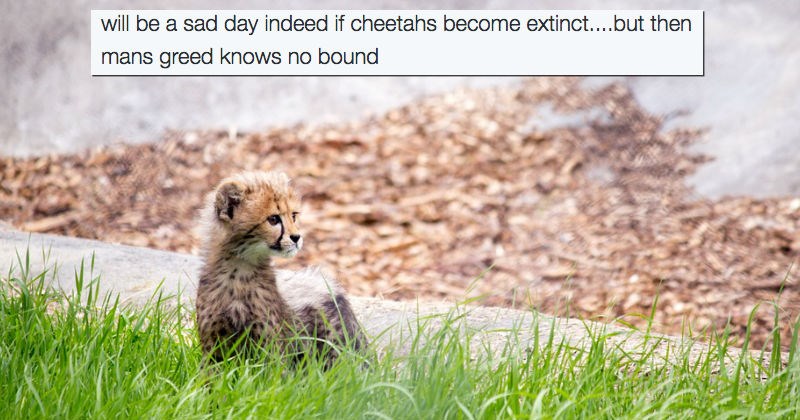 They're still listed as "vulnerable", but this is very good news for pandas!

The Lonely Island Dudes Need Your Help to Save the Turtles

Yes, these guys are comedians, but they mean well! 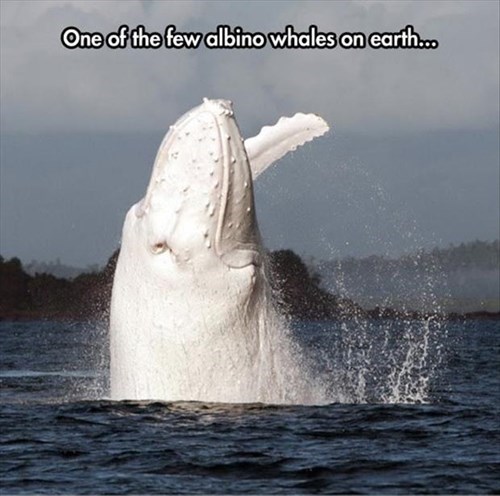 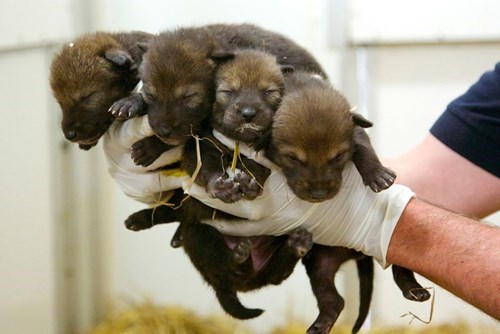 This Tree Kangaroo Mama Needs to Keep Up Her Strength! 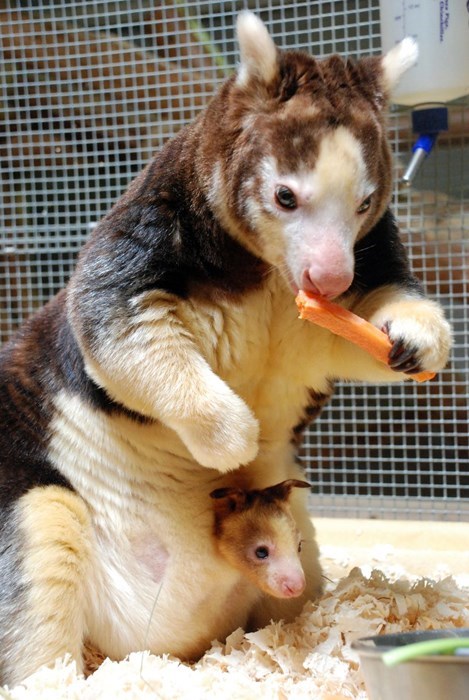 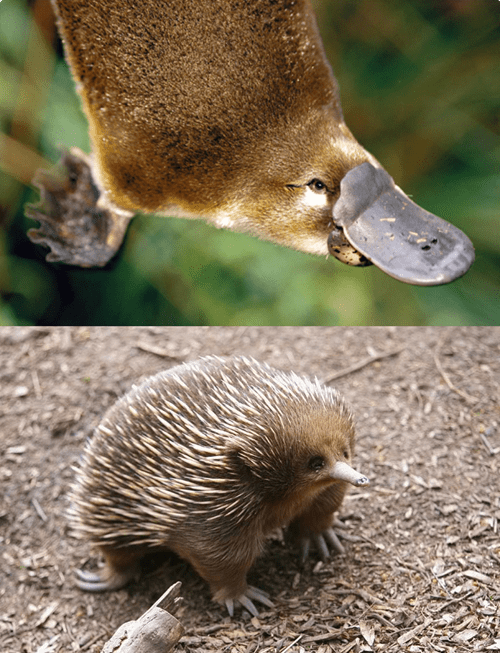 It's time to go down under and compare the squee between two of kind! The echidna and platypus are the only two animals that are monotremes or mammals that lay eggs instead of giving birth. Given this unique trait, we see it only fit to ask you which of these two cuties has the most squee!

Squee Spree: Which Will it be?

I'd Run if I Were You 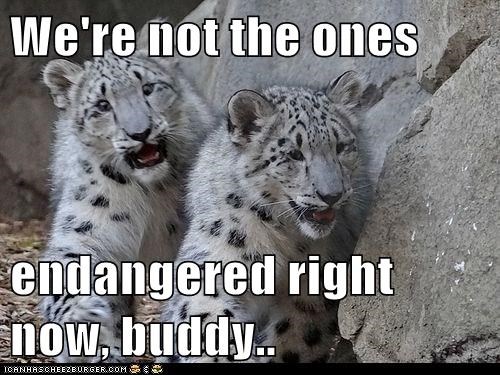 A Tribute to Every Animal Person's Hero: David Attenborough 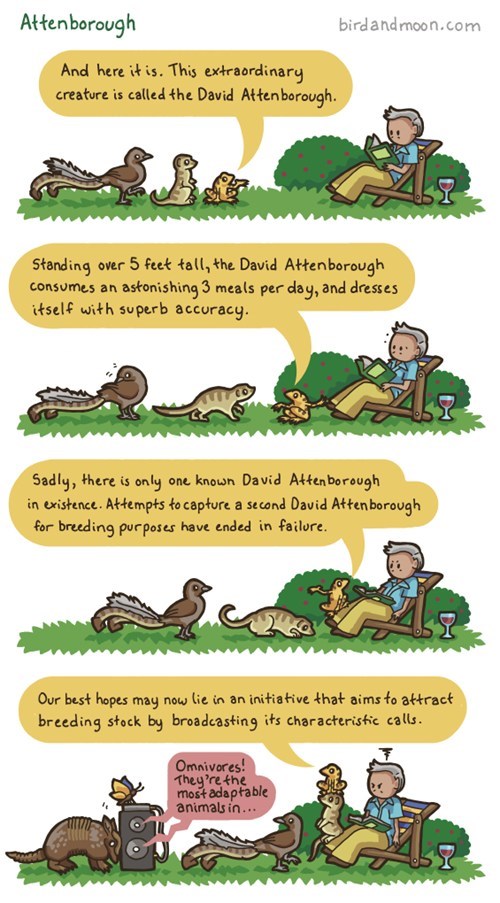 Zoos Rating Species In The Form Of An Amazon Review