Brian Ballard, and his wife, stumbled upon the poor fawn living lifeless in the water.

"We are pulling into the channel which is no wake I saw something in the water I thought it was a dead fish. I pull beside it and looked over and saw it was a deer," Ballard told KETK News.

When another person, Ashton Byrd, saw what Ballard was doing, he also sprang into action!

"If you would have seen it it was clearly dead but it had life in its eyes so I killed the boat and took off my shirt and jumped over to their boat," said Ashton Byrd. "They had been patting it, giving it breaths so it started to crying itself back to life."

Ballard and Byrd, both took turns giving the fawn CPR until suddenly, he came back to life. Local wildlife rehabilitator who is caring for the fawn, now named Baylade, says he is getting stronger and stronger every hour.

A huge thank you to Ballard and Byrd for your kindness and never giving up on this fawn. You both are heroes.

This very well just might be the greatest rescue stories of our time!

This particular black bear wandered from his home in Osceola National Forest to a residential area in Alligator Point, Florida. He was following his nose and was seen shuffling through residents garbage. The wildlife authorities set out to capture the bear and return him home to the forest when things took a turn for the worst.

Story via One Green Planet 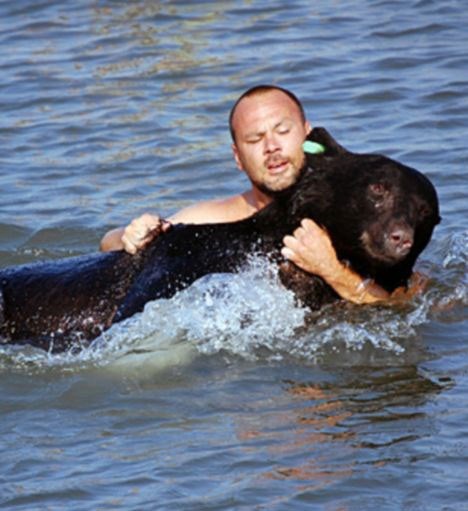 A couple of days ago, Holly Monson went to the lake with her sister and her pup, Sam. However, their joyous time in the water quickly turned into something completely different when her dog was apparently trying to drown her sister, while clearly showing no remorse about it. "My dad threw his ball into the water for him to get, which he did until he spotted my sister and decided to swim over to her instead," Monson told Bored Panda. "I don't know if he was trying to save her or save himself, but that's when he put my sister under for a good five seconds before my dad came to the rescue!" They got Sam back onto their boat, returned him his ball, and all was good. "My sister Ariana is also perfectly fine; just a few scratches." The internet couldn't stop laughing at the way this situation escalated and perfectly memed it. 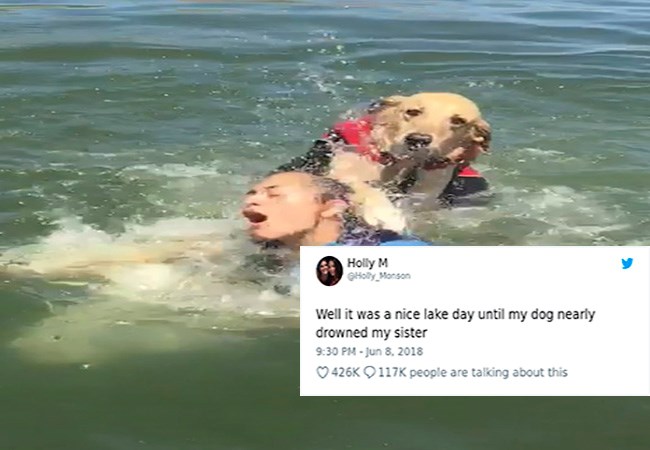 Brave Cat Tries to Save Human From "Drowning" in the Bathtub 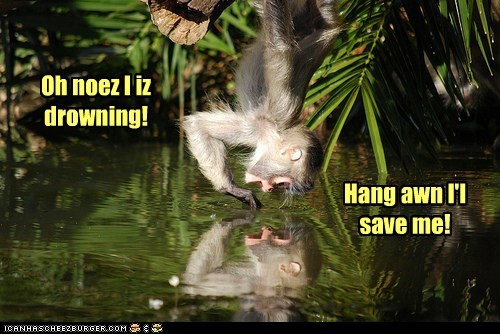 I Can't Reach Him! 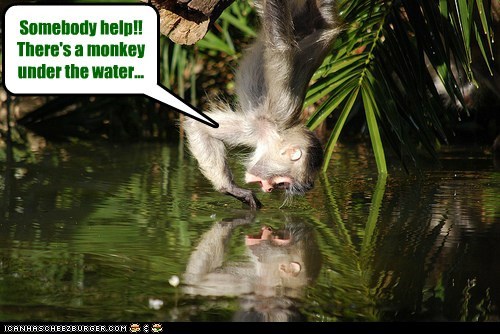 Have you had your daily dose of The Daily What yet?

Won't Someone Save Them? 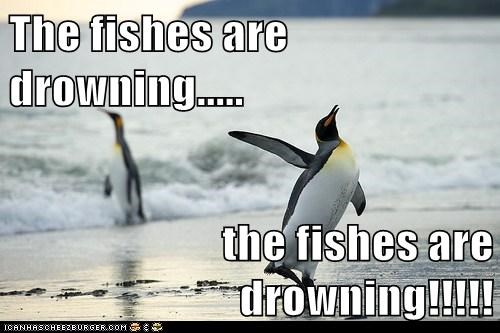 Memebase: What a Party Animal 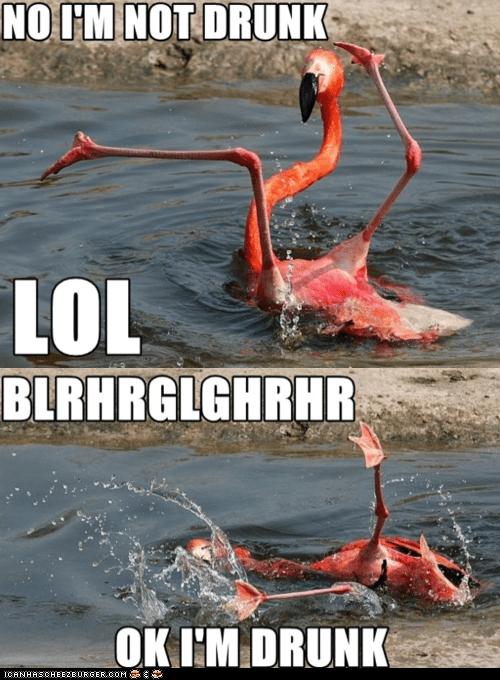 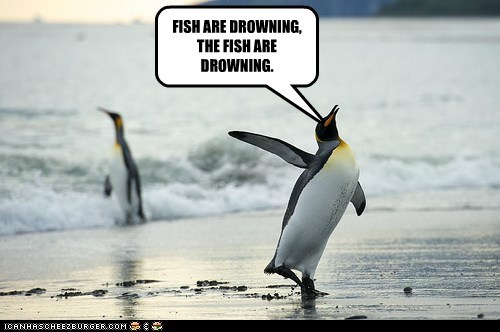 we doez haz an emerjensee!! 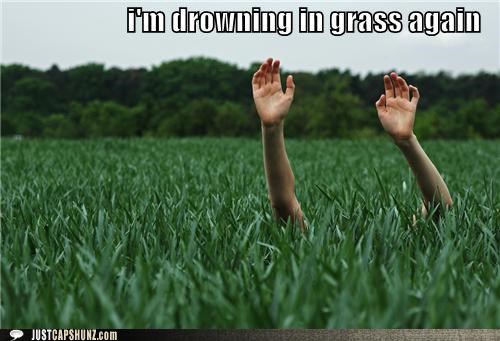 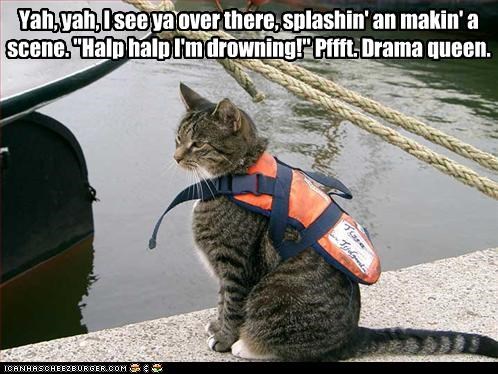 Yah, yah, I see ya over there, splashin' an makin' a scene. "Halp halp I'm drowning!" Pffft. Drama queen. 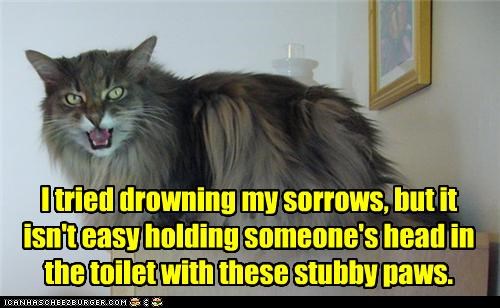 See all captions
By Mac_Man
Repost
Recaption
Comments
I Can Has Cheezburger?
Favorite 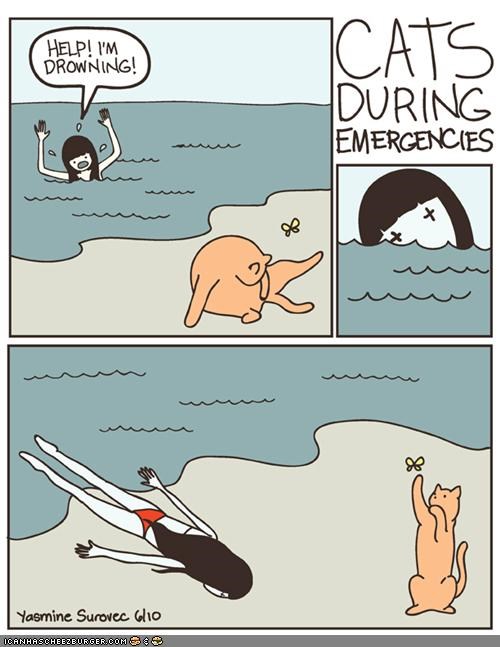