Oh, thank goodness! This ceiling cat must have been blessed by the ceiling cat itself to have made it through this traumatic situation! For those who have cats, you can imagine that flying with them would be one of the most stressful situations imaginable. Not just for the cats, but for us as well. And as their owners, we can't help but share their stress and pain.

When Taylor Le was preparing to move across the country, from New York to Orange County, California, she of course was going to fly with her 6-year-old cat, Muji. The flight was scheduled to fly on Christmas Eve. As Taylor Le went through the security checkpoint at La Guardia Airport, the TSA agents had her remove Muji from her carrier. Taylor Le tried to persuade the agents otherwise, knowing that if Muji was outside her carrier, she would be liking to flee. Regardless of Taylor Le's protests, Muji was removed from her carrier, panicked, and fleed.

Le told The Post about the pending cat-astrophe, "I said, 'She's gonna run. Do I have to take her out?' We walked through the metal detector and she got spooked, bit me, freaked out, and ran off." They told her yes.

The flee led her owner, and airport staff, on a wild goose chase that ended when Muji climbed up a series of platforms to a ceiling enclosure and then vanished within them. In the following days, the airport staff tried to lure out Muji with cans of tuna, and Taylor Le changed her flight for the following day, in hopes of finding Muji in time, but she didn't and boarded the flight to Orange County, completely distraught. 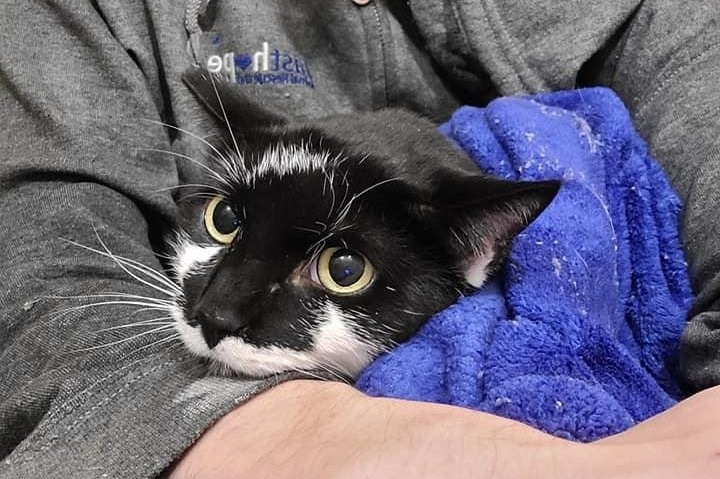 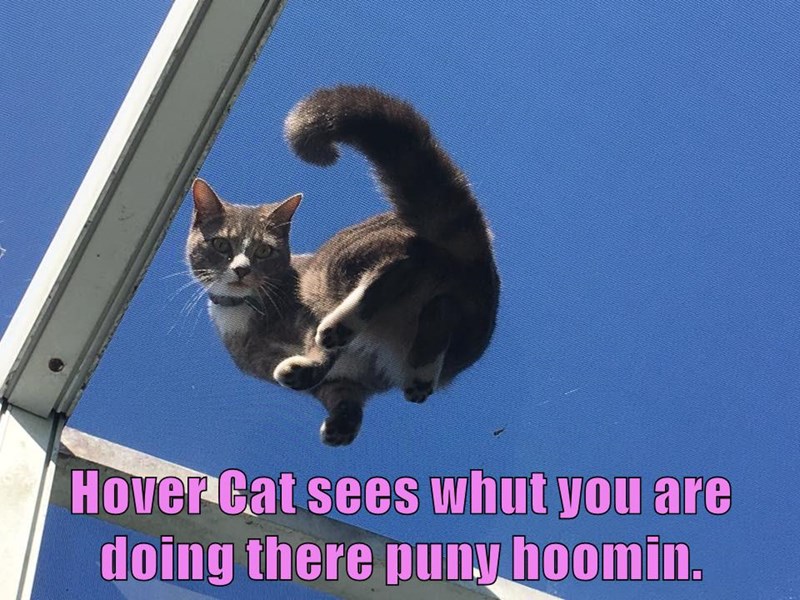 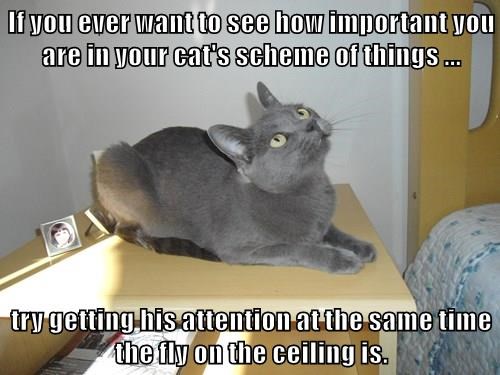 The Dog And I Are Both Waiting 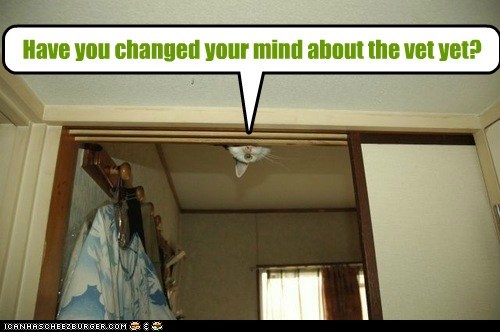 Looks Like Ceiling Dog Currently Has the Upper Paw 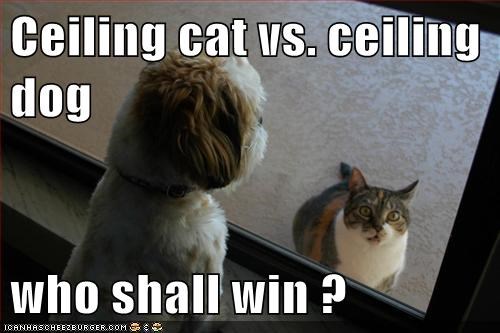 Not the Pink Onesie! 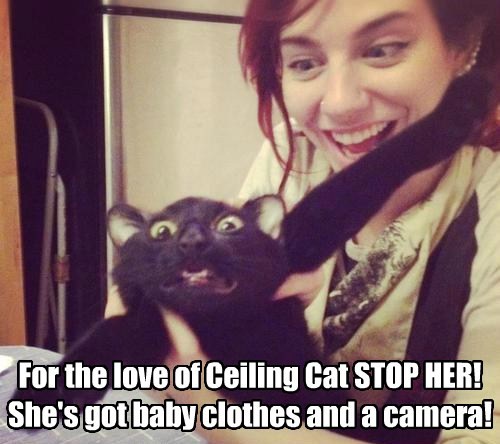 Not Cool, BC. Not Cool 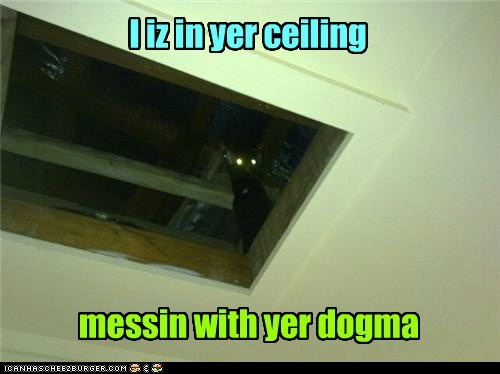 Do You Mind?! We're Having Maritals in Here! 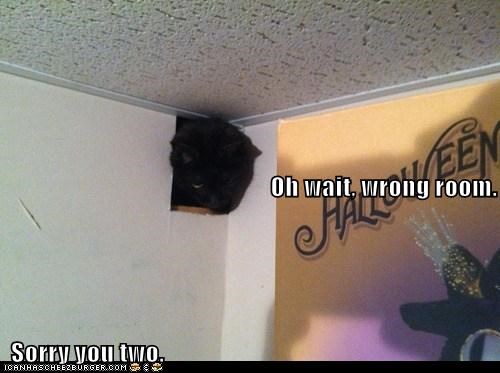 From the files of Really, Really Bad Ideas 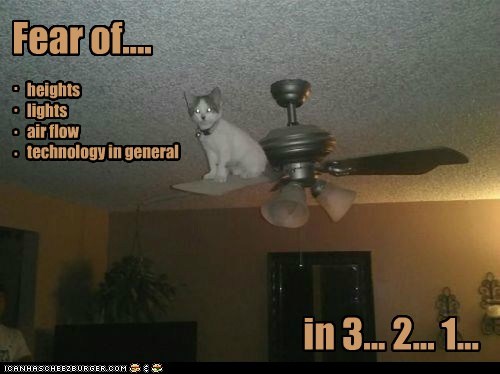 But fans can be so helpful!

I've been staring at the ceiling for hours. 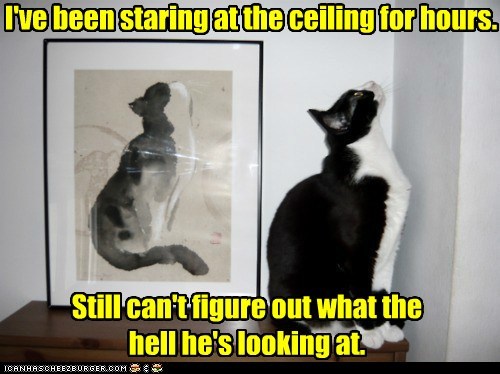 This ceiling holds many mysteries. 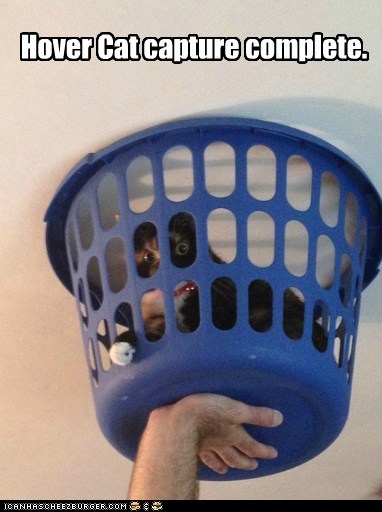 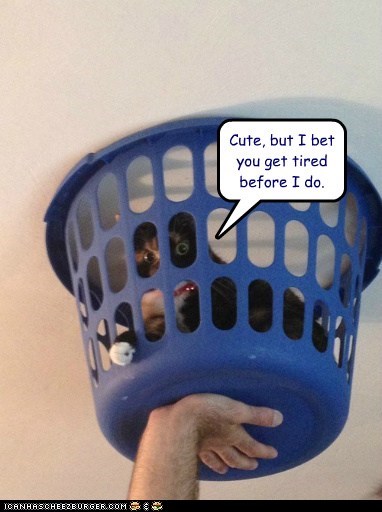 Cute, but I bet you get tired before I do.

Ai doan't mind it too much tho.

And really only fun for about 5 seconds. 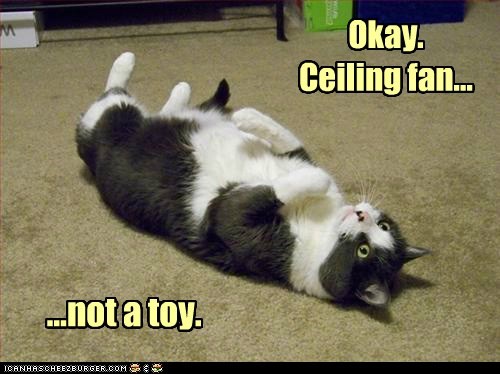 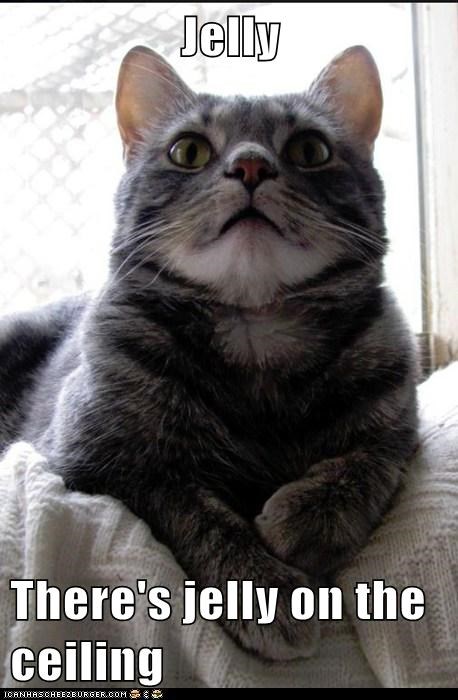 Jelly There's jelly on the ceiling

Wait... has it been up dere since De Insident??? But dats been munths... 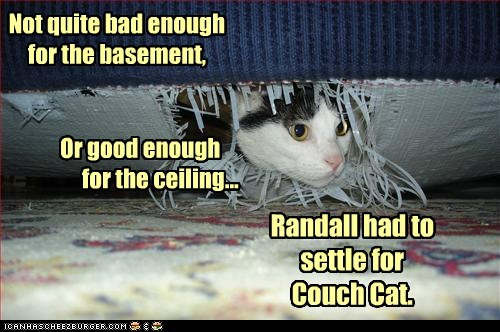 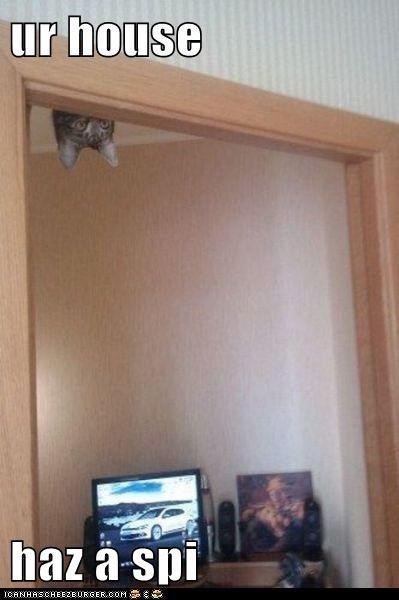 ur house haz a spi