Please to Move My Box Into Another Room 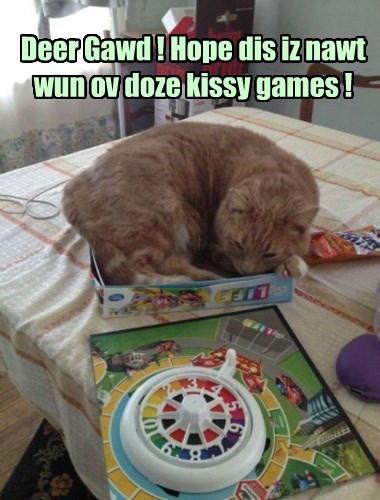 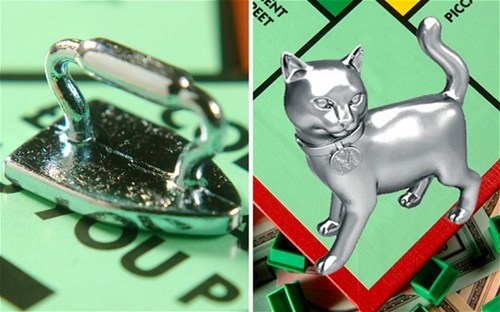 Hasbro let the fans vote, and it's official; the iron is out, and the cat is in.

When the game company announced they would be holding a massive poll to decide the new game piece, people from 120 countries voted online. Kitty lovers of the world had their say, and the new cat token will be added to Monopoly board games later this fall.

What do you mean "Meow" doesn't count? 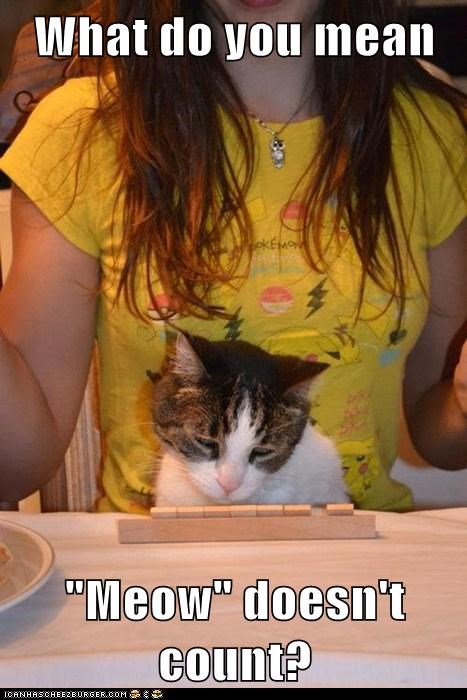 Ugh this game is dumb.

I Could Only Have One or Two Marbles at Most 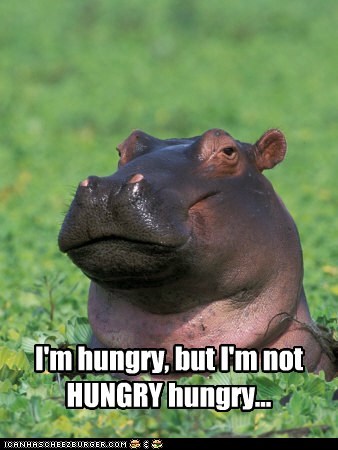 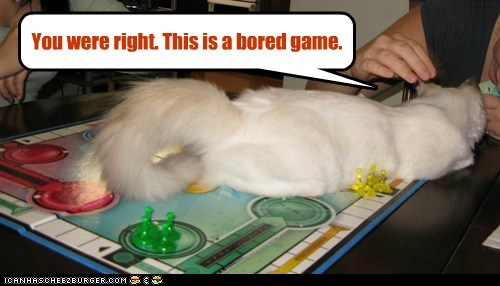 You were right. This is a bored game. 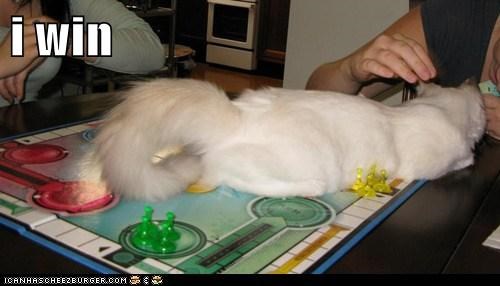 We Have No Idea What We're Doing 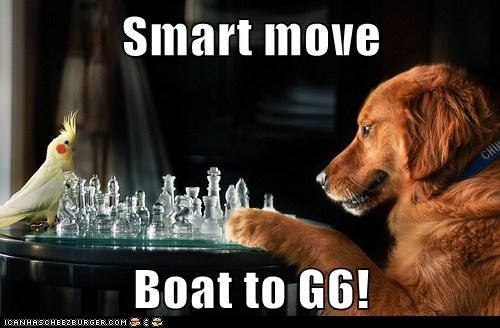 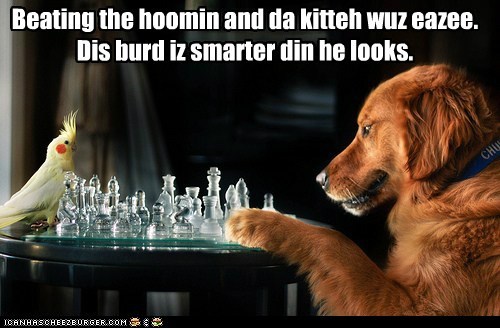 That Cat Just Schooled You 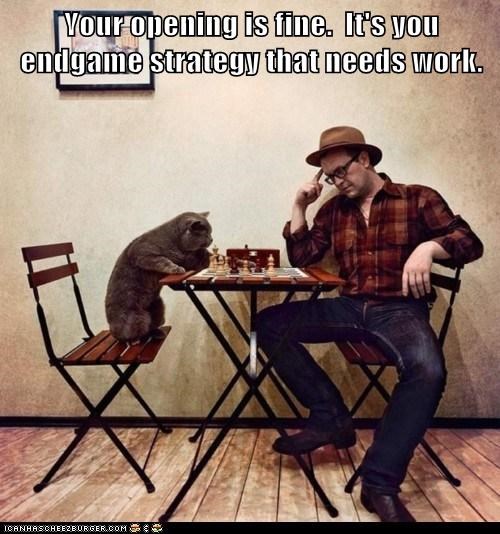 Your opening is fine. It's you endgame strategy that needs work.

All Felines on the Friskies Front 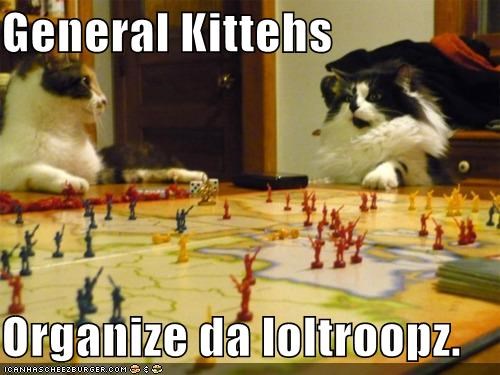 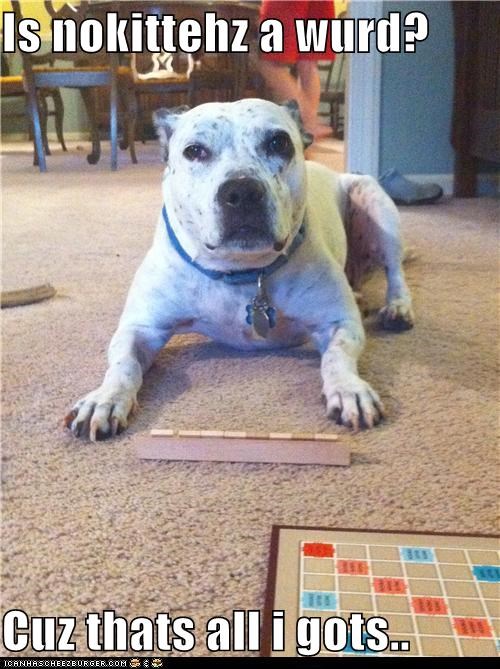 Is nokittehz a wurd? Cuz thats all i gots..

ai am great at spellingz! 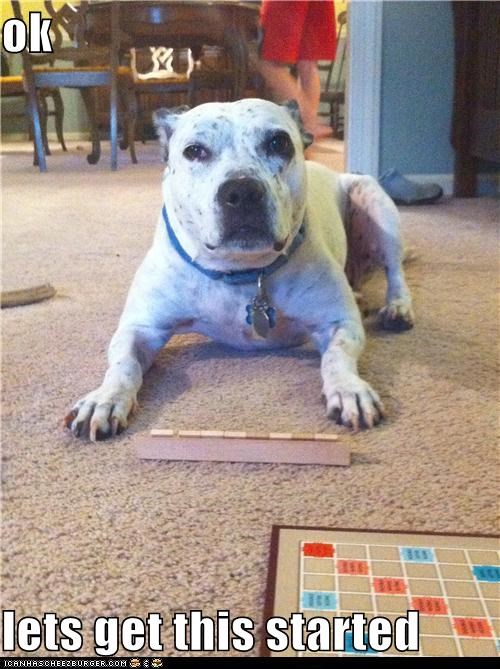 ok lets get this started 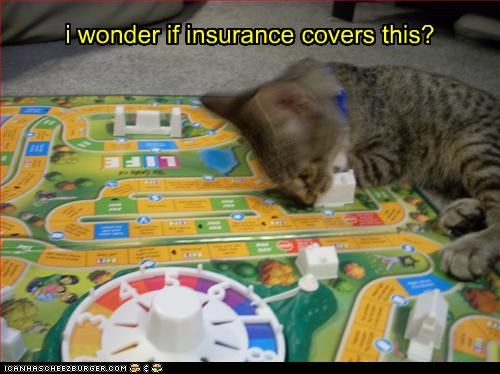 i wonder if insurance covers this?

It's Not All Fun and Games 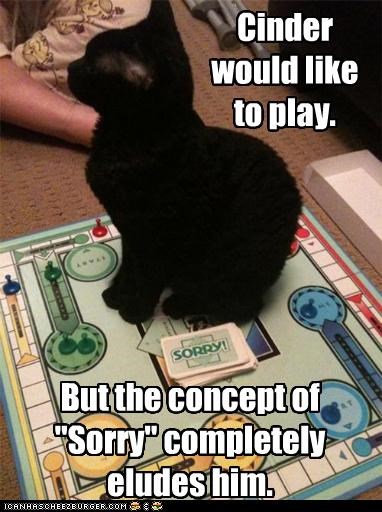 Cinder would like to play. But the concept of "Sorry" completely eludes him.