Three escaped baboons were seen on the grounds around Sydney's Royal Prince Alfred hospital on Tuesday, prompting mass hysteria in the area. New South Wales Police were called to the scene, where the primates were eventually corralled by officers and wildlife handlers.

The hilarious incident unfolded when the male (the leader of the troop) was just about to undergo a vasectomy when he and his loyal troop members — who New South Wales Health Minister Brad Hazzard told The Daily Telegraph are his wives — made the great escape. 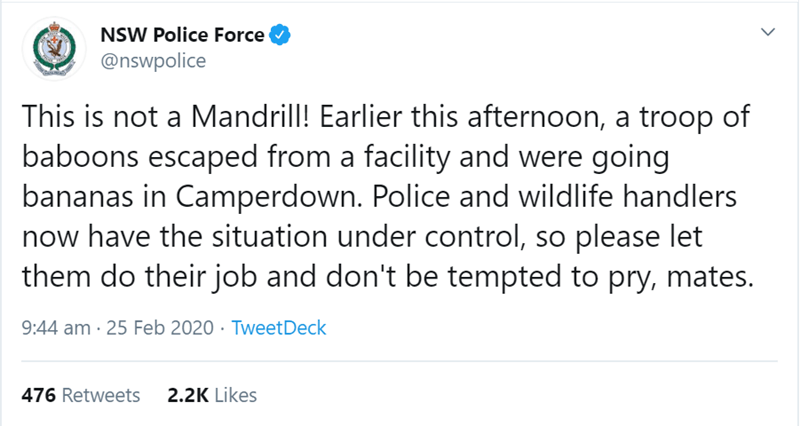 Baboon Freaks Out Over a Magic Trick

"Okay listen. I need you to stop that monkey business now and sell that stock!"

By anselmbe
Repost
Recaption
Comments
I Can Has Cheezburger?
Favorite 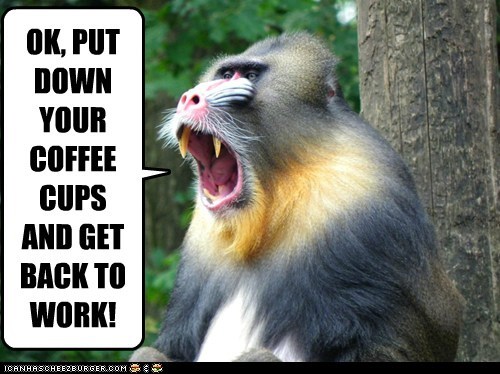 OK, PUT DOWN YOUR COFFEE CUPS AND GET BACK TO WORK!

It Was Worth It 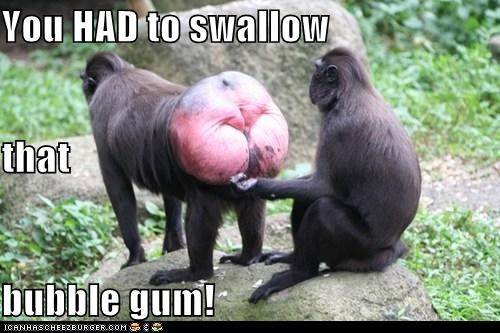 You HAD to swallow that bubble gum! 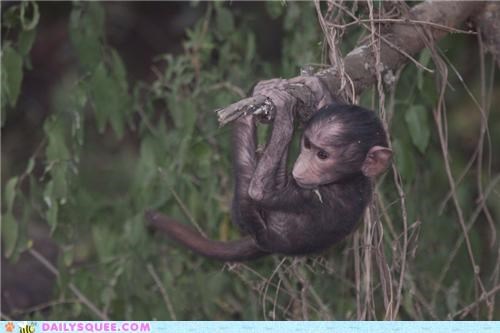 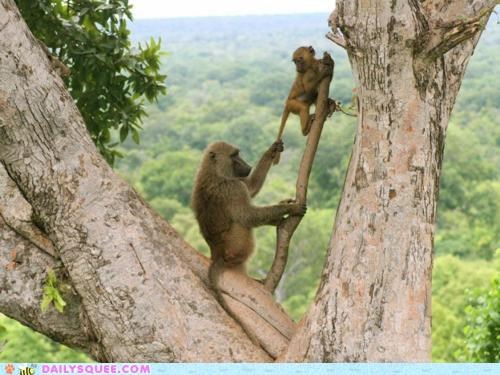 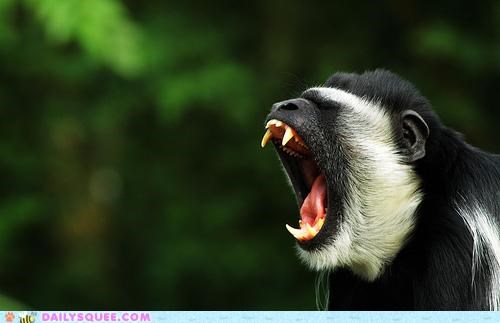 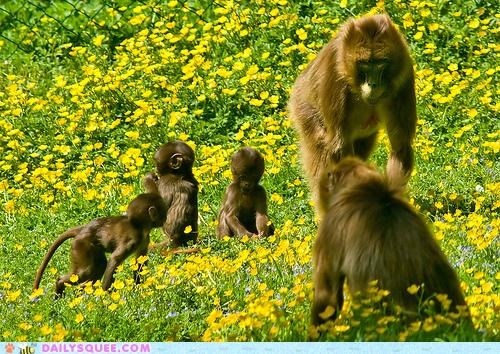