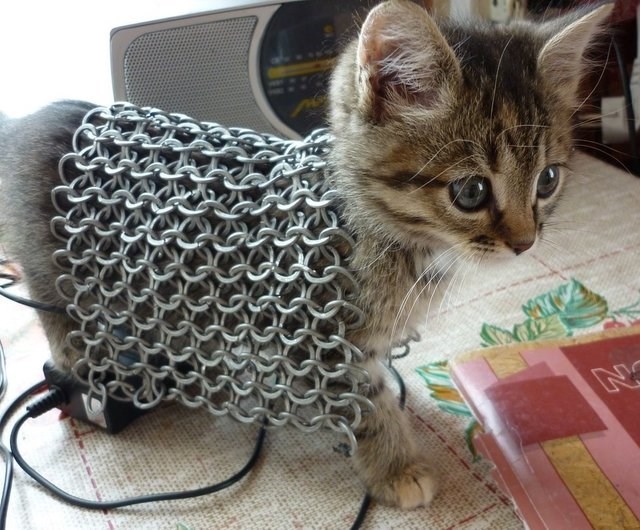 House cats don't exactly come to mind when you think of valiant battle steeds....Jwall, an active and creative maker, decided to print his cat, Bobo, a customized set of armor to make him feel even more invincible out in the world. After a long process of drawing, modeling and tweaking, Jwall came up with a multi-plated suit of cat armor with spiky barbs that should strike fear into the heart of any stray looking to pick a fight.

Bobo's finished suit of armor is both impressive and functional, with several tweaks to accommodate his active lifestyle. One of the plates covering his back has a small hole to allow for a leash to be connected, and a ring for an ID tag is attached to the fearsome-looking, skull-adorned breastplate. The skull, while adding some extra intimidation factor to Bobo's look, also doubles as a catnip holder, in case the wearer should be in need of some herbal courage while in the field. The tail portion, which features the largest and most dangerous looking spikes, is detachable, but, when worn, will surely convince any enemies to keep their distance. 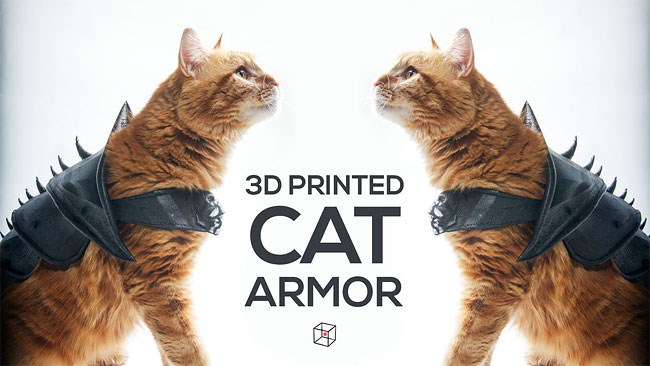 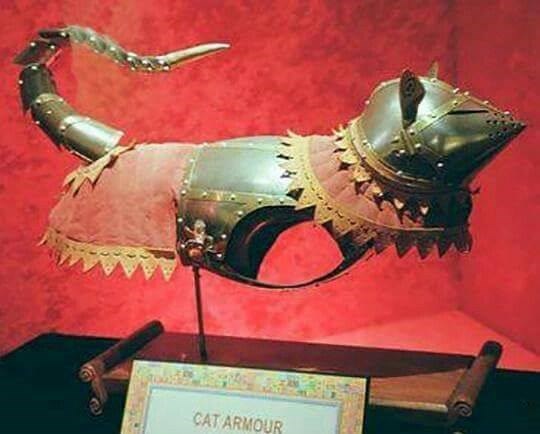 Jeff de Boer sculpts these incredible works of art, inspired by his own cat. 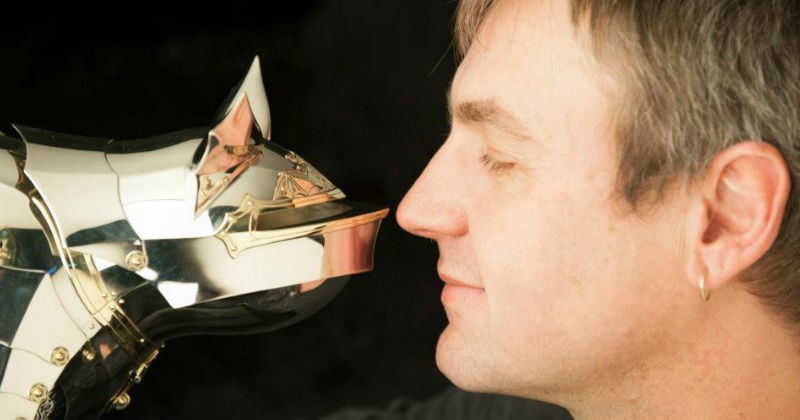 Your Kindness Shall Be Rewarded 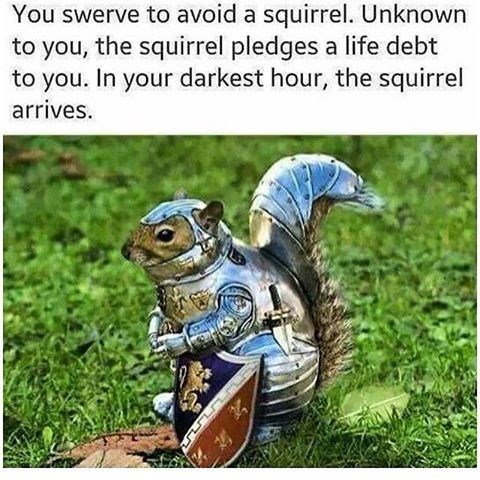 Does Your Cat Need Armor? Just 3-D Print It!

This Armor Is a +3 To Unwanted Petting 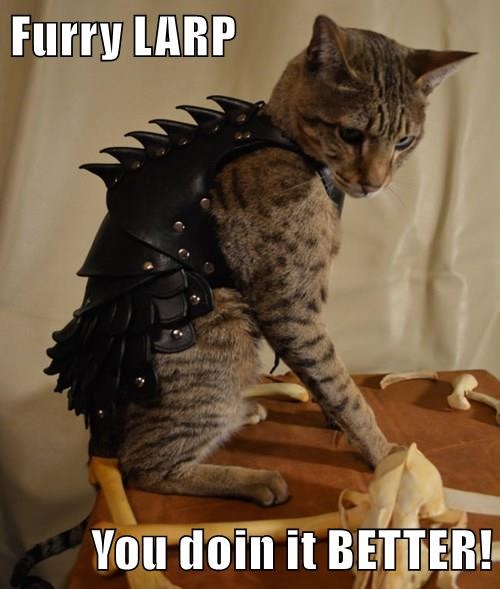 Dire Dachshund Refuses to Be Killed Off This Season 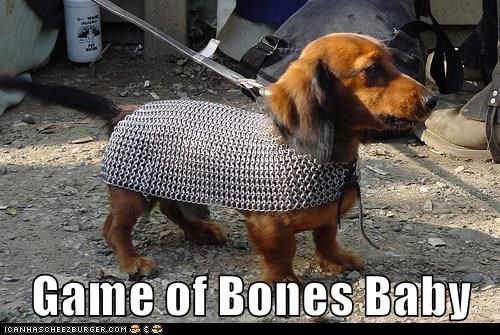 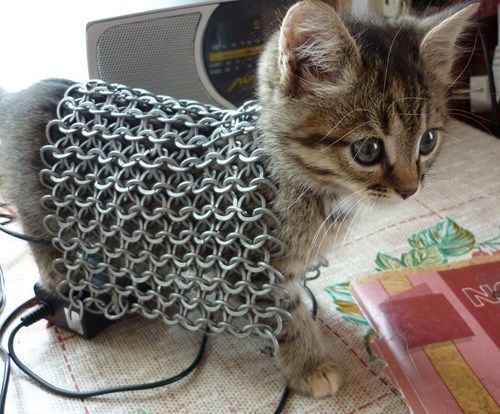 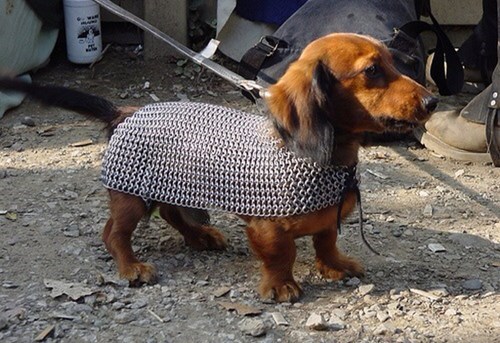 We Must Protect Our Nuts! 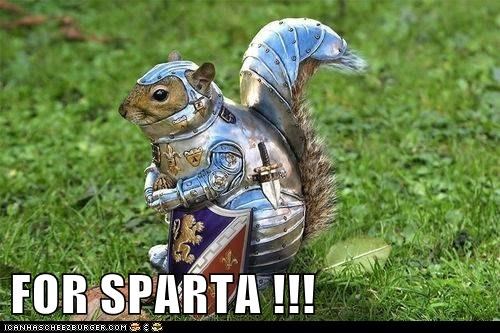 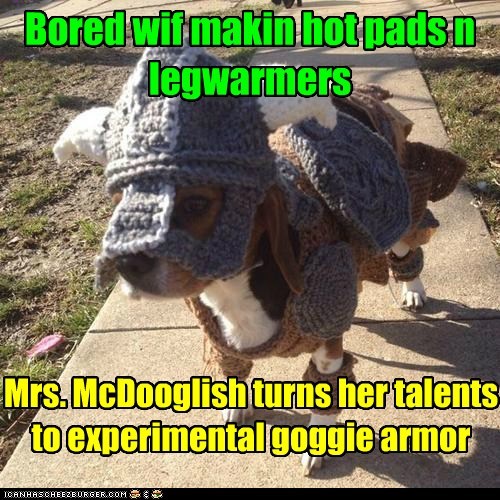 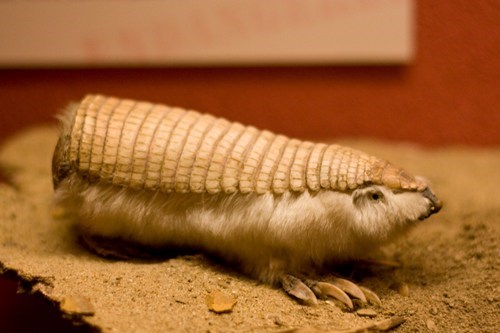 This critter is totally squee, but what is it? Looks a lot like an armadillo... except furry... with humongous claws... Help me get to the bottom of this mystery squeeps! 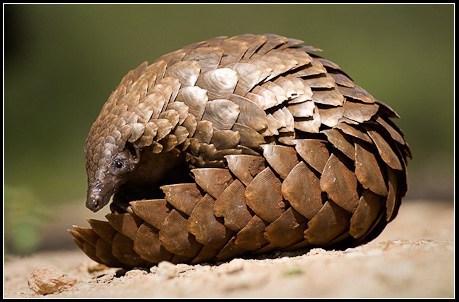 Pangolins are the only mammals alive today that have bodies covered with thick, keratin scales - the same substance human nails are made from! It's no wonder this scaly squee has many nicknames like "scaly anteater", or "living pine cone", etc. 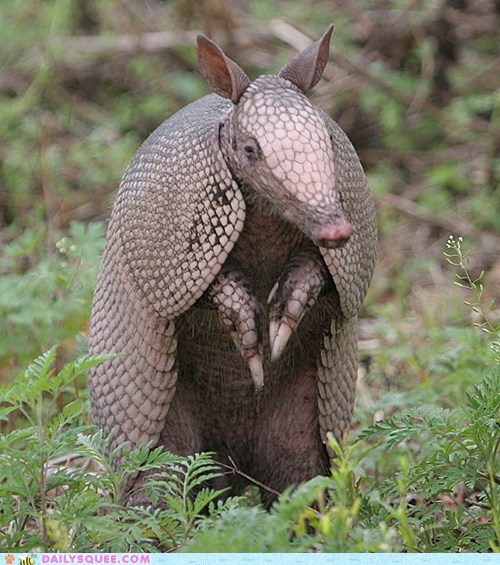 Bye-bye Squeemadillo! It was a wonderfully squee week, and we'll all miss you. Roll along now, but you should come back and visit us at Daily Squee soon! 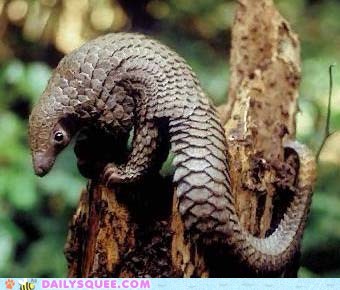 Via Save Pangolins
Repost
Recaption

This scaly creature is almost too squee to be true! What is he? An armored anteater? A dragon? I just have to find out!