We know that there is no "real" cure for the blues or depression, but cats do a pretty good job of letting happiness creep in. It's difficult not to smile and feel warm inside when you see, pet, play, or even nap with a cat.

And a kitten? That's just cuteness amplified to an insane degree.

Who can resist any sort of dog or puppy silliness? Not us, that's for sure!

A little blend of doggo goodness for the soul is always a treat! And we've got pawistively the best line-up! So much cuteness and wholesomeness, we can't help but feel our hearts burst!

Let's give these pups our love and undivided attention! 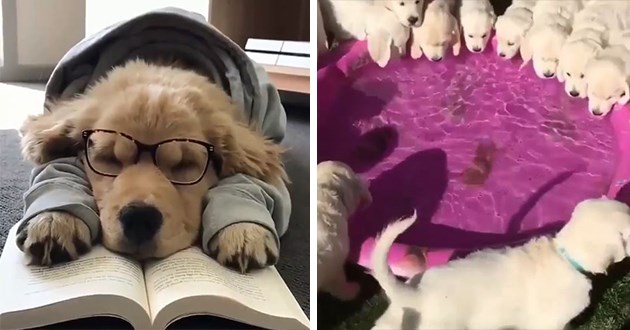 When scrolling through these images of shaved alpacas and llamas... Who else is reminded of an album cover for an 80s rocks band?

We've come to love alpacas more and more. They have a sweet smile, big doe eyes, and look like the best and coolest best friend you can have! 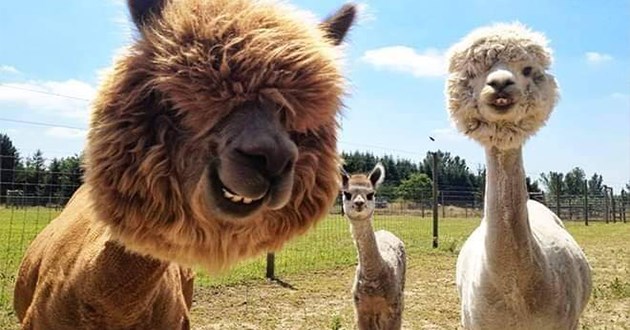 There were numerous hot cat vids going viral but we feel we did a solid job of providing you with best, cutest, funniest, and ridiculous videos.

Enjoy Instagram's top 5 cat videos of the week! If you need any more cat vids to dive into, don't miss out on last week's top 5! 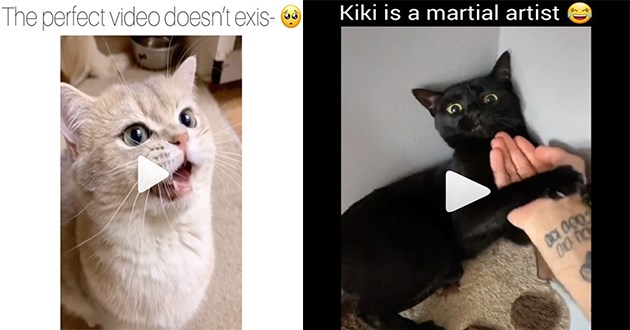 Cats Who Are Ready For Battle (21 Pics)

We have no idea where these cat owners have found such warrior armor but we won't lie -- we're impressed. And let's be honest with ourselves, cats in armor are way cooler than human we've ever seen in armor. Sorry, that's a fact.

We often see cats dress in cosplay, which is always adorable. But only dressed as warriors? These cats are bad*ss. 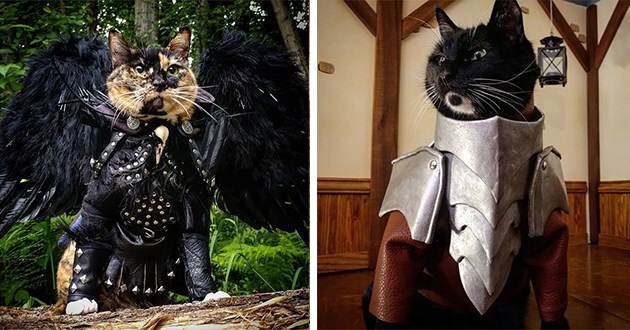 Stray Dog Gets A Home, Job, And Badge From Hyundai Showroom In Brazil

What a good boy!

We love it when we heart a story of a stray animal getting a furrever home -- and job.

Meet Tuscan Prime, the new "pawfessional consultant" of a Hyundai showroom in Brazil! The staff noticed him earlier this year, a stray that would constantly hang around the showroom. The staff didn't ignore the stray, instead, they gave him love and attention. And after one particularly rainy night, the manager, Emerson Mariano, decided to adopt the dog and named him Tuscan Prime.

After his adoption, Mariano took him to the vet for all the necessary vaccinations.

Initially, the showroom took him in just to give him refuge, but it turns out that he's one heck of a salesman! With Tuscan's charm and interaction with the customers, the dealership saw no choice but to give credit where it was due. Thus, earning Tuscan Prime a promotion and his very own ID badge! Tuscan had officially become the showroom's mascot!

In an interview with Top Motors Brazil, Mariano mentions that "that many customers returned to the store even after having purchased a car just to say hi to the dog and give him gifts."

And according to Mariano, Tuscan is even expected to star in a national advertisement campaign for Hyundai! 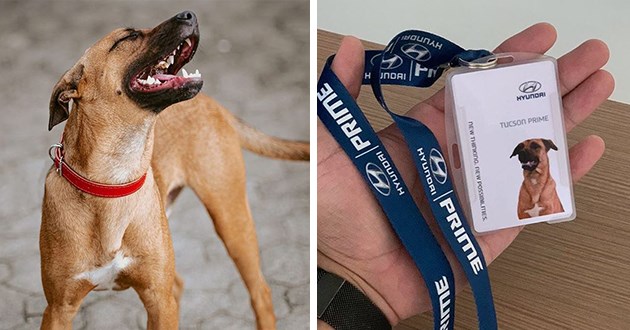 Start your day in the best possible way -- animal memes!

And not just animal memes, but fresh hot memes straight from the internet oven! We've got a lovely assortment of cute, funny, and spicy memes.

We hope you've got a nice, hot cup of coffee with you as you scroll through this morning's meme selection.

Nothing better than those few minutes before you actually start your day and just browse the internet for some fun reads, am I right? 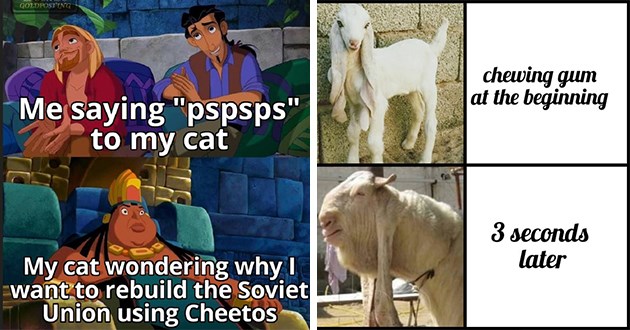 Kittens And A Baby Chick (Video)

These adorable baby British shorthairs are introduced to a baby chick! Safe to say, this may be one of the cutest videos featuring the cutest actors.

There you have it. The ultimate cute to complete your day.

Cats are mysterious creatures... aloof, indifferent... So, you would think.

However, they're more affectionate and lovey-dovey than people realize. Cats do show love in different ways, but they do show it. It can be simple things like being in whatever room you are. Or it can be very obvious where they come to lay right on top of you and start licking your nose.

Cats are loving animals, you love them and they'll love you right back. Here are 17 fool-proof reasons to love cats: 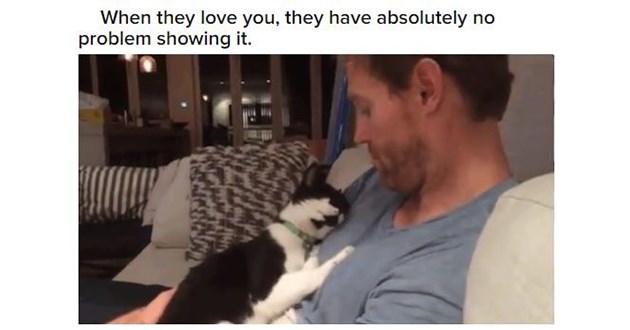 Honestly, here at I Can Has Cheezburger, every day is considered World Cat Day, to us.

As a gift from us to you, we present a giant offering of cats being their glitchy insane (and very cute) selves. And when we say giant offering... we mean it. 86 glitches, to be exact. But, come on, these goofballs deserve a spotlight every day and especially today.

International Cat Day is a day dedicated to the awareness of cats and finding out ways we can help protect them. You can adopt a cat from a local shelter, you can volunteer at your local shelter. If you have a cat, you can make them a special treat such as tuna cookies! You can protect your cat by investing in their safety and getting a GPS tracker.

There are many things you can do to help our beloved furry friends! 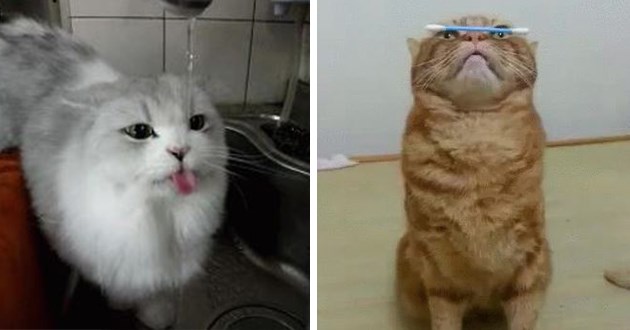 According to Royal Canin's new survey, cats are being defined as "Quarantine Heroes" during these uncertain times.

Royal Canin, a global cat food company, asked 2,000 American cat owners, in a recent survey, about the relationships with their cats during these difficult past few months (quarantine and other subjects).

The survey shows that more than half (57%) of cat owners felt less alone during quarantine and 49% of cat owners stated their cats helped reduce their anxiety.

That's not all, the study revealed! 64% of cat owners shared that they got closer to their beloved feline during that time and discovered new places their cats like to explore/hang out. And within that same group, 54% found their cat's a new favorite food, and 34% came up with new games!

When spending so much time at home, a total of 76% of cat owners claimed to feel much closer to their pets now. And beautifully, 61% of the conducted survey actually went out to adopt or foster a pet during the quarantine. How wonderful is that? Remember, if you're thinking of getting a pet, please consider adopting and not shopping. 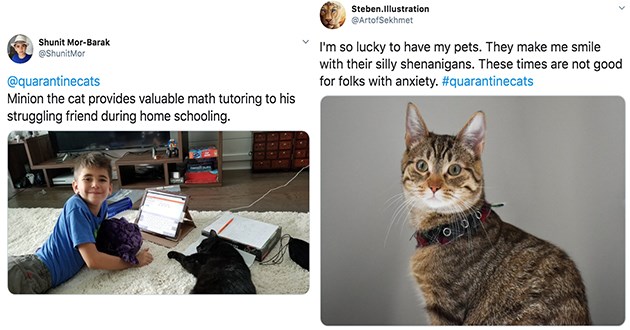 Here are 2 minutes of pure magic and love. 35-year-old Motuba, a gorilla at the Philadelphia Zoo, is seen here wrestling with his two-year-old son, Ajabu.

Did you know what when a gorilla has its mouth open and shows only the lower teeth, it's in a playful mood and inviting to play? Pretty interesting!

In the video, both father and son are in "play" mode, as they have their mouths opened slightly to indicate so. However, even more so, you can just see the pure love in Motuba's eyes as he watches over his son.

We're feeling the love from this amazing dad, how about you?

We love us some floofs! Doesn't really matter what kind of animal floof, we can promise you that'll adore them all.

We believe the floofier the better. Yet, we're also very fond of some hairless creatures as well. Hairless or floof, all that really matters here is that they are animals and we are all animal lovers.

Enough this lovely collection of all the floofs (and non-floof) animals through pics, videos, and of course, memes! 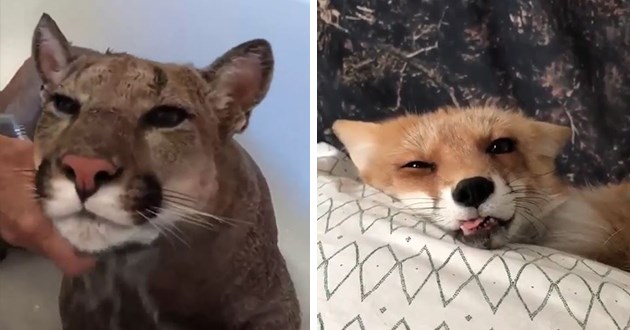 Doggos pretty much do it all.

And by doing it all, it's pretty much making us giggle and smile all the time! Come on, just think about doggos' and we are pretty sure you'll be smiling! Just think about all the good boi gifs out there, and all those adorable and funny snaps! Smiling yet?!

We know! It's im-pawww-sible not to just crack a teeny tiny smile. Dogs do what they do best and that's to make us feel there love, and it's all smiles from there!

We double-dog dare you to try not to smile at these awwdorably funny Tumblr posts all about dogs! 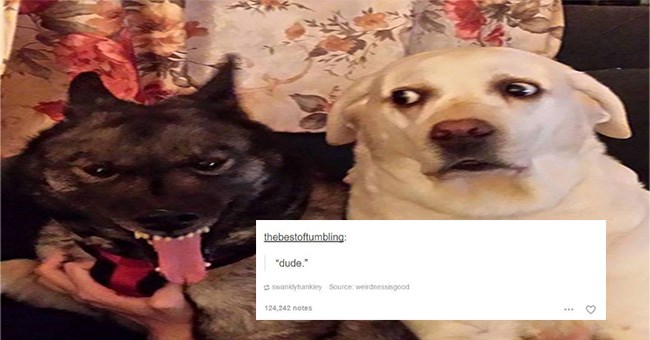 What is it about owls that captivate us so? Those big-all-knowing-eyes? The way they can turn their head nearly all the way around? What about those beautiful feathers?

There's so much mystery when it comes to owls, we think that's part of their intrigue and fun. Plus, they're pretty heckin' cute when it comes down to it. And some owls are just downright beautiful.

Did you know that there are about 200 different owl species? Wow, that's a whole lot of cuteness to admire! 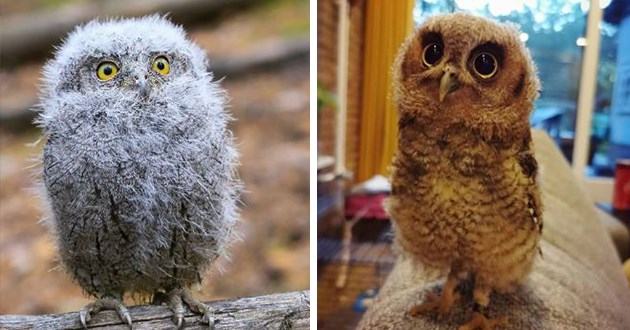 It's the time again, our favorite part of Friday is gathering up all these beautiful newly adopted faces (young and old) and sharing them with all of you. We're just so happy to see so many pets find their forever loving home, there's nothing better than that.

A special shoutout to those who have adopted a senior pet, giving it a second chance at life. You guys are our heroes.

For those of you who are thinking about getting a pet, just remember; adopt, don't shop. And don't miss out on the previously adopted faces!

If you recently adopted a pet, shoot us an email to be featured in next week's list! 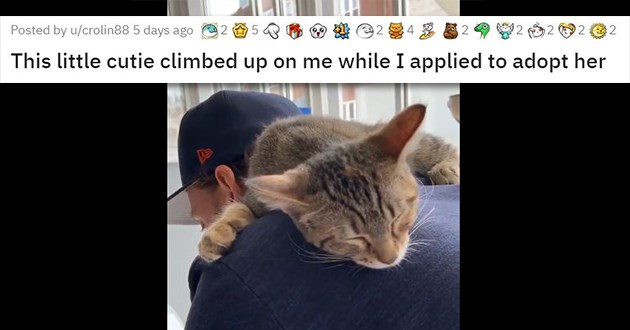 Musings of a cat.

What a great feeling