Amsterdam, the Venice of the North. Home to green patches, and... green.... yeah Amsterdam is awesome so check out everything funny to do with one of globetrotters' favorite destinations.

Welcome to the one and only cat sanctuary that floats! A true hidden gem in Amsterdam.

De Poezenboot (translated in English to 'The Cat Boat') first began not on a boat at all. In 1966, a woman in Amsterdam, known as v. Weddle, found a stray mother cat with kittens and took on the task of caring for them. Soon enough, more and more cats began to come and be taken under her wing.

Fast forward to two years later in 1968 and the first boat was born! V. Weedle had a large house with a terrace but was soon becoming too small for the cats so she bought a boat on the canal! The boat was named 'The Tjalk' and was completely furnished and made suitable for all the cats. And as soon as the floating santuary was open people came to help care for all those stray cats -- the first volunteers.

Written in the history of De Poezenboot, "The Tjalk has served faithfully for about 10 years and was replaced by an Ark at the end of 1979. And because the Ark was specially built on the yard for the shelter of cats, this boat met all the requirements we set for it. "

And in 1987, the foundation was founded, "Stichting de Poezenboot."

De Poezenboot is home to so many beautiful cats but is also working to help cats find a forever home with a family. You can donate to their cause here. 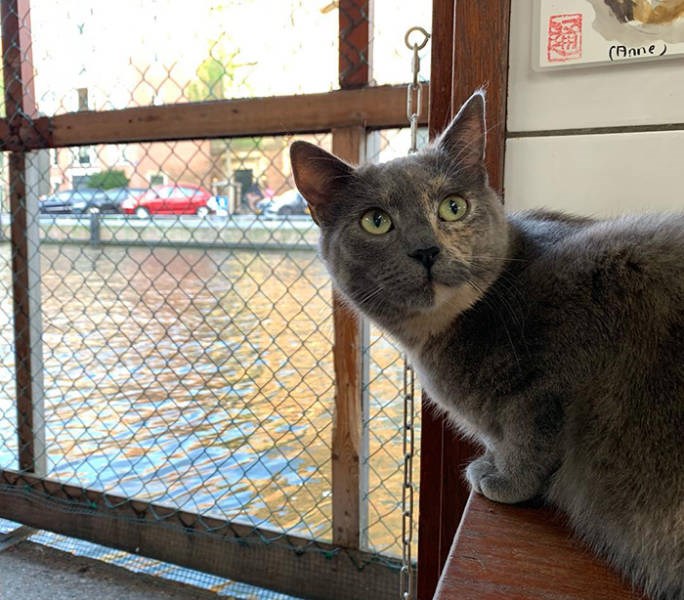 Watch the great journey of this cat crazy entrepreneur, Thomas Vles, who biked 300 miles from Amsterdam to London with his two kittens, Mushi and Cheesy.

Where cats and water go purrfectly 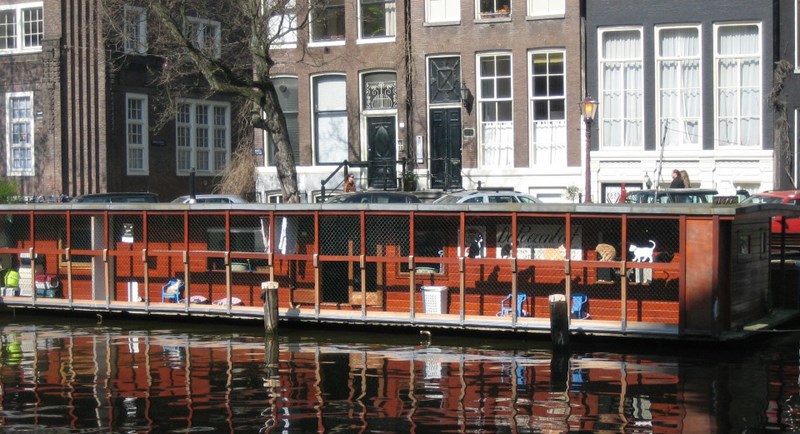 Now We Know Where Amsterdam Got its Name... 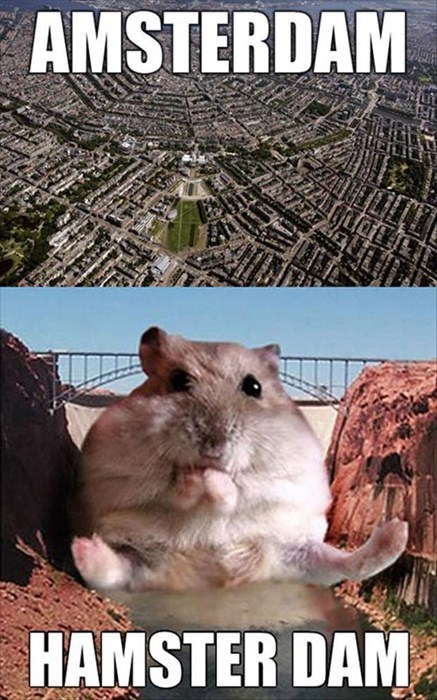 WHEN I GROW UP, 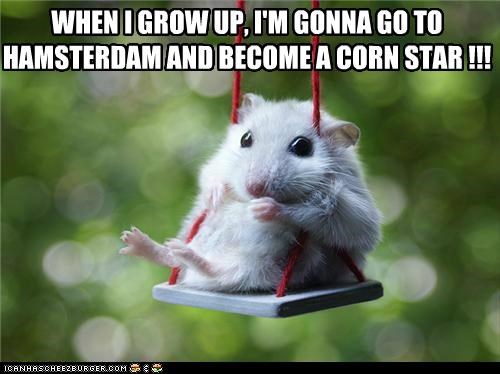 WHEN I GROW UP, I'M GONNA GO TO HAMSTERDAM AND BECOME A CORN STAR!!! 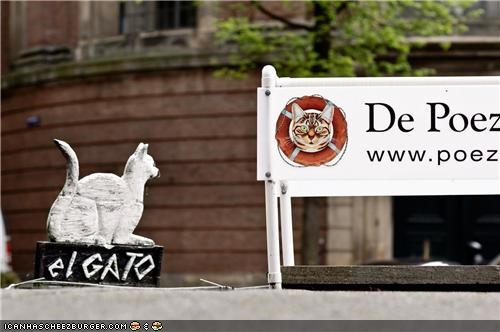