no i havent been sleeping well... why do you ask? 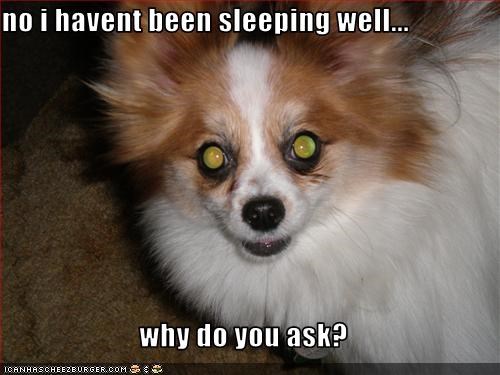 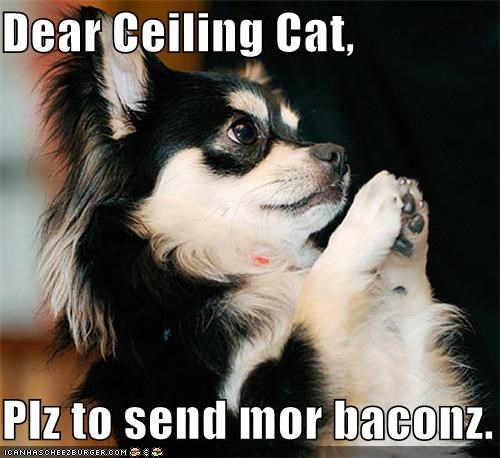 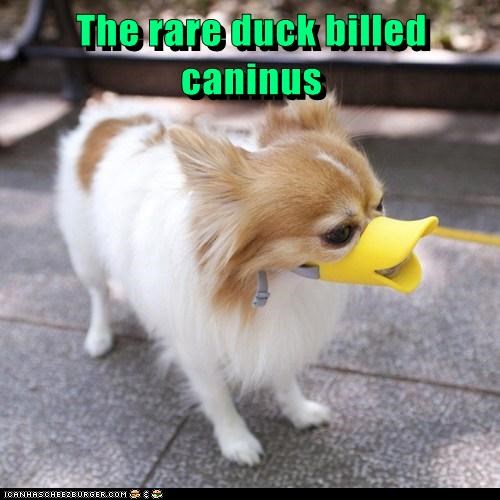 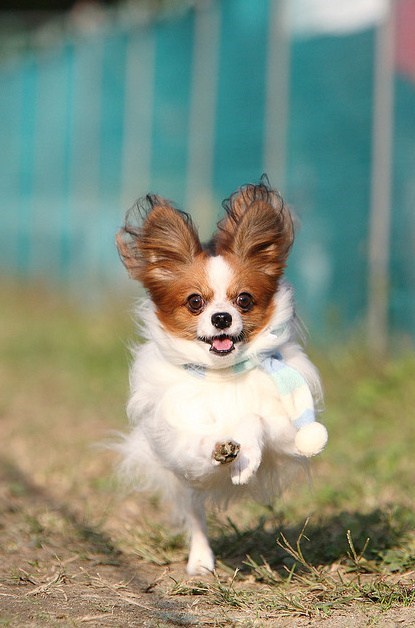 Did you know the Papillon originally only had dropped ears and was called the "Epagneul Nain" or "Dwarf Spaniel"? Over time, an erect-eared type, resembling the wings of a butterfly, developed. Papillon means "butterfly" in French. 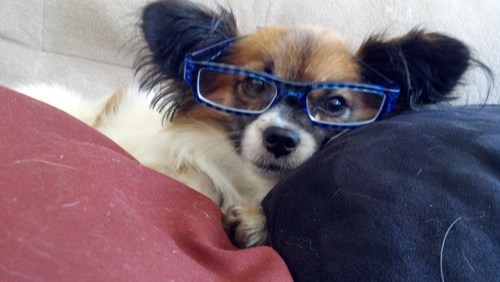 "Much of the Papillon's development is known because of its depiction in paintings. This tiny breed is recognizable in 13th through 15th century Italian paintings in the Renaissance period. They were often painted on the laps of French and Spanish noblewomen." 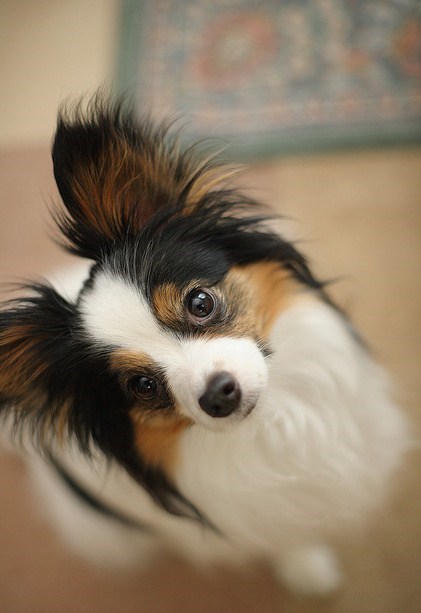 Did you know that the Papillon is one of the oldest breeds of dog? It has a recorded history in Europe going back nearly 700 years! 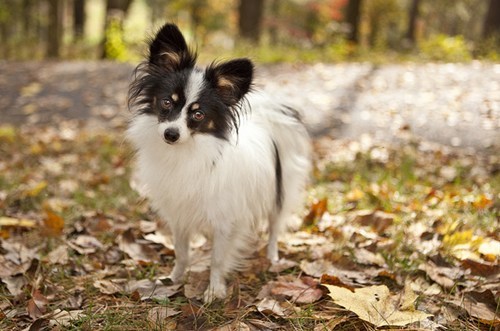 U voted last week in da poll between da Papillon and da Maltese 2 determin wich goggie wud b teh breed ob teh week dis week. An luk!! Teh Papillon wins!!

Tank u 4 votin in teh poll! So wifout furthur ado, heerz ur furst Papillon ob teh week. We hoap u enjoy dese lubbly goggies!

Goggie ob teh Week FACE OFF: Papillon vs. Maltese 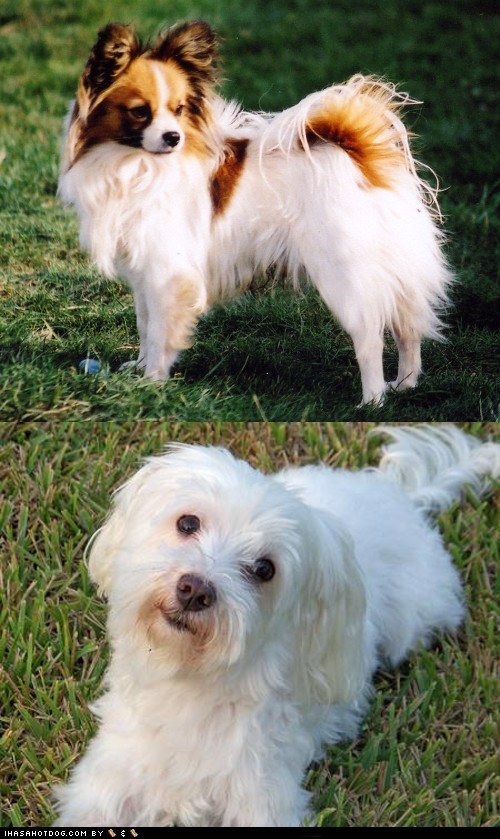 Fun fakts about teh Papillon: "The Papillon (from the French word for butterfly), also called the Continental Toy Spaniel, is a breed of dog of the Spaniel type. One of the oldest of the toy spaniels, it derives its name from its characteristic butterfly-like look of the long and fringed hair on the ears."

Fun fakts about teh Maltese: "The Maltese is a small breed of dog in the toy group. It descends from dogs originating in the Central Mediterranean Area." 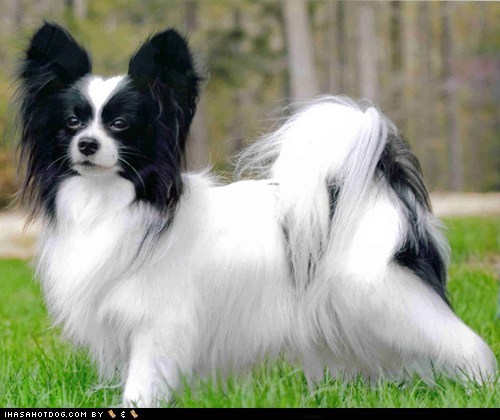 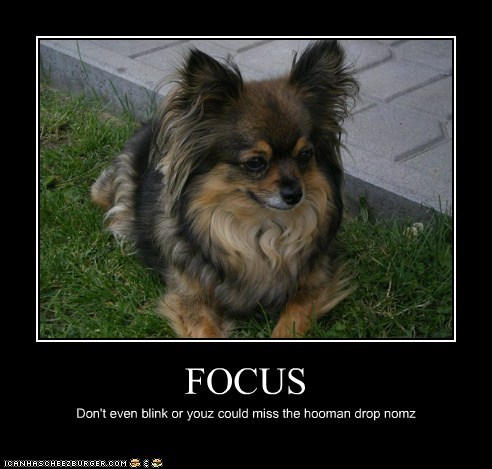 FOCUS: Don't even blink or youz could miss the hooman drop nomz.

Why Not a Baker's Dozen Instead?! 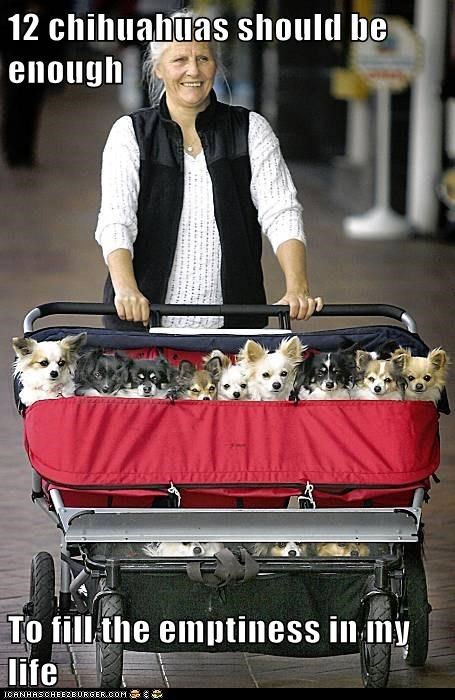 12 chihuahuas* (Papillon?) should be enough To fill the emptiness in my life 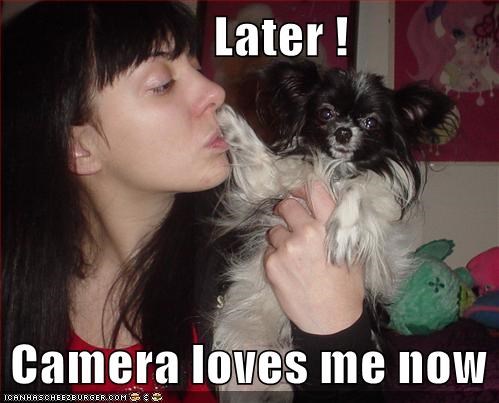 ai am a great modul!

snap out of it! 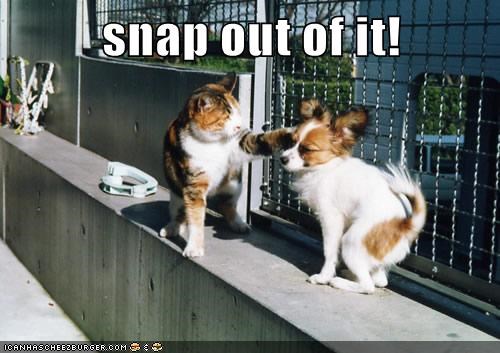 snap out of it!

do it fast or u mite juss stay dat wai! 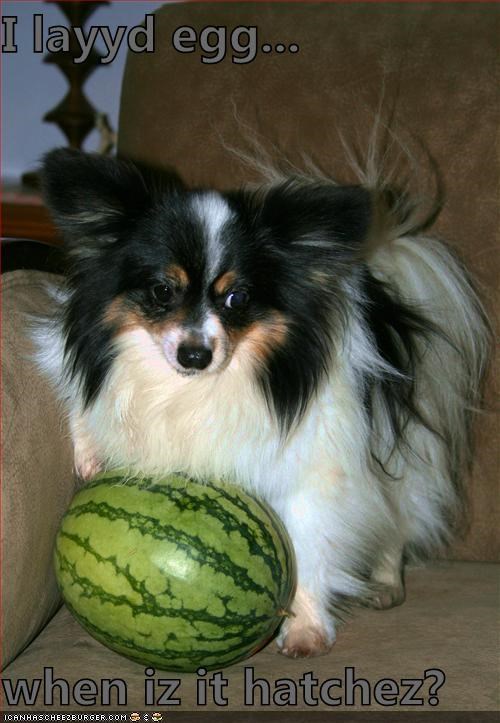 u gawts sum werk 2 do furst! 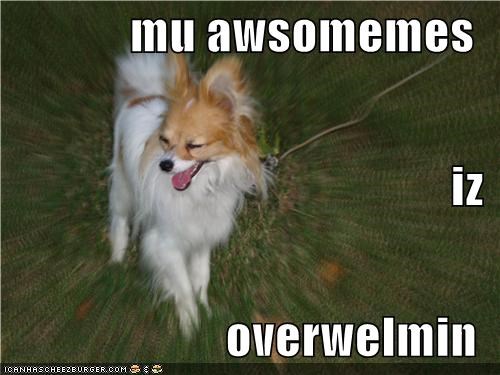