Here is something you don't tend to see every day, a rabbit hanging out with a bunch of baby chicks! Seems like a scene out of a children's book! What could be going through this rabbit's mind as he sits happily beside all these baby chicks? We have some ideas. One, this could be the result of not delivering Easter eggs on time. Or perhaps this rabbit now sees itself as a parent.

We don't know much about what's going on in this video but we do know that it makes me smile, and feel quite peaceful within. We're hoping it does the same for you. 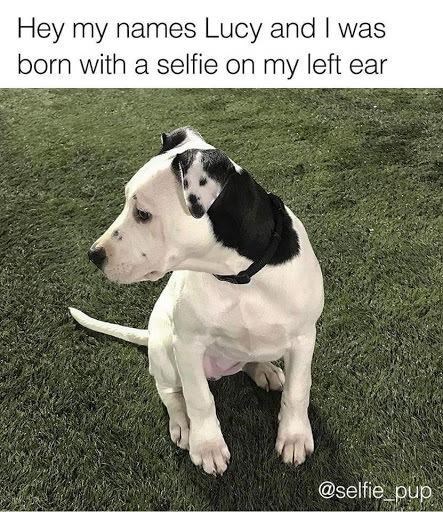 Via @selfie_pup
Repost
Recaption
Comments
Advertisement
I Can Has Cheezburger?
Favorite 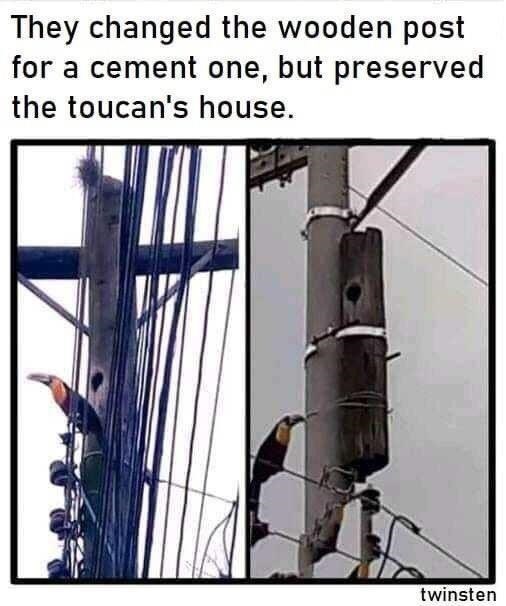 Via Twinsten
Repost
Recaption
Comments
I Can Has Cheezburger?
Favorite 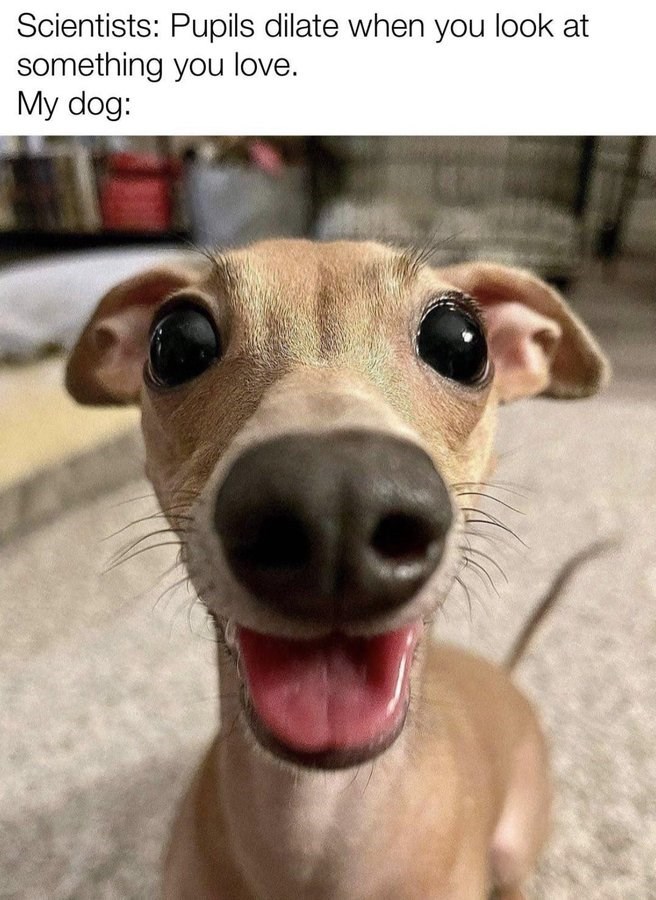 Via @RespectfulMemes
Repost
Recaption
Comments
I Can Has Cheezburger?
Favorite

Let's be honest, all dogs are loveable goofballs, but huskies... are extra goofball-y.

They are so beautiful, and they're the silliest dumb dumbs that we love more than anything in the world and would do anything for. Endless energy and shenanigans to no end, there's no way anyone could ever not love huskies. And if they really don't love them: first of all, they're wrong, and second of all, we're about to prove to them exactly why they should. 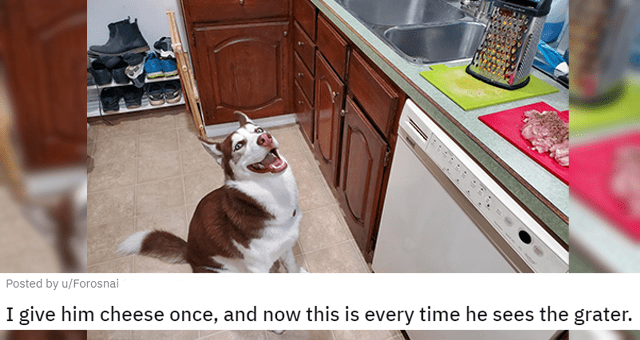 The magic that is dogs! It's something we can't quite put into words. Dogs are sparks of energy, life, and happiness. And they bring those same qualities out in the people that see or meet them. They're special. That's all there is to it. Dogs are the ultimate happiness train that we all wish to be on forever.

Once a week, we try to bring that doggo magic and deliver it here to you, in the form of memes or snaps. Sometimes both! The joy and love for doggos is endless and we're just here to help spread that joy and love even further. Give ready to have a big goofy smile plastered all over your lovely face! 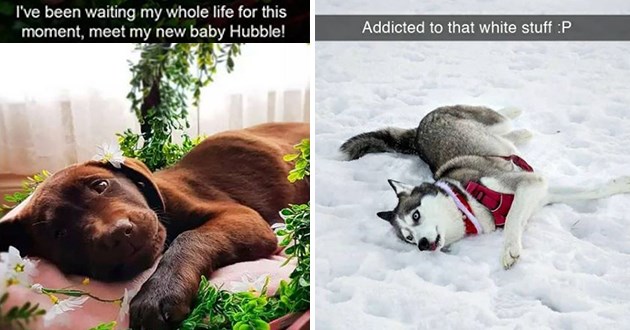 Giving Love Back To A Blind Kitty Full Of Positivity

Meet Pebbles, a blind kitty who you're about to fall in love with.

"As a tiny kitten I was left at a dump to die," says the description of Pebbles's Twitter account, "I had a terrible infection in both eyes. Someone brought me in to my mom's vet clinic, and she fell in love!" 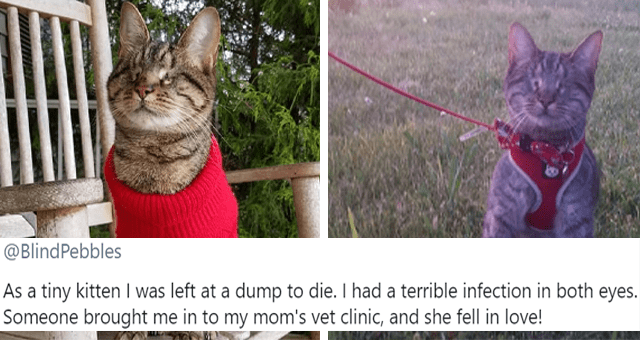 Ducks are so cute! And as one commenter pointed out, they're lucky they're so cute because they poop everywhere. All the time.

However, that's not really relevant to this story. Imgur user, sneakybeaver154, has recently shared a post with the community that his fiancée saved a duck! And even includes so images of the saved duck. Of course, it went viral because who wouldn't love to see a rescued duck? Or any animal for that matter.

It's a fact that we humans love rescue stories and if it's a rescue story that involves an animal? Man, that's the jackpot. Happy to say that a majority of people love animals just as much as we do! If you recently rescued an animal, whether it be from the streets or shelter, share your story with us on 'I Can Has Cheezburger's,' newest Facebook page, 'ICanHas Storytime.' A community for people to share their animals and the stories behind them!

Commentary for this rescue story is provided by Imgur user sneakybeaver154: 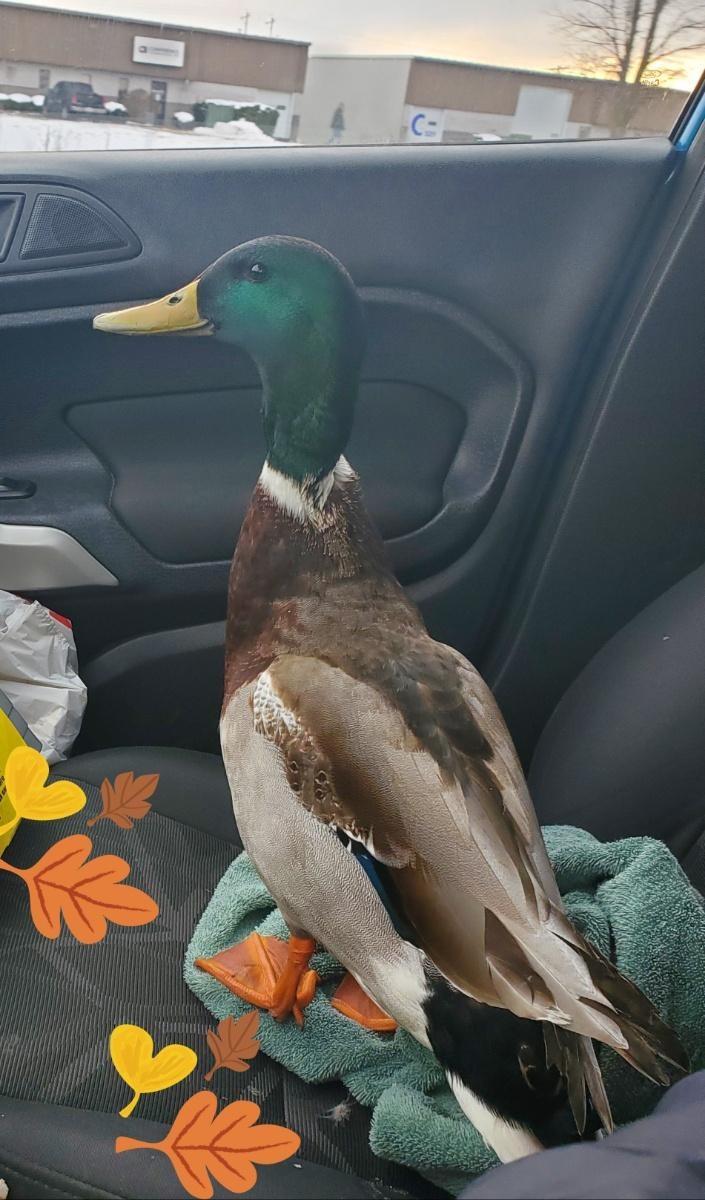 It's time for your daily cuteness overload. This time, we've got one of the cutest things of all, but it's something only real cat lovers cat appreciate - teeny-tiny cat teefs.

That's right, if you're not a cat person, you have stepped into cat person territory right here. Because the same thing that people who are scared of cats are afraid of is exactly the thing that we, cat lovers, love. Love is sharp. Love is getting love bites from your cat and saying thank you.

Thank you, r/teefies, for always having a fresh, purrfect supply of cat teefies to offer and allowing us to feed our cat teefies obsessions without shame. 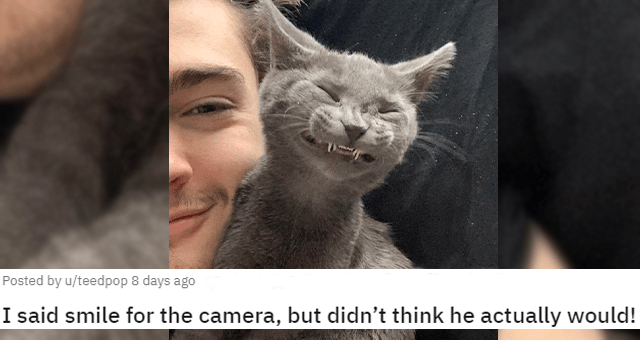 A great horned owl was found shot near Santa Paula during November of last year, and a few days ago, it was finally healed enough to be released back into the wild where it belongs.

As reported by VC Star, getting the owl the help that it needed after such a tragic discovery was a team effort. Sergio Gutierrez, a Santa Paula Police Officer, corralled the owl. Following that, Nikki Ruhl, a veterinary technician with the Santa Paula Animal Rescue Center (SPARC), gathered up the injured bird. Ruhl then brought the owl to the Ojai Raptor Center for specialized care. Once there, a staff veterinarian, Dr. Stephany Lewis, discovered that the bird had three pellets inside it: one in her chest, the other in her leg, and the third having broken the ulna bone in her wing. On top of that, the pellets left the owl suffering from led poisoning.

The treatment for this injury was not an easy one. "After treatment in the raptor center's intensive care unit, the adult owl moved to an outdoor enclosure where she had several weeks of flight time in a large aviary," write VC Star. A senior staff member at the center said she had never seen an owl with a gunshot wound. It is more likely to see shot hawks and vultures since they are active during the day, but great horned owls prefer hunting at twilight.

The owl weighed less than 3 pounds and was fully grown - at least three years old, though it's impossible to tell her age beyond that. Jaclyn DeSantis, senior staff member at the center, about returning the owl back into the wild, said: "She should be breeding right now. She should be at a nest."

The owl traveled with DeSantis in a bright blue cat carrier to the release site, and patiently waited outside the Ojai Raptor Center's van. They made sure to release the owl at dusk, when she would be protected from attacks by crows or ravens. You can see pictures of the owl as she was taken out of her cage, looking around and taking in her environment before finally taking off and disappearing in the trees.

We want to thank all the hard work done by everyone involved in this owl's story, you're doing an incredible job. For more stories of owls being released into the wild, click right here. 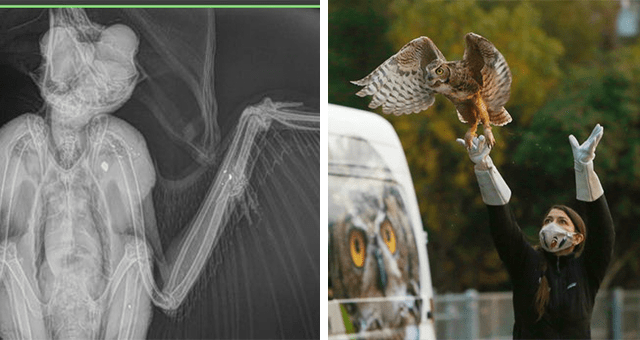 Happy Caturday, our fellow cat worshippers! Today is the day in which we admire our feline God's be devouring cat meme after cat meme. It is a timeless tradition that we here at 'I Can Has Cheezburger' take very seriously and strive to continue.

Each Caturday, after we consume countless cat memes, we prepare ourselves a giant tuna feast that promptly sends us off into slumberland for roughly 22 hours. Once we wake, the mayhem begins.

Join us in our weekly Caturday madness! 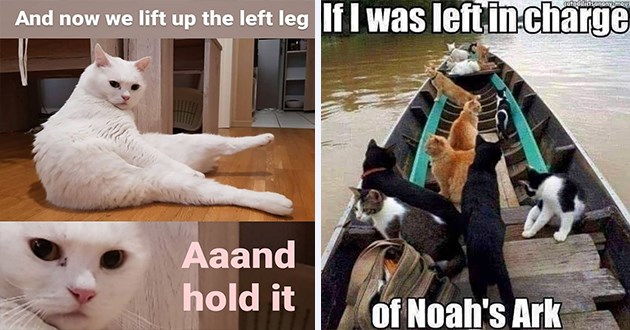 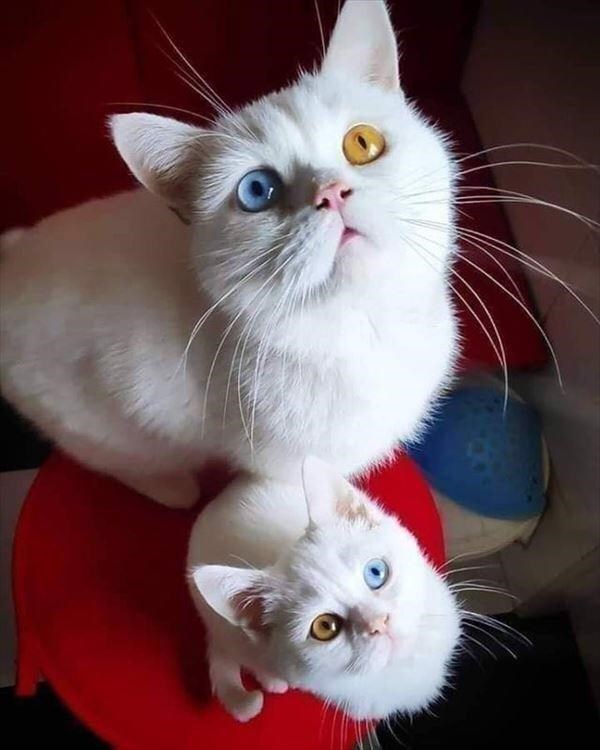 Via Come2Japan
Repost
Recaption
Comments
I Can Has Cheezburger?
Favorite

Popular YouTuber, Claire of Kittisaurus, has welcomed 3 new cats into her very large cat family! When Claire heard of a cat, and it's 2 kittens, in need of help, she quickly jumped to the rescue! Claire decided to look after them for a while, not knowing then that they would forever join the family.

Now, NaNa, DoDo, and ToTo, have officially joined the giant clan and found their new forever home! Let's see how they've managed to settle in! 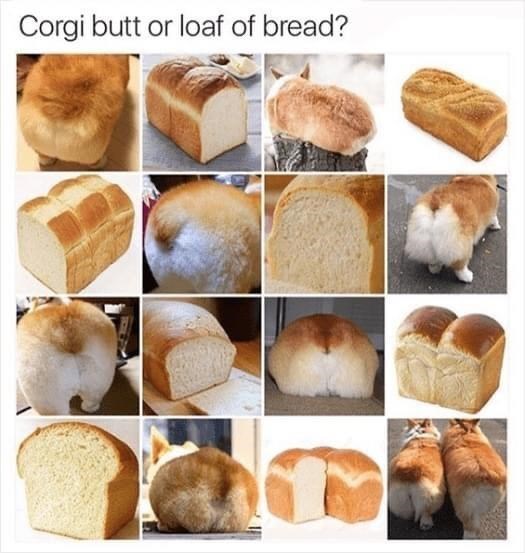 Via deafkitten
Repost
Recaption
Comments
Advertisement
I Can Has Cheezburger?
Favorite 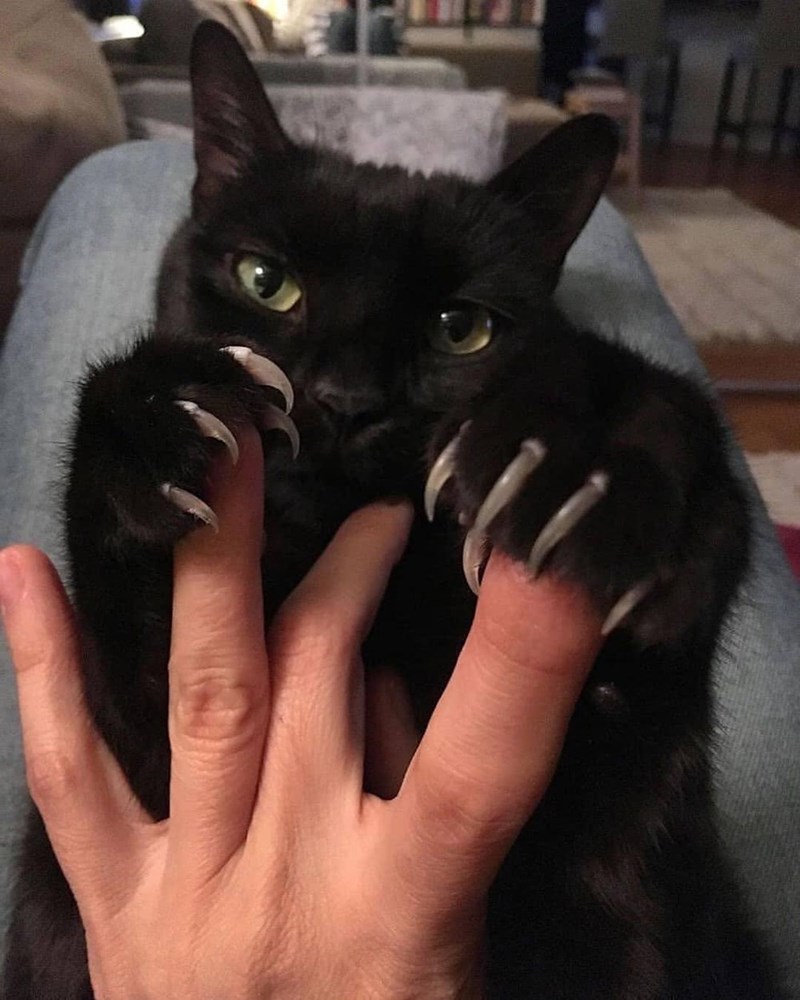 Via curedragon
Repost
Recaption
Comments
I Can Has Cheezburger?
Favorite 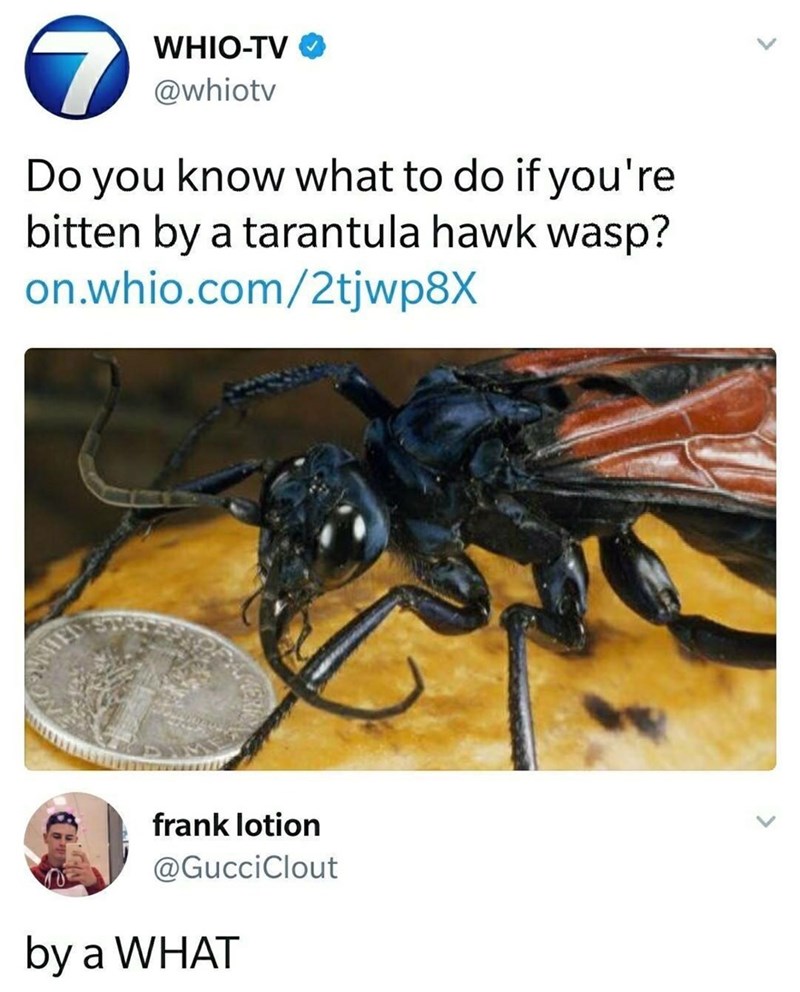