Meet Wojtek, The Soldier Bear From Poland, Who Fought The Nazis During World War II

Via The Story Behind
Repost
Recaption

Purchased as a young cub from a railway station in Iran by a group of Polish soldiers during World War II , Wojtek was enlisted into the army as a private in order to be given rations and transportation. He was subsequently promoted to corporal and helped to move crates of ammunition during the Battle of Monte Cassino in 1944 – swiftly becoming a celebrity among the Allied troops. After the war, Wojtek lived out the rest of his life at Edinburgh Zoo in Scotland, and was commemorated by a statue in Edinburgh's Princes Street Gardens that was erected in 2015.

This Twitter Thread TellsThe Incredible Story Of Bamse, The Dog Who Fought In WWII

Bamse was a St. Bernard from Norway who was awarded with a medal and a statue for his efforts during the Second World War. This twitter thread tells his extraordinary story. 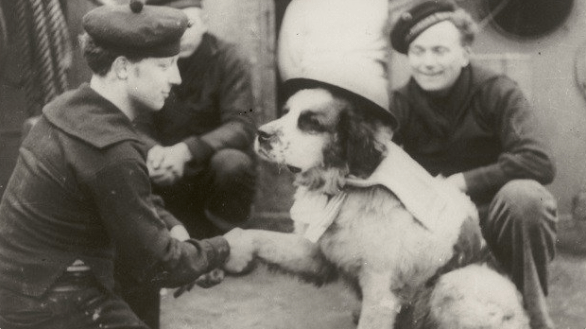 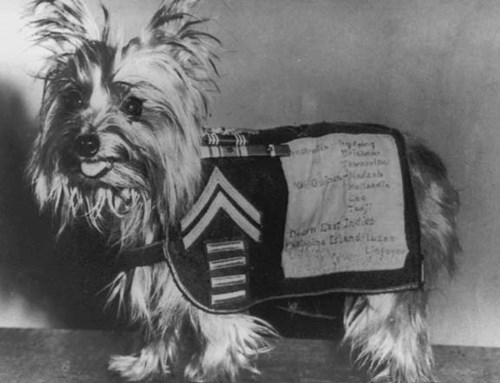 Since today is Veteran's Day, meet Smoky!
Smoky, a tiny Yorkshire Terrier, was found in a foxhole in the New Guinea jungle. Her owner, Bill Wynne describes how he came to be with Smoky:

"Smoky was found in the jungle foxhole by Ed Downey a friend ,who not liking dogs gave it to motor pool Sgt. Dare from whom I bought her the next day for two Australian pounds ($6.44 American) so Dare could get back in a poker game."

Smoky went with Wynne from then on and, in the course of eighteen months of combat with the 26th Photo Recon Sq., of the 6th Photo Recon Group, 91st Photo Recon Wing, 5th Air Force, Smoky was credited with twelve combat missions and awarded eight battle stars. YANK magazine named Smoky, "Champion Mascot of the Southwest Pacific Area in 1944."

More than a just mascot, Smoky became a war dog on Luzon in January 1945 when a taxistrip had to be crossed by a communications cable, requiring a culvert to be dug up. She was the main solution by leading with the wires through an eight inch pipe under the runway, and climbing through piles of sand accumulated along the 70 foot length.
Not to be stopped after that, Smoky became the first Therapy Dog (as investigated by Animal Planet) and found she was the first documented in that role. Smoky started in July 1944, at the 233rd Station Hospital, in New Guinea, where she accompanied nurses to see the incoming wounded and go on rounds with Dr. Charles W. Mayo of the Mayo Clinic. She didthis for twelve years, during and after World War II. There is a special monument honoring Smoky was built after she passed in 1957, in Cleveland, OH. A new monument is planned for an expanded war memorial site in Veterans' Park that will honor more War Dogs.
Comments