the fox and the hound

Via Barcroft TV
Repost
Recaption
Comments
I Can Has Cheezburger?
Favorite

The Fox and the Hound IRL 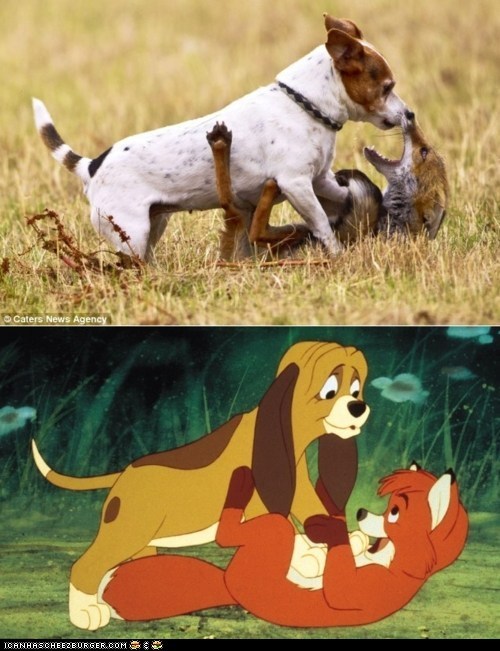 Sadie, a Jack Russell terrier, and Anuska, a fox, have developed a friendship akin to that of Tod and Copper from Disney's "The Fox and the Hound."

Their owner, Brian Bevan, claims the two are inseparable and that they both love to jump around and play fetch.

"The second we introduced Anuska to Sadie they got on really well and played happily together," he said. "There was no hostility, they took to each other brilliantly."

Story via The Daily What