There are "dog" people and there are "cat" people, and photographer David Williams captures men who identify with the latter group. His project titled Men & Cats began in 2009 as a way to break the stereotype of the "crazy cat lady." Williams photographs guys in their homes and on the street with their feline companion close by. "I wanted to show that regardless of gender, many people have found the joy that cat companionship can bring," Williams told Time Out New York. Big like from us! Via: My Modern Met 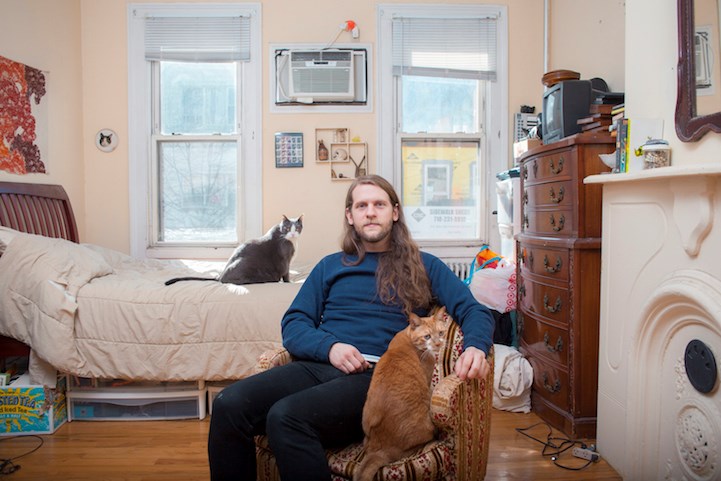 Cats That Don't Really Know How To Cat

Doggos And Cattos Help The World Spin Round (Memes + Gifs)