It's not so strange for animals to get their own Funeral, after all, they become family. However, we have never heard of a funeral for robot dogs! Well, that's what they did in Japan! 114 of Japan's Sony old generation AIBO robot dogs (the world's first machine pet capable of developing its own personality) were sent off to dog nirvana. 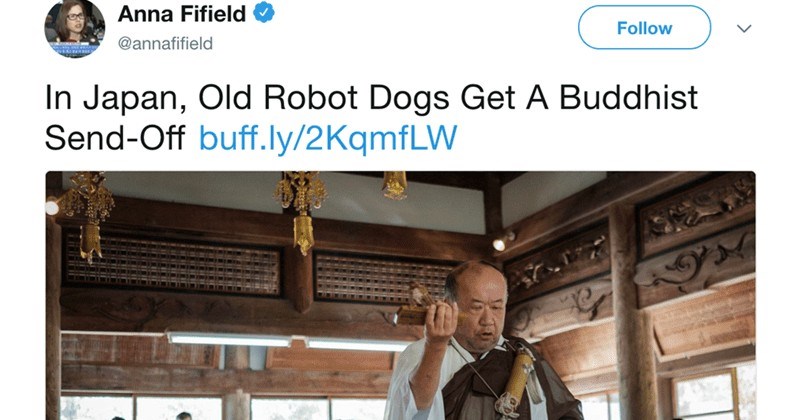 A Bunch Of Cute Tumblr Posts About Baby Animals