The Origin of Dogs

Via The Atlantic on Vimeo
Repost
Recaption

The Simpson's Version Of How It All Started

Via youtube
Repost
Recaption
Comments
I Has A Hotdog
Favorite 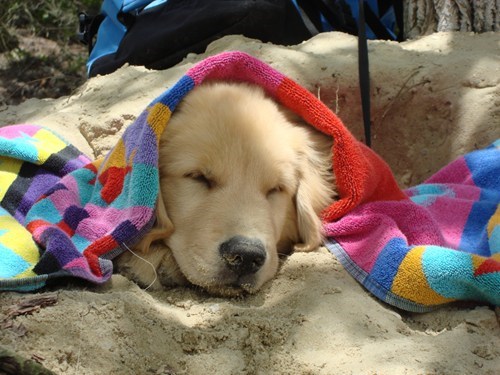 Via It's All About Dogs
Repost
Recaption

"The Golden Retriever has its roots in Scotland. In the mid-18th century, wildfowl hunting was very popular among the wealthy. In Scotland, a dog was needed that could retrieve from water and land because the land was covered in ponds and rivers. Early retrievers were crossed with the best of water spaniels, giving rise to the dog known as the Golden Retriever."

Meet The Newly Adopted Faces Of The Week (25 Images)

A Boost Of Wholesome Hilarity

Kitty Cat Criminal Collection: Cats In Places They Shouldn't Be

Can you find the Kitty in Lumber Slumber?