Cat Superstar Of The Year: Smudge The Cat (40 Memes)

Smudge the Cat was the BIGGEST cat meme of the year! Not only that, but did you know Smudge also happens to be the largest and longest-running cat meme ever? So far it has over 4 million views (and is the quickest meme to reach that number), and that's just on Know Your Meme!

And if you don't know who Smudge is at this point... you clearly live under a rock. Or, perhaps, you know Smudge as the never-ending and ever-evolving meme, "Woman Yelling at Cat Meme."

Smudge is such a huge star, one artist made a lengthy comic about the iconic meme!

Either way, we're here to honor Smudge for quite possibly being the largest cat meme legend of our time. Congratulations Smudge!

Here are 40 of some of the most popular Smudge memes (but let's be real, there are literally hundreds of these memes circulating the web and new ones being created every day). 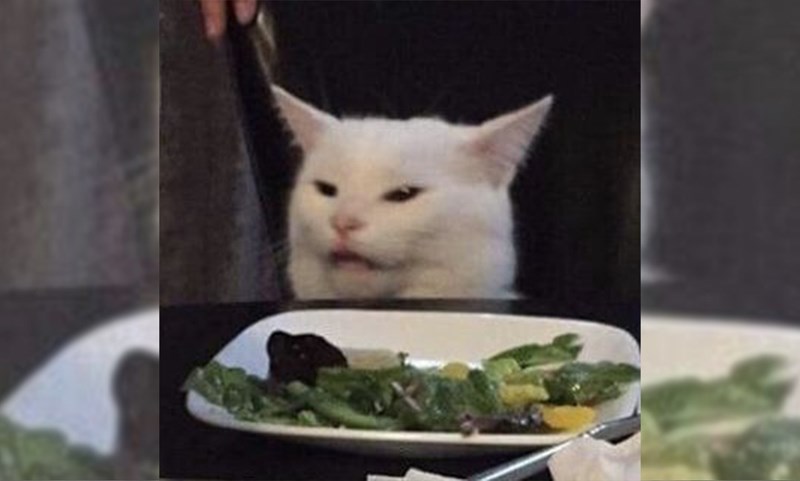