Leon, a handsome stray cat in Brazil, was out in a storm and decided to seek shelter at the OAB building (which is equivalent to the American Bar Association).

Little did Leon know his life was about to change forever... because he officially became employed!

This isn't the first time we're seeing cats being officially employed, but this is the first feline lawyer we've heard about! 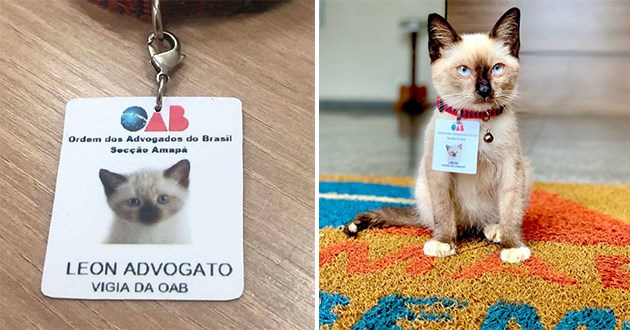