Military Dog, Who Aided In The Capture And Killing Of ISIS Leader, Gets Honored

Meet one of the good-est dogs in the world at the moment! A declassified military K9, who is being labeled as a hero after aiding in the capture, and take down of the leader of ISIS, Abu Bakr al-Baghdadi.

According to Army General and the chairman of the Joint Chiefs of Staff, Mark Milley, the heroic dog's name will not be release for security reasons. The gender of dog is also classified information that will not be revealed. The only information known about the k9 is the breed -- a Belgian Malinois.

Reported by USA Today, it is mentioned that the dog did acquire slight wounds in the massive operation to take down al-Baghdadi. However, our heroic dog has already returned to duty after treatment.

Rightfully so, military's top officer, and the US President, have both credited the hound's "tremendous service."

"Our canine, I call it a dog, a beautiful dog – a talented dog – was injured and brought back," Trump said.

Thank you, declassified hero! We adore you!

Currently, the Twitterverse is taking a moment to appreciate the Belgian Malinois breed: 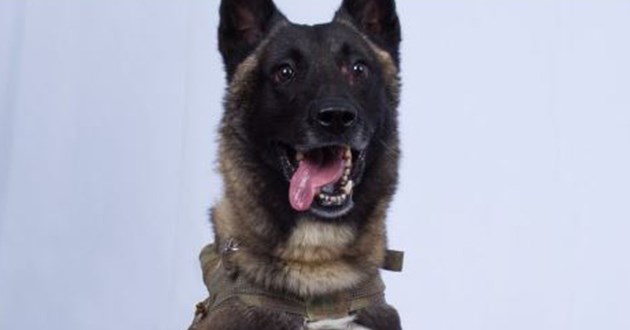