grooming with a toothbrush

Cats Being Groomed With Toothbrushes

Apparently, there's a theory that being groomed with a toothbrush reminds cats - kittens and older cats alike - of the way that their mothers groomed them when they were babies. The internet put it to the test, and... it seems like the theory is accurate.

So, take a look at these videos and pictures of cats enjoying this strange activity. Some are hesitant at first, but all seem to warm up to it after a few tries at most. Incredibly, even the ones that really don't like being petted regularly take to it. Try it too if you have a cat. I know that I will. Maybe your cat will react in the same way. For more animal cuteness, we have some tiny baby dik-diks that'll just melt your heart. 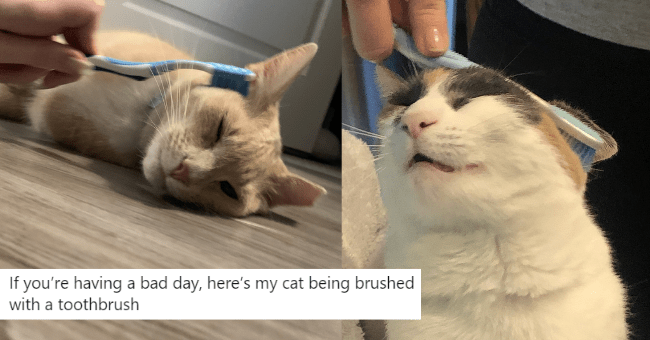 Right in front of your eyes, even...