Common Animal Sounds In Languages Around The Globe

This is neat! We've never given much thought as to what "sounds" languages around the world would give certain animals.

Not to sound naive but we definitely thought "meow" was universal for the sound a cat makes... turns out, not so much.

Creator of this super interesting and well-drawn graphics is freelance illustrator James Chapman. You can follow his Tumblr, Instagram, Facebook and/or Twitter to be kept up-to-date with these fanasinating graphics! Did you know, in English, we say dogs go "Woof," but in Romanian they go "Ham Ham?"

Just something to think about. 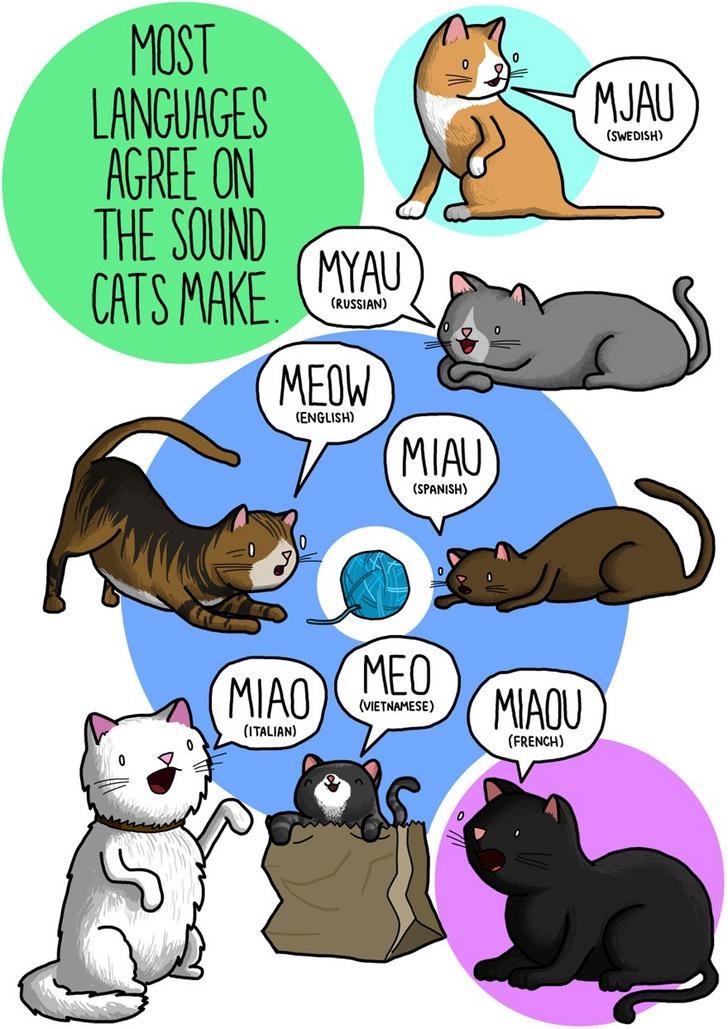