Beautiful Golden Moon Bear Is Often Mistaken For A Lion

Meet Brandy! The most beautiful moon bear in the world!

Brandy was rescued in 1999, by Free the Bears, when she was found clinging to a tree in Southern California, once a forested area that was converted to a palm oil plantation. Now Brandy currently resides at the Cambodia Bear Sanctuary, which is the world's largest sun bear sanctuary. And according to Free the Bears, Brandy is a gentle bear.

Brandy is a Golden moon bear, which is an extremely rare genetic color phase of moon bear. Whenever she emerges from the trees, you see a burst of golden yellow and because of her beautiful coloring, she is often mistaken for a lion!

Sun bears and moon bears are both vulnerable species listed on the IUCN Red List. You can help by sponsoring Brandy or even become a Bear Carer, all for less than the usual cup of coffee per week! 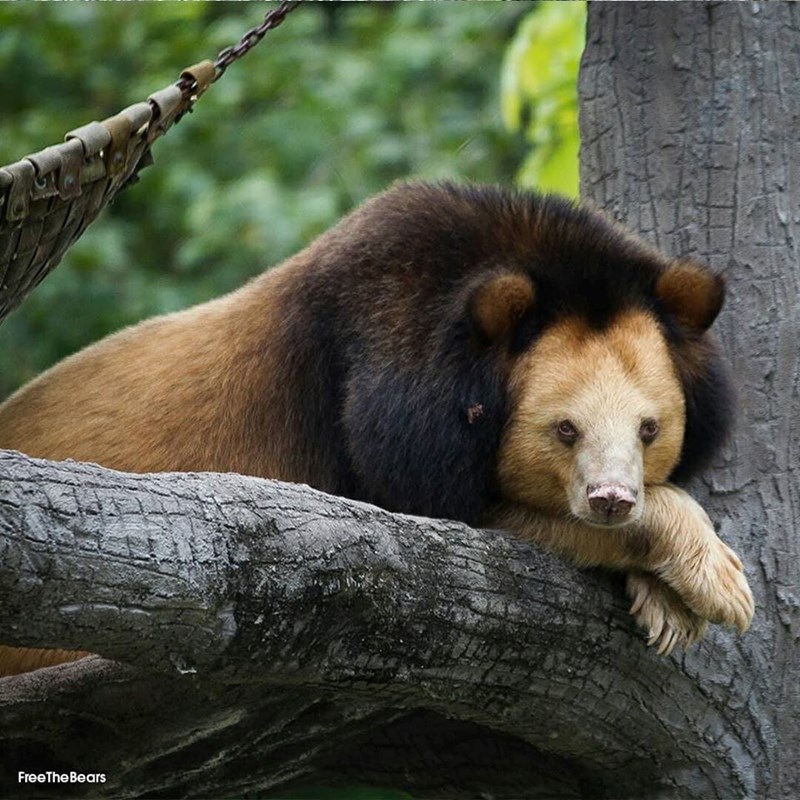