So right, these cute little critters are not capable of powered flight like birds or bats so instead, they glide between trees. Gliding seems quite an effective way to get from A to B with distances of up to 90 meters (295 ft) being covered. The direction and speed of the squirrel in midair is varied by changing the positions of its two arms and legs which in turn changes the tautness of the patagium, a furry parachute-like membrane that stretches from the squirrels wrists to its ankle. On top of all that, it has a fluffy tail that stabilizes in flight. The tail acts as a kind of airfoil, working as an air brake before the squirrel lands on a tree trunk or other object..Well, just take a look yourself.  Via: Sharesloth 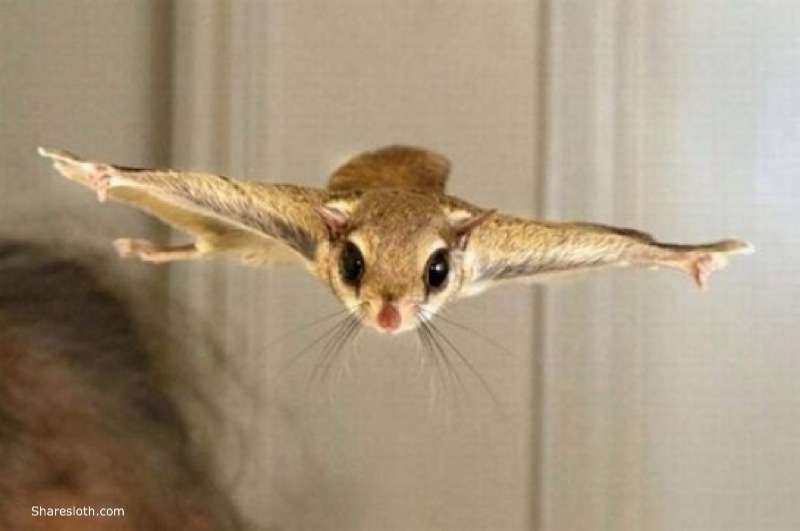 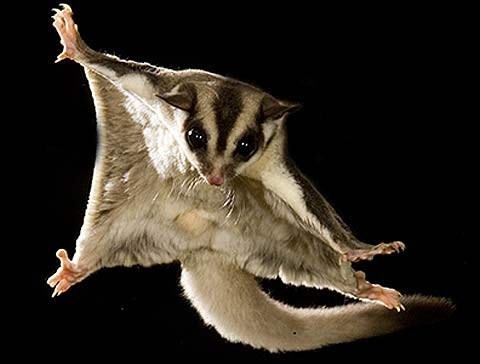 They don't call them sugar gliders for nothing! 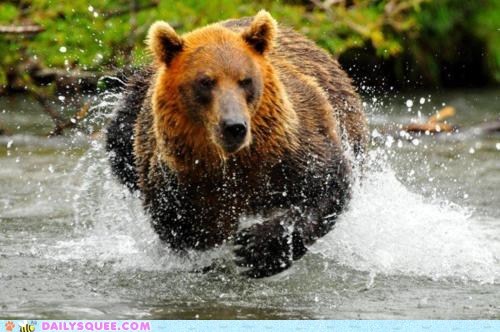