Animals Of Instagram Spotlight Of The Week: Thor, The Flying Cat

Once a week, we will be featuring an extraordinary animal account on Instagram! Their story, the adorable pictures, and pawesome videos! This week's spotlight goes to Thor, the flying cat!

This week's spotlight goes to an upcoming and rising star -- Thor. A beautiful orange cat who can jump fly into his owner's arms on command! It's quite a spectacular sight! And if any animal jumps onto you, such as Thor, that's a huge sign of trust.

We were able to get in touch with our spotlight star's owners and was shared Thor, and his siblings, story, "Thor and his siblings were born on 9/6/19 in our shed. There were 5 kittens for Momma Crook (as we referred to her, due to a crooked tail) – a barn cat that moved into our shed earlier that year. Three weeks later, I had returned from a trip overseas when my husband let me know that Crook hadn't been seen in several days and one of her kittens had passed – the other 4 were crying/hungry."

Thor's owners cared for the remaining kittens and decided to name the kittens after Marvel Comics Universe characters, due to them being their every own superhero kittens. Deciding early on that they would keep the kittens they named Thor and Pepper, the other kittens were soon adopted to forever homes, once they were old enough.

Thor's owners continue, "Thor started jumping around 2-3 months old. First onto my back as I would be leaning down to place food dishes, pick up cat toys, scoop the litter box. It wasn't until he could get onto the countertop on his own that he jumped to me, unexpectedly! After several instances of surprise kitten attacks, I decided to channel his tendency into something he would do only if prompted.

Read up on last week's star on Instagram, Charlie, the heart-eyed Dalmation! 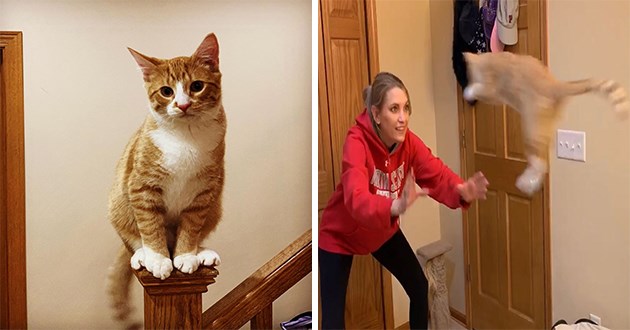 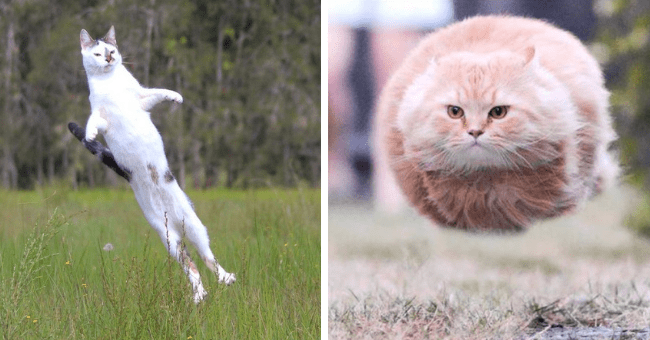