Sounds like the purrfect selfies! Only a cat can look this cute in dozens of unknown selfies from a lower angle.

A woman from China noticed her tablet was covered in the white fur of her 7-month-old cat, nicknamed Er Niu. When she opened up the tablet, she discovered that Er Niu had taken dozens of selfie pictures. And the best part? When Er Niu's owner is scrolling through the collection of purrfect selfies, you can tell the selfies really captured the adorable expressions of Er Niu.

The video of the selfies was uploaded to China's equivalent of Tik Tok called Douyin, where it went viral. 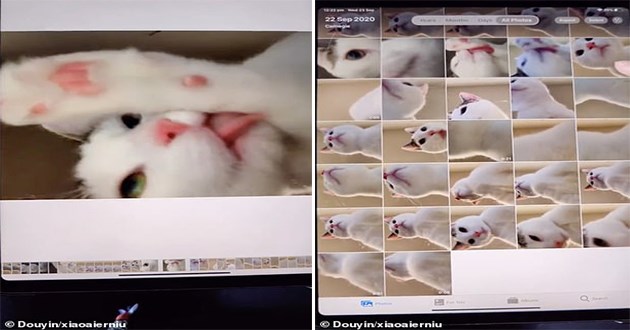