Meet The "Damascus Goat", The World's Ugliest (And Cutest) Animal In The World

The Damascus goat is an odd looking guy. For hundreds of years, he has been bred as a dual-purpose beast: for milk and meat. The Damascus goat is a relatively rare breed that hails from Syria and other Near East countries. There's also a large population in Cyprus, which was exported by the Brits in the middle of the 19th century. Also known as Aleppo, Halep, Baladi, Damascene, Shami, or Chami goats, they are popular in goat beauty competitions, notably winning the "Most Beautiful Goat" title at the Mazayen al-Maaz competition in Riyadh, 2008. About 50% of Damascus goat births produce twins and the kids grow quickly, thanks to the genetically superior quality of their mother's milk. The Damascus goat's milk is particularly easy to digest, and has become a popular choice for cheese manufacturers in the region. 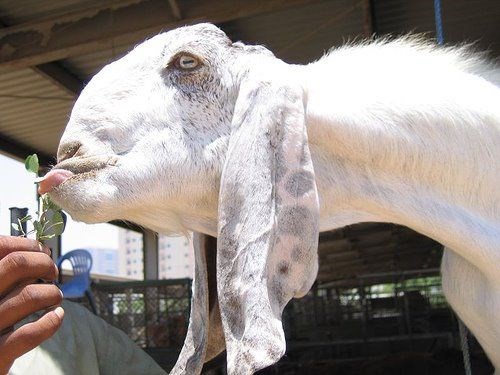