This is one of the cutest Twitter threads we've seen in a while! Cat beds that are actually being used by cats? What is this dark magic?

As a cat owner, we know cats generally don't sleep in whatever bed you tend to buy for them but will spend countless hours inside an old cardboard box. Yet, for some reason, the cat bed from IKEA is changing things up!

Twitter user @MaudFeijt recently created an adorable little bedroom for her two cats, complete with two beds from IKEA. She shared the photos on Twitter and the tweet soon went viral as others began sharing their IKEA beds for their pets.

We have a theory, stick with us on this one. What if cats are so intelligent that a regular cat bed is an insult to them? What if the fact that the IKEA bed is a miniature version of our beds is the reason they like it so much? They see themselves as our equals and therefore deserve the same style bed as we have. But then again, the whole cardboard box thing sends this theory into the garbage. 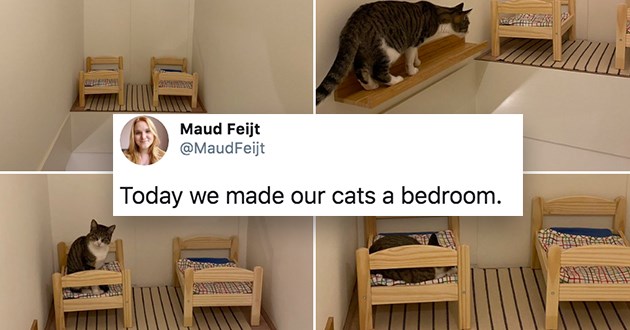