Approximately, two weeks ago at a farm on the Mediterranean island of Sardinia, Italy, an Italian sheep farmer named Cristian Mallocci noticed that one of his 8 dogs, Spelacchia, gave birth to a litter of 5 puppies, one of which was born with green fur.

All the other pups in the litter had white fur, just like their mother. Not pistachio. However, while the phenomenon is rare, there is an explanation behind it. You know when you get a bruise and it turns green? Well, that substance is known as biliverdin. It is assumed that when puppies with pale fur have contact with that green pigment, biliverdin, within their mother's womb, then they'll take on a green tint. 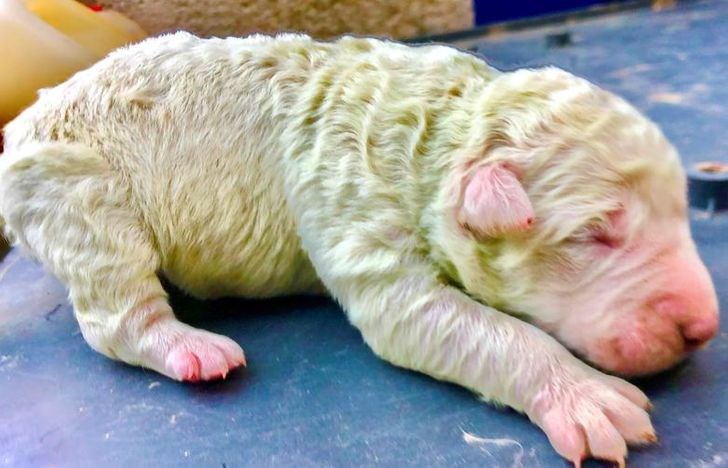 The litter is a little strange, too.