Goggie ob teh Week FACE OFF: Australian Kelpie vs. Pumi 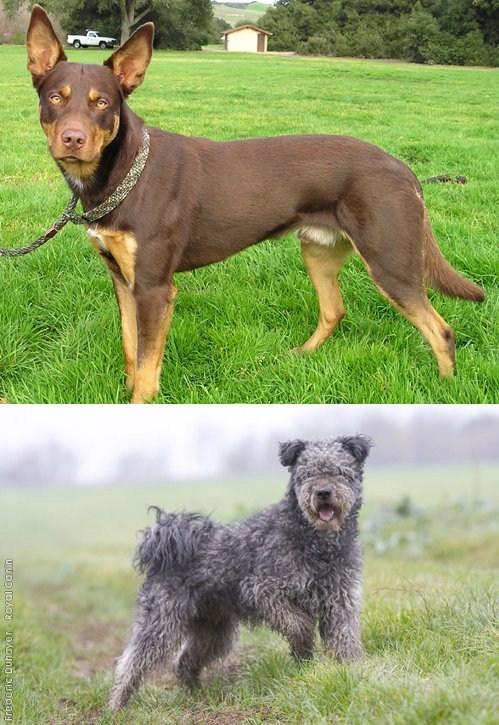 Fun fakts about teh Australian Kelpie: "The Kelpie is an Australian sheep dog successful at mustering and droving with little or no command guidance. Kelpies have been exported throughout the world and are used to muster livestock, primarily sheep, cattle and goats."

Fun fakts about teh Pumi: "The Pumi is a medium-small terrier-type breed of sheep dog from Hungary. It originated in the 17th or 18th century, when shepherding terriers were brought to Hungary from Germany and France."