I'll be With You Every Step of the Way 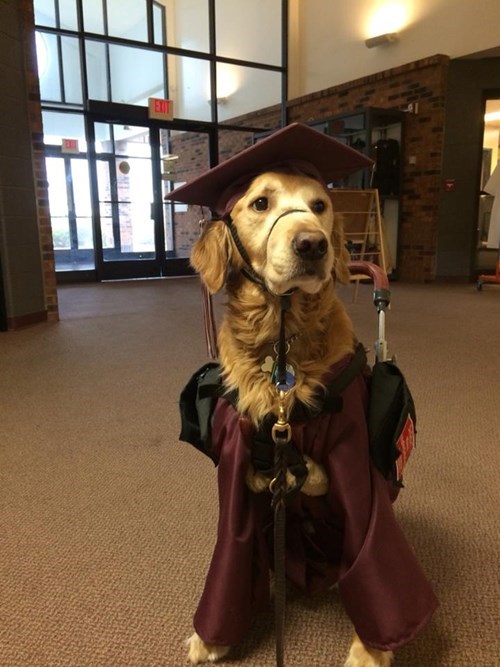 A young lady with Cerebral Palsy is graduating, and her service dog is all suited up for the occasion. 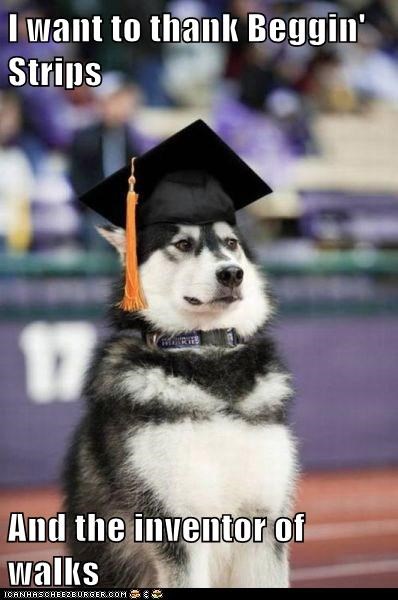 I want to thank Beggin' Strips and the inventor of walks. 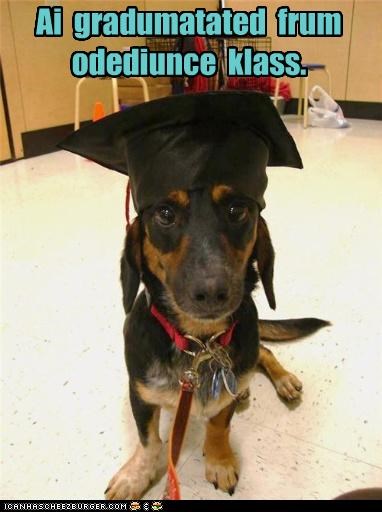 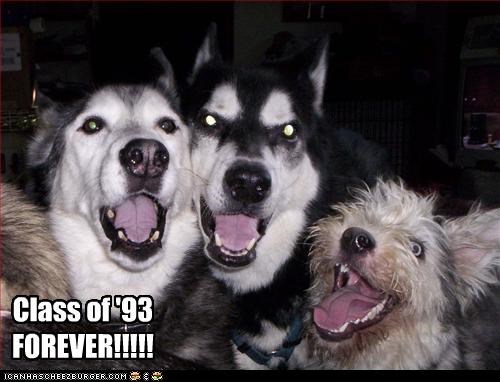 Josh Kelly suffered from epilepsy, a brain disorder that forced him to drop out of high school nine days before graduation. For nearly a decade, Kelly attended Idaho State University working toward a degree in geology, with his service dog, a black pit bull named Cletus, by his side. The pair would dutifully walk two miles both ways to catch the bus to campus.

Unfortunately, Kelly passed away in February just two classes shy of his degree. Nonetheless, ISU granted him a posthumous degree on May 10. In the young man's place, Kelly's tearful father, Terrell, walked across the stage with Cletus by his side and accepted the diploma.